Home » Celebrities » The Spice Girls perform in the rain in Bristol

‘Drenched Spice!’ Emma Bunton shares sodden picture of herself after fans praise the band for performing in the torrential rain on stage in Bristol

Flash-floods hit the country on Monday, with more bad weather expected for the next day.

And the Spice Girls really could have done with a roof  when they performed at the Ashton Gate Stadium in Bristol that evening.

Baby Spice, aka Emma Bunton, 43, shared a picture of herself soaked through after taking to the stage with her three bandmates. 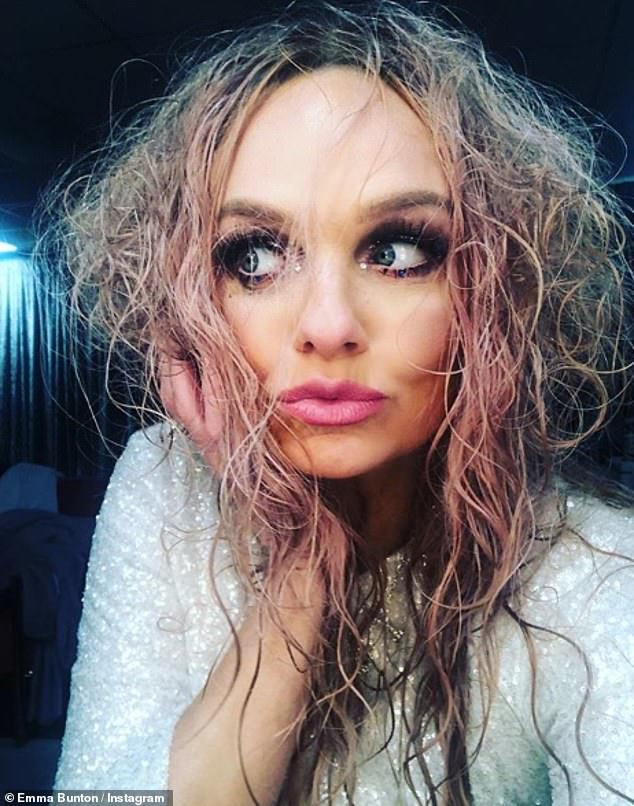 ‘Drenched Spice:’ Emma Bunton shared a sodden picture of herself on Instagram on Monday night after fans praised the band for performing in the torrential rain on stage in Bristol 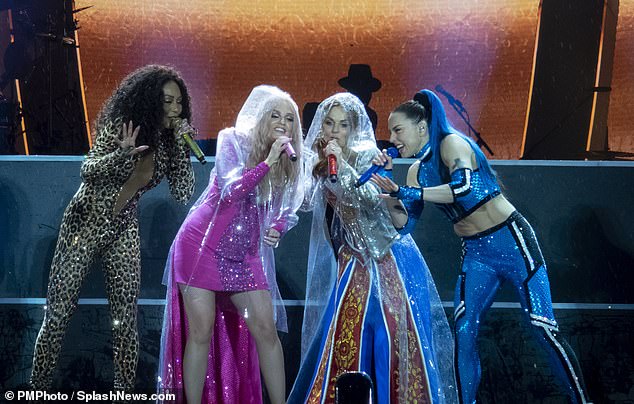 Practical: Emma and Geri Horner (second from right) wore plastic hooded coats for their performance in the rain, but Mel C and Mel B chose to go without

Emma and Geri Horner, 46, wore plastic jackets with hoods as they performed their greatest hits to the crowd, but that didn’t deter them from getting soaked.

Mel C, 45, and Mel B, 44, declined to wear theirs as they joined the other ladies on stage. 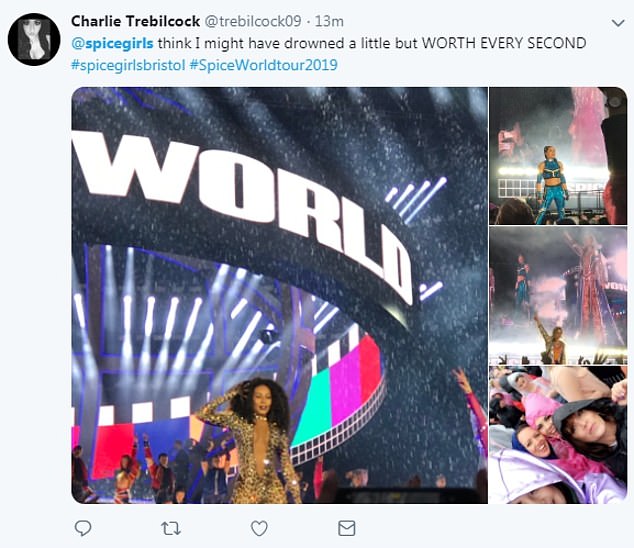 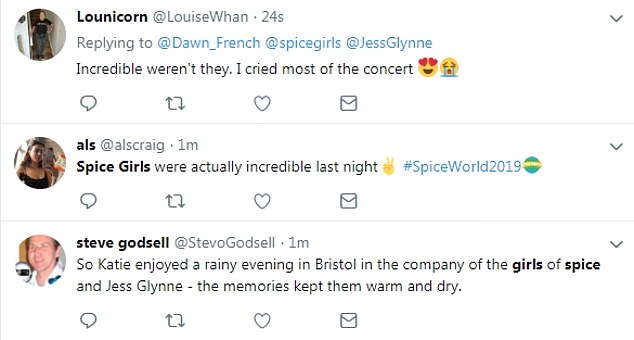 They smashed it: Fans praised the girls for giving it their all on stage in such bad weather conditions

Fans went wild for the effort the ladies put in during the performance.

They wrote: ‘Incredible weren’t they. I cried most of the concert.’

‘So Katie enjoyed a rainy evening in Bristol in the company of the girls of spice and Jess Glynne – the memories kept them warm and dry.’ 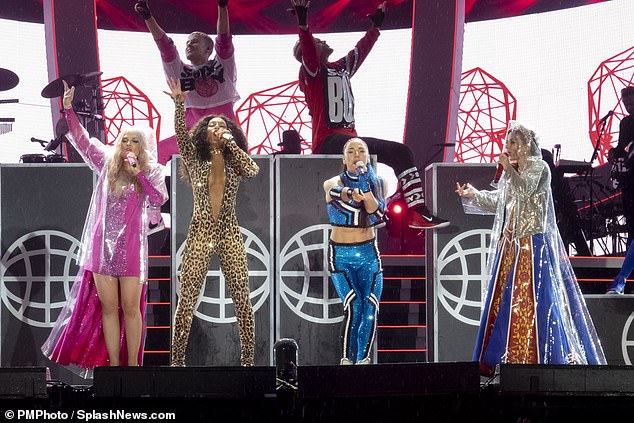 Nothing can dampen their mood: The lovely ladies gave it their all on stage 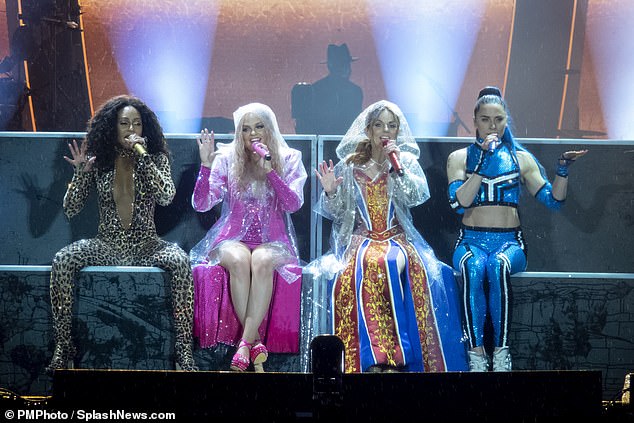 Anyone got an umbrella? The ladies have six more dates to perform out of the 13 and will be heading to Wembley Stadium for their next gig on June 13 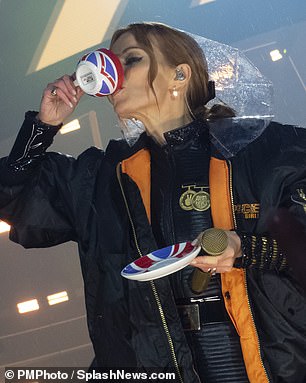 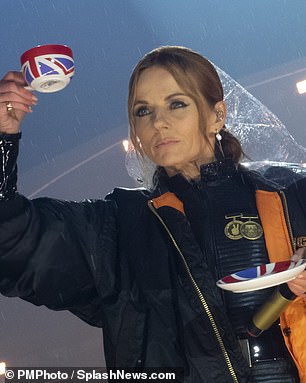 That’s one way to keep warm: Geri had a cup of tea in hand, in her trademark Union Jack print of course 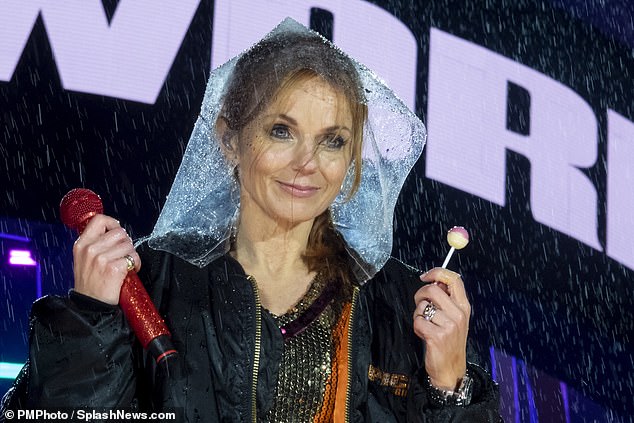 Always look on the bright side of life: Geri sucked on a lollipop as she powered on through 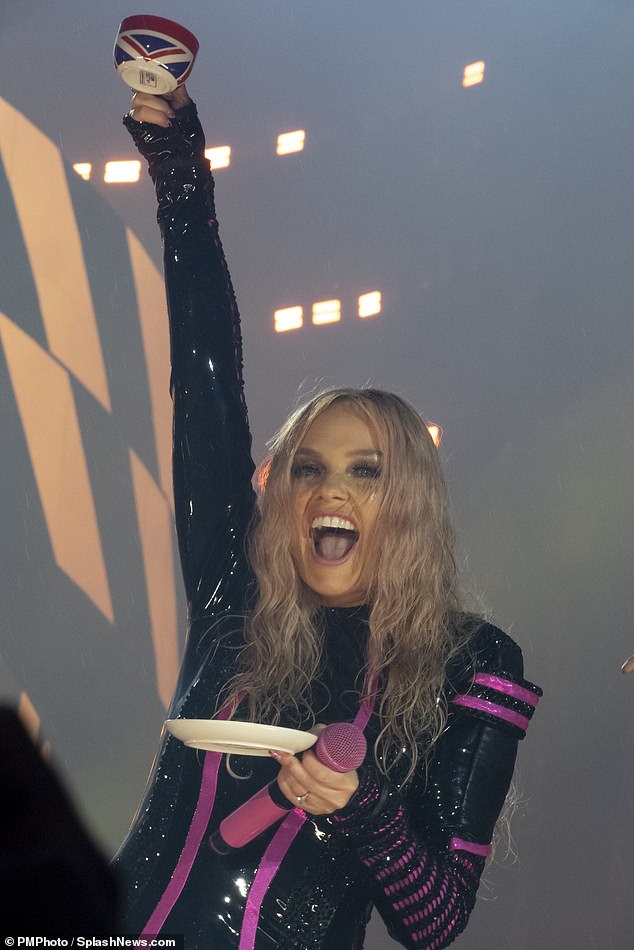 You go, girl: A soaked Emma also enjoyed a tea and threw her cup up in the air in delight

‘@spicegirls think I might have drowned a little but WORTH EVERY SECOND #spicegirlsbristol #SpiceWorldtour2019.’

The ladies have six more dates to perform out of the 13 and will be heading to Wembley Stadium for their next gig on June 13.

Victoria Beckham, 45,  is expected to be attending one of their London gigs but from the audience rather than the stage, sadly.

She has just returned from a holiday in Miami with the rest of her family. 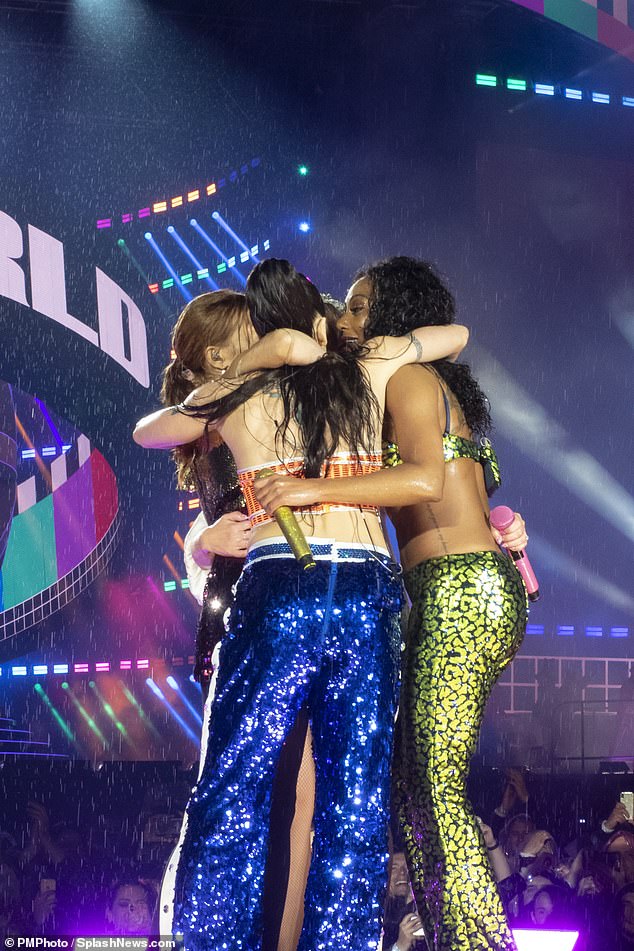 Downpour: The girls had plenty of love for one another as the rain came lashing down 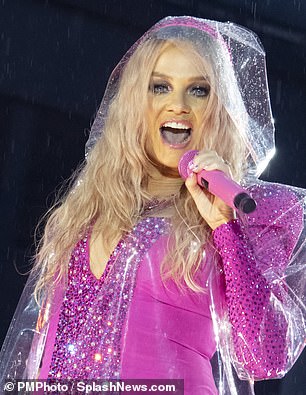 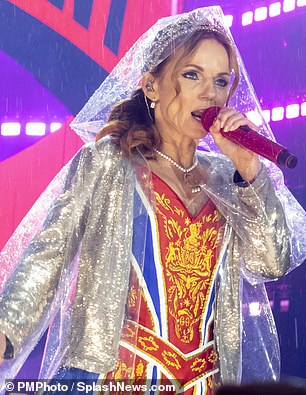 Rain? What rain? Emma appeared to be a true professional as nothing stopped her in her tracks (left) 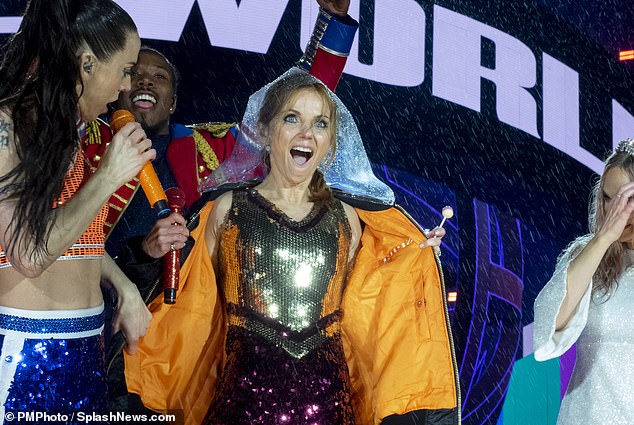 Looooook at me: Geri gave a cheeky flash as the elements belted it down 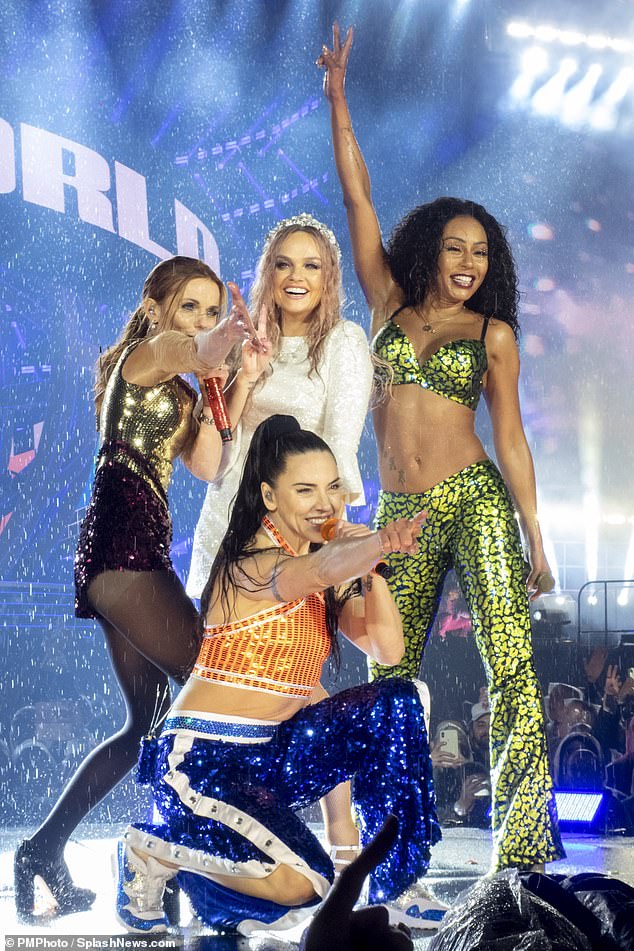 Come what may: The girls had big smiles on their faces as they perfected their moves 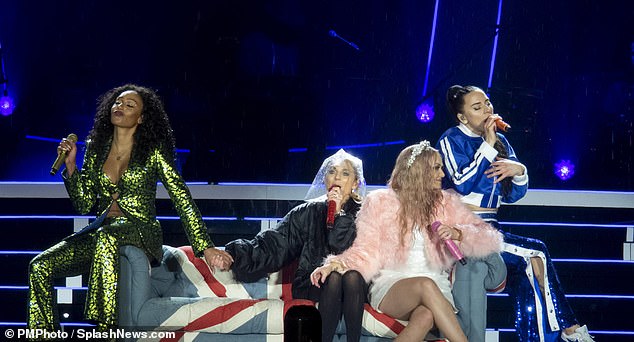 Having a little sit-down: No doubt the lovely ladies needed a rest as they performed one of their ballads