The Jonas Brothers are back, and they’re about to influence your drink order.

Featured on BAZAAR.com‘s latest digital cover, Nick, Joe, and Kevin Jonas each opened up about the journey they’ve been on to reunite their band. And interviewer Jason Gay noted that the Jonas Brothers are way more relaxed than they were when he first met them in 2008 for a Rolling Stone cover story.

Writing for BAZAAR.com, Gay explained, “Kevin, now 31, is enjoying a beer, and when Nick, 26, and Joe, 29, arrive, he orders tequila—until Joe waves him off for a pair of Aperol spritzes.”

Gay continued, “There’s a brief discussion of a recent New York Times story that slammed the Aperol spritz as a terrible drink. ‘I highly disagree,’ Joe says. Snacks are summoned. Nick orders caviar, sounding like a man who knows how to order caviar.”

Joe even took his love of the Aperol Spritz a step further by posting an Instagram Story featuring the drink. He also made sure to tag Nick in the post, as clearly there is a lot of brotherly love for this particular cocktail: 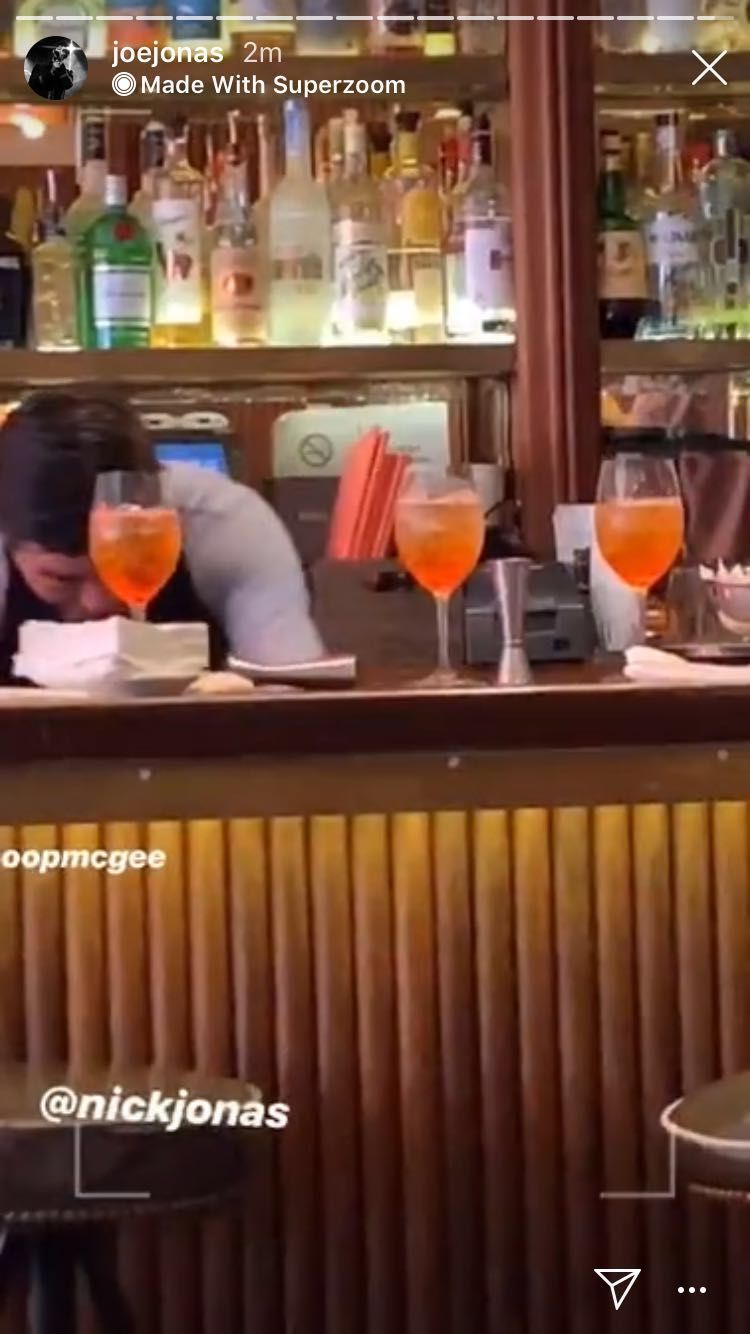 Basically, if you were wondering whether or not you could order an Aperol Spritz this summer, then the answer is most definitely yes, and it’s all thanks to the Jonas Brothers.