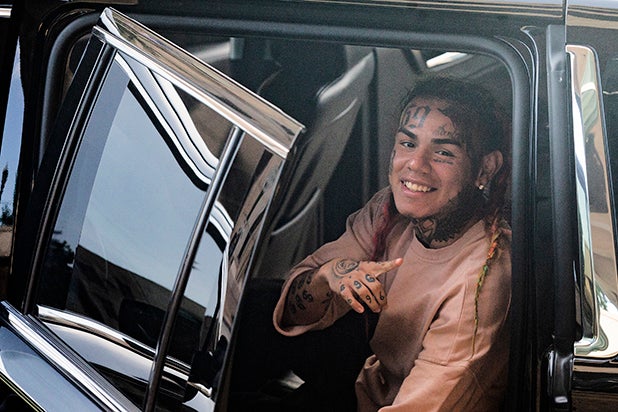 The rapper Tekashi 69 has been released from prison early due to fears about the spread of COVID-19.

The move comes after U.S. District Judge Paul A. Engelmayer, the judge who sentenced the rapper to prison, advised that he be moved to home confinement for the remaining four months of his two-year prison term.

The judge handed an order for the rapper’s release from Queens Detention Facility on Thursday following a petition by his lawyers. The rapper, whose real name is Daniel Hernandez, requested compassionate release last month, arguing that his asthma condition made him particularly at-risk during the pandemic.

“Mr. Hernandez has been complaining to prison officials this week of shortness of breath, but apparently the warden of his facility will not allow Mr. Hernandez to go to the hospital despite the recommendation of the facility’s medical director that Mr. Hernandez be treated by a doctor at a hospital,” his lawyers said at the time.

Tekashi 69, who is also known as 6ix9ine, was sentenced to two years in prison late last year on firearms and racketeering charges. Hernandez originally faced up to 37 years in prison but was allowed leniency after testifying against members of the Nine Trey Gangsta Bloods gang.

“Had the Court known that sentencing Mr. Hernandez to serve the final four months of his term in a federal prison would have exposed him to a heightened health risk, the Court would have directed that these four months be served instead in home confinement,” Engelmayer wrote in his order advising release earlier this week.

Pamela Chelin contributed to this report.