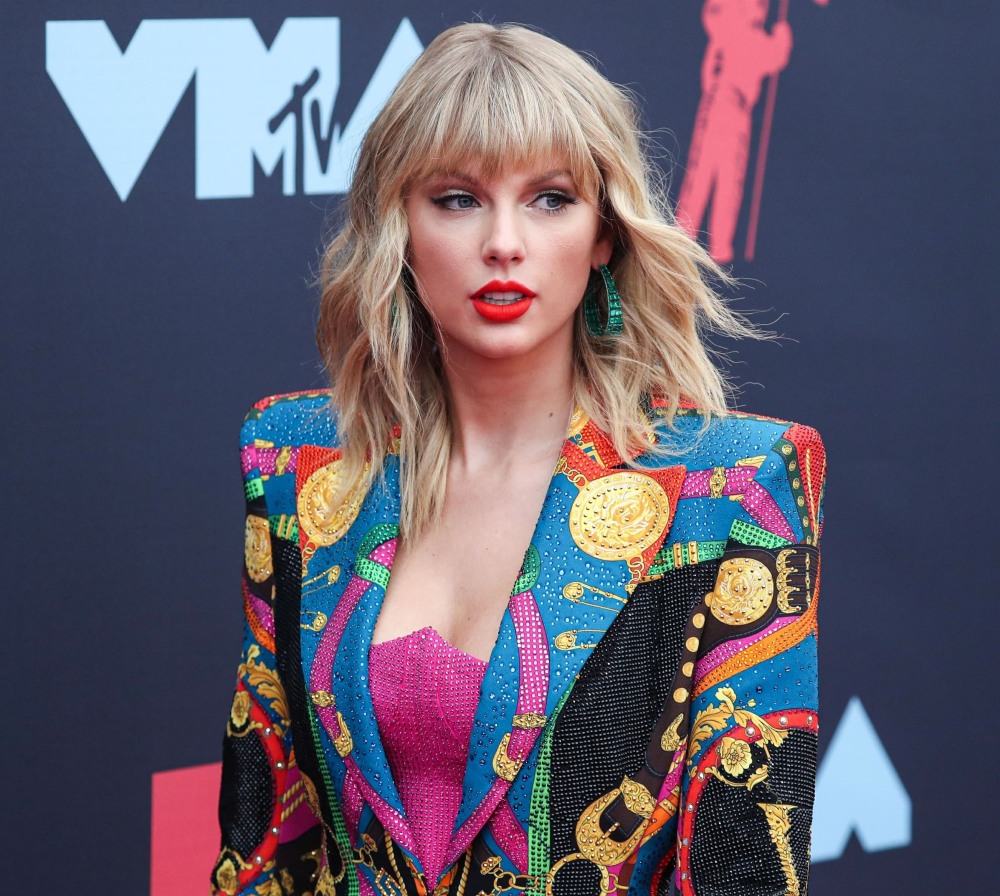 As we discussed, Taylor Swift is in some hot water. Or maybe just “very warm water.” While Taylor dropped her latest album, folklore, with zero advanced press or fanfare, she did organize a huge merchandise campaign, and originally, the merch included the label “The Folklore Album.” The labels looked a lot like the labels/branding for The Folklore, a Black-owned business. Amira Rasool owns The Folklore, and as soon as she caught a glimpse of Taylor’s merch, she contacted Taylor’s people. Taylor and Rasool’s teams have been talking and Taylor has already changed the labels, dropping “the” from “the folklore album.” Rasool said more to WWD:

When Amira Rasool saw the merch one week ago: “I was so surprised and so shocked and it was really devastating. I saw it happen to small Black business owners, and I was really sad,” she said. She had her lawyers at Fenwick & West reach out to Swift’s team to let them know about the similarity in the logo design and how it was causing confusion in the market. Rasool said she had already received an e-mail from one of Swift’s fans inquiring about the album’s digital download.

This is interesting: “The main thing was having ‘The Folklore’ when the album was just called ‘Folklore,’” Rasool said. She also believes there was similarity to the way the word “the” in the logo was vertically placed. She said if one Googles “The Folklore,” Rasool’s logo comes up, and she feels Swift’s people would have seen that. Swift is making sweatshirts and merchandise, along with a cardigan that ties in with one of her songs.

Taylor’s management’s statement: “Yesterday, we were made aware of a complaint that the specific use of the word ‘the’ before ‘Folklore album’ on some of the Folklore album merchandise was of concern. Absolutely no merchandise using ‘the’ before the words “Folklore Album” has been manufactured or sent out. In good faith, we honored her request and immediately notified everyone who had ordered merchandise with the word ‘the’ preceding ‘Folklore Album,’ that they will now receive their order with the design change.”

What The Folklore is all about: The Folklore, a New York-based web site that received its trademark in 2018, features more than 30 designers from Africa and the diaspora and serves as a cultural hub for contemporary brands, artists and creates to showcase their personal stories. Most of the fashion, accessories and homewares are handmade by local artisans based in South Africa, Nigeria, Ghana, Morocco and Cote D’Ivoire. In addition to operating as an online concept store, The Folklore also provides wholesale services to African designer brands interested in penetrating the global retail market. “It’s not just damaging to one Black woman, it’s all the brands that we work with,” Rasool said. All of her web site’s merchandise says “The Folklore” on its hangtags, but the actual designer’s name is on the inside label. Rasool said she eventually plans to make merchandise with “The Folklore” label.

The snake fam attacked Rasool: Rasool said Swift’s fans were attacking her on Twitter for speaking out “and calling me b—h and a liar…She [Taylor] has stood up and defended her trademarks before. She’s a big proponent of people standing up and speaking out. For me to be attacked and say I’m doing this for attention…,” she said. People on Twitter were vehement, saying there was no similarity in the logo’s design. But the name is the same. “I think there was a lot of damage to my brand for me speaking out. I don’t think I deserved that.”

Interesting how WWD dropped the most important legal issue in there – Rasool owns the trademark for “The Folklore.” And before last week, “The Folklore” site was one of the first hits on Google, so clearly… people on Taylor’s team did not do their due diligence before the merchandise was made. I also think the statement from Taylor’s team doesn’t make much sense – “Absolutely no merchandise using ‘the’ before the words “Folklore Album” has been manufactured or sent out.” Clearly, the merch was manufactured. The merch was not sent out, because they began changing the labels (to the merch which was manufactured!). I mean, how did Rasool know there was an issue if the merch had not already been manufactured, you know?

Anyway, all of that to say, Taylor did respond to one of Rasool’s tweets yesterday. I feel like Taylor is trying to do right. Now. After her team clearly f–ked up and after her unhinged fans attacked Rasool online. Also: “contribution to your company” might be code for Taylor paying a quiet settlement for stepping all over Rasool’s trademark. 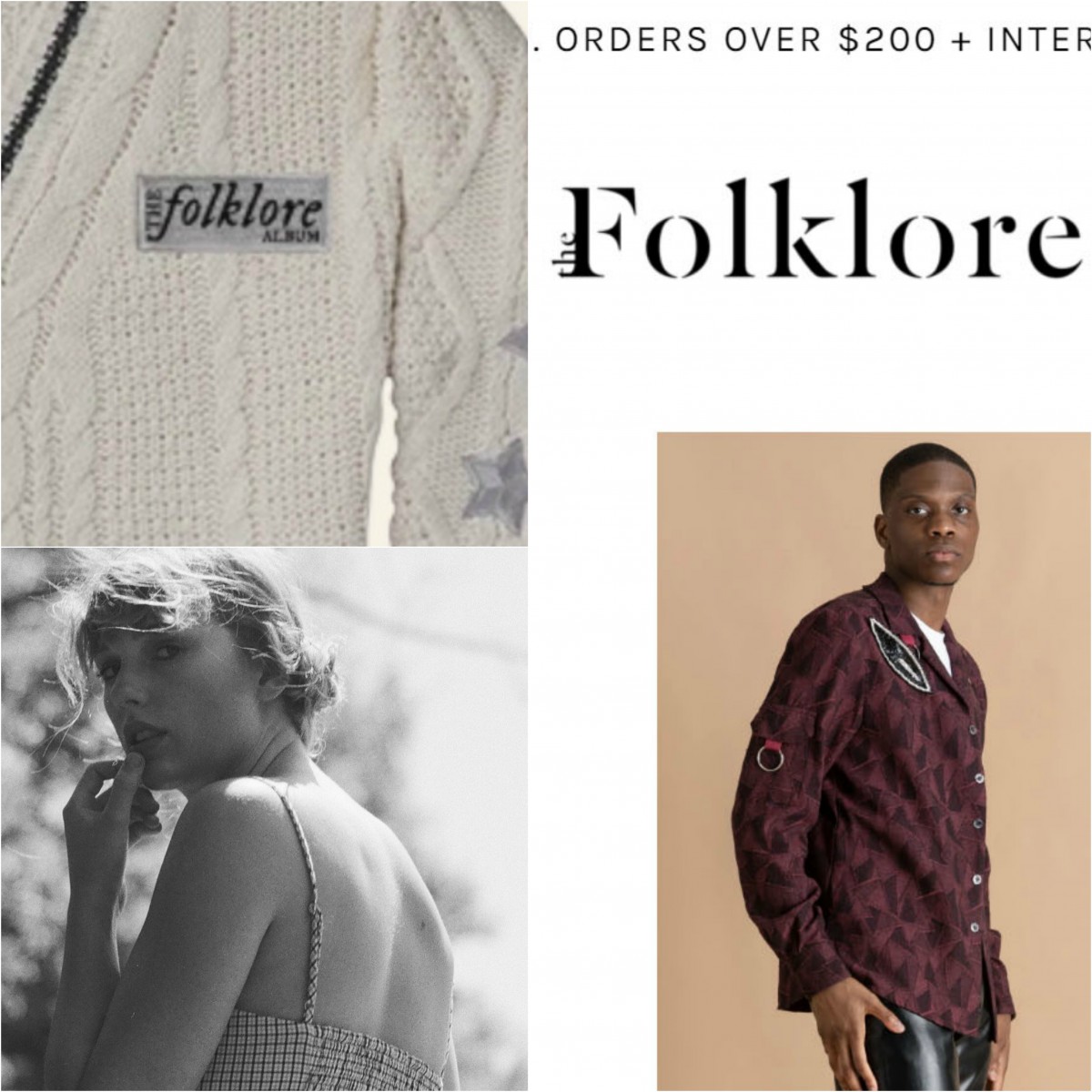 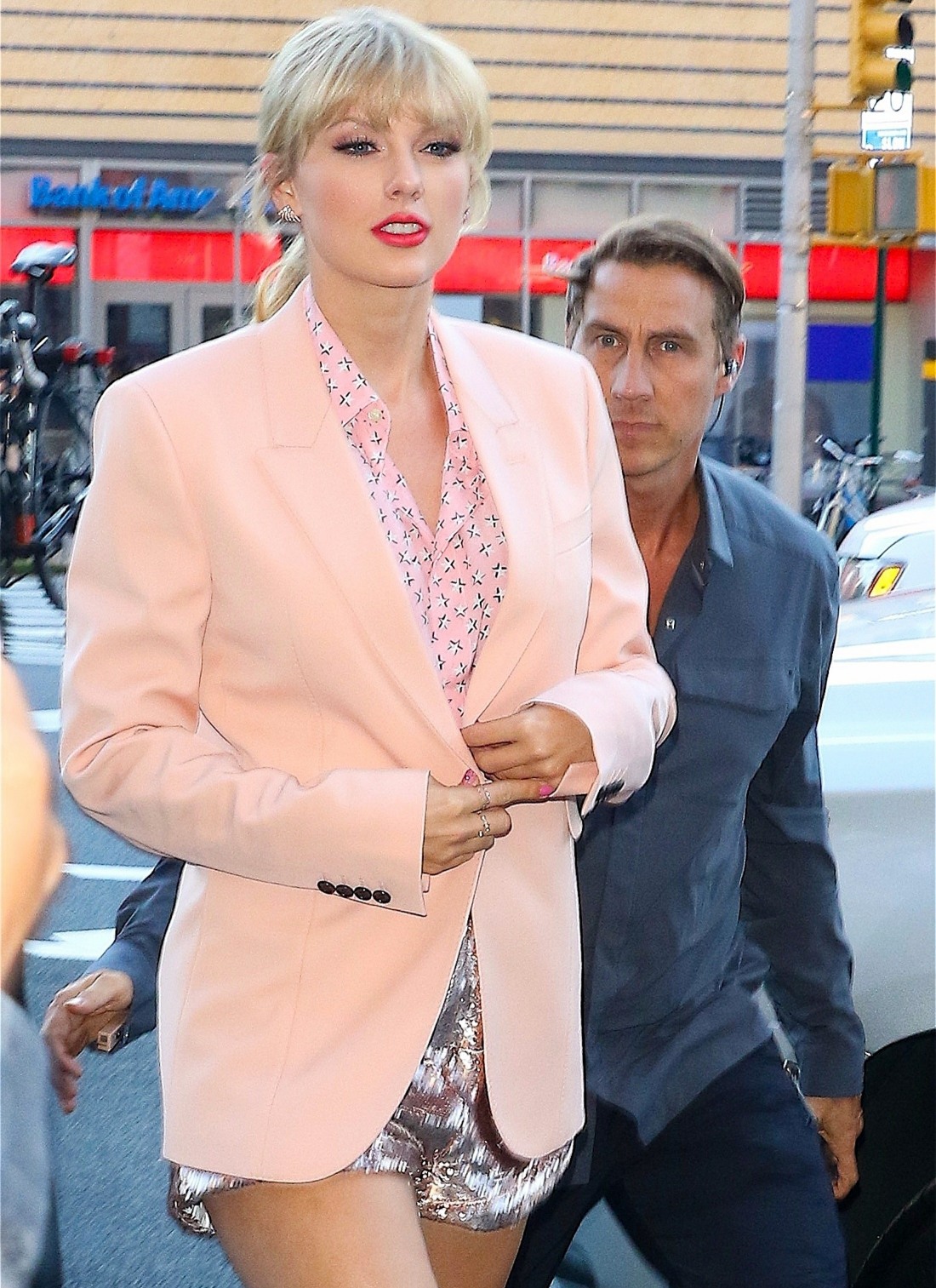