Home » Celebrities » Tamron Hall on not producing enough milk for her baby: It broke me 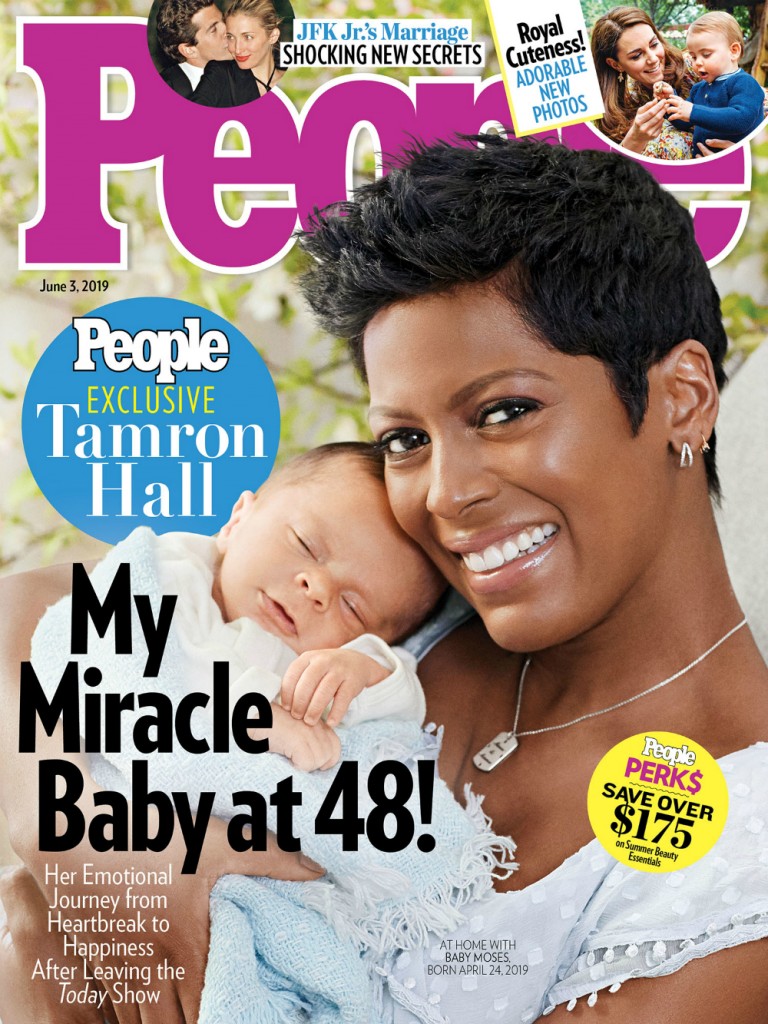 Tamron Hall is preparing for her new eponymous talk show in September. She announced the show last October. This is fantastic news, of course, since Tamron is a respected and engaging journalist. The first week of March, Tamron announced that she had, at some point, married her boyfriend Steven Greener and that she was 32-weeks pregnant. Tamron is 48 years old and told People that in addition to her age, there were other medical factors that made hers a high-risk pregnancy. She’d sought fertility treatments in her 30s but was not successful so when she finally got pregnant last year, she was too afraid of losing the baby to announce it. Fortunately, she had a healthy pregnancy and gave birth to a healthy baby boy named Moses on April 24th. But, like most mothers, Tamron has met her share of challenges since giving birth. One that took a toll was not producing enough milk to feed her son.

Despite the long road it took to get her baby boy Moses finally into her arms, Tamron Hall admits she feels “insecure” about being a new mom at times.

“I went into this thinking, ‘Breastfeeding is my goal, but if it doesn’t work, fine. There’s formula. I’m going to look at this rationally,’” recalls Hall, 48, of the time ahead of Moses’ April 24 arrival. “But cut to three weeks later, and I’m not able to pump out enough milk, and my supply just isn’t there.”

“And I’m getting freaked out by, ‘Is he drinking enough?’ Because you can’t measure milk from your body,” she continues. “When he was crying, I’m thinking, ‘Is it because he’s starving?’ The anxiety went from my feet all the way up, and it affected my production of milk. It affected my self-esteem.”

It was even more difficult for the former Today host to deal with when she saw other moms succeeding at milk production, finding it hard not to compare her own situation.

“Jessica Simpson posted something showing how much breast milk she had produced, and I was shaking my fists at the sky like, ‘Jessicaaaa Simpsonnnn! You and your milk supply!’ ” Hall jokes. “[Husband Steven Greener] came home one day and said, ‘Are you okay?’ I was just lost behind the eyes because something I swore three weeks ago would not break me had, in fact, broken me. I was feeling so insecure.”

“A mentally healthy mom is best, and this was breaking me down,” she reveals to PEOPLE. “I started calling all my friends who have breastfed, and a couple of them confessed to me, ‘Listen, at night I gave formula so I could sleep.’ I’m like, ‘You’re just telling me this now? I’m about to knock back a bottle of Jack Daniels!’ “

“You see how afraid we are of being judged, and then when I would get one-on-one with my friends, we’d all peel back those masks that we put on as women, as moms, and suddenly we’re all the same,” she says.

A lot of what Tamron said is so relatable. There have been countless times that I swore something wouldn’t bother me only to have it cripple me with insecurity once it happened. Of course, everything is compounded when you add crazy postpartum hormones, which I think is one of the reasons breastfeeding affects new moms so much. That and, as Tamron said, we assume we’re being judged even if we aren’t. It’s important that we do keep speaking up about these issues. It’s not just so others know they are not alone or not doing anything wrong, but so we can share information and solutions as well.

There is kind of an unwritten assumption that if you have a baby after struggling, you aren’t supposed to complain about anything. That’s not true and I’m glad Tamron is not adhering to it. Just like Tamron talking about leaving NBC in 2017 when they gave her spot to Megyn Kelly. Leaving freed her up, she met her husband, had Moses and landed this new show she calls her dream job. And all of that is wonderful, but she still gets to complain about how she was treated on the Today show. I’m thrilled for Tamron and her new family and I can’t wait to help support her new talk show in September.

Moses & Mama!! I can’t wait to introduce y’all to my #sonshine. Photo credit: Dad who can’t stop crying tears of joy. Thank y’all for the love and support. It got us here.

Moses & Mama!! I can’t wait to introduce y’all to my #sonshine. Photo credit: Dad who can’t stop crying tears of joy. Thank y’all for the love and support. It got us here. 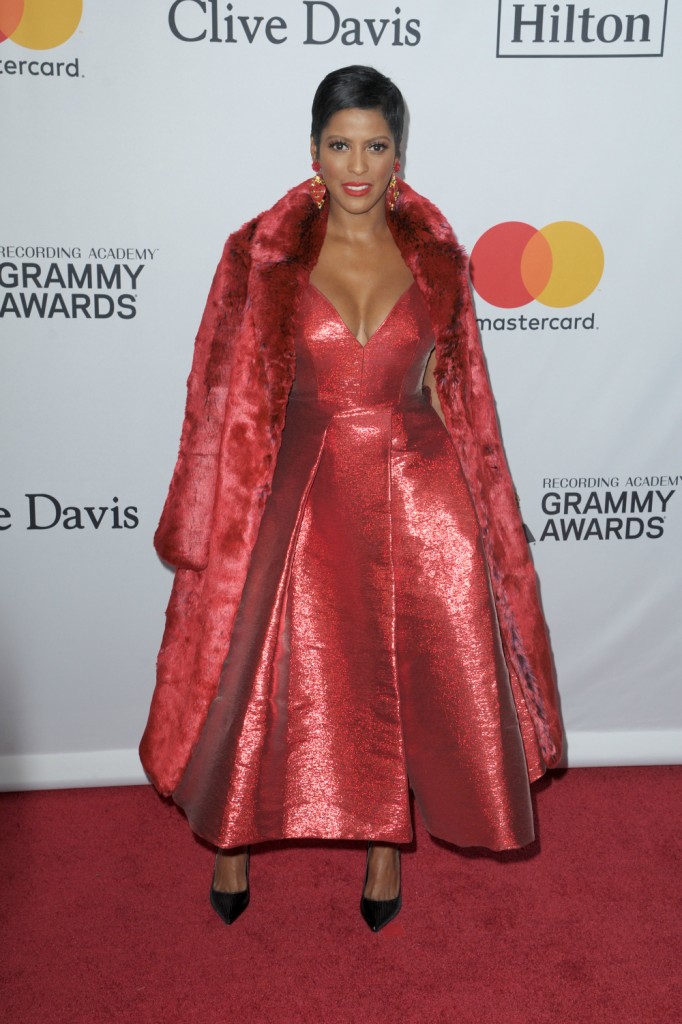 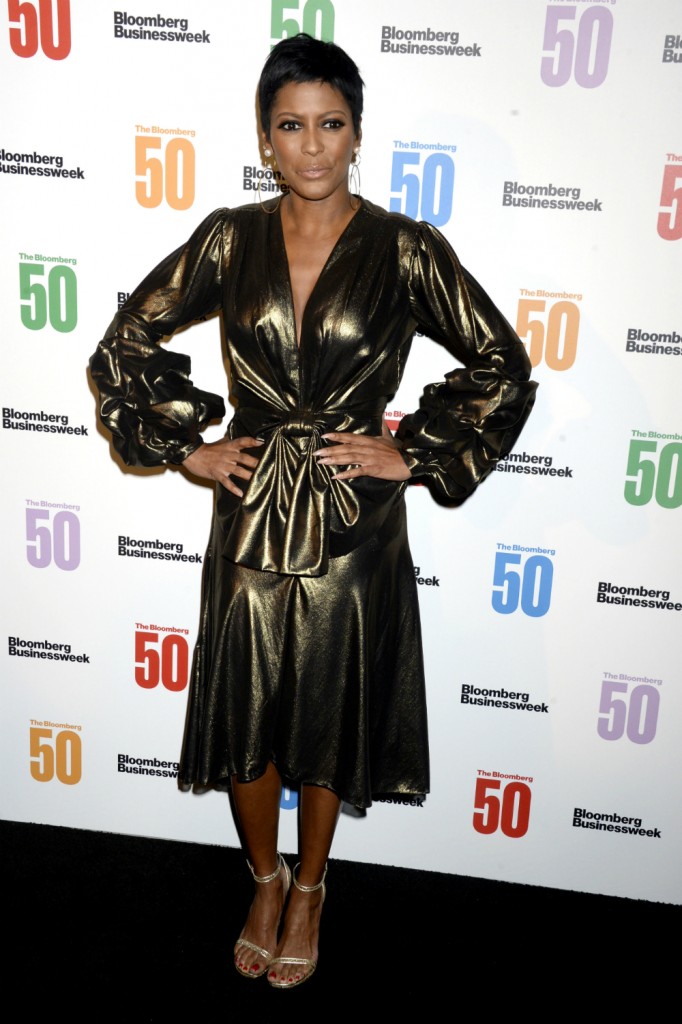