GMB: Piers Morgan jokes about 'quitting live on air' in 2018

Susanna Reid, 50, and Piers Morgan, 55, have been co-presenters on Good Morning Britain for the past five years. The latter announced he was stepping down from his hosting gig on the news programme following comments he made towards Meghan Markle.

The GMB host has since reacted to her former colleague’s departure after Piers shared a snap of his packed-up boxes, alongside a cardboard cutout of his co-star Susanna.

Taking to Twitter, the Life Stories host explained that it would be “creepy” for him to take the image of his co-star home with him.

After spotting his post, Susanna has since spoken out as she thanked Piers despite him giving her plenty of “reasons to eye-roll”.

In view of her 823,000 followers, the TV star retweeted the post and added a candid message. 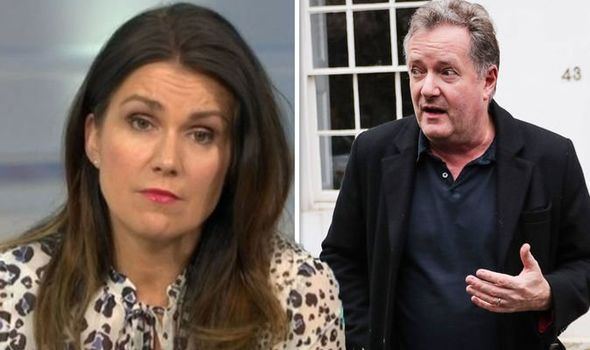 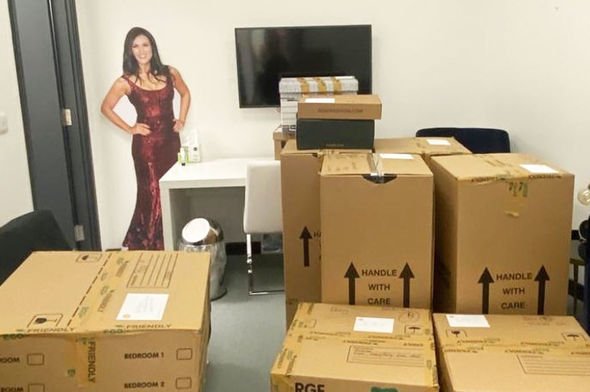 Susanna penned: “End of an era. Thank you for five incredible years of rows, rants & reasons to eye-roll.”

“(I think I’ll leave the cardboard cut-out, would be a bit creepy to take that home…).”

Susanna’s post comes as a viewer took aim at the former GMB presenter. 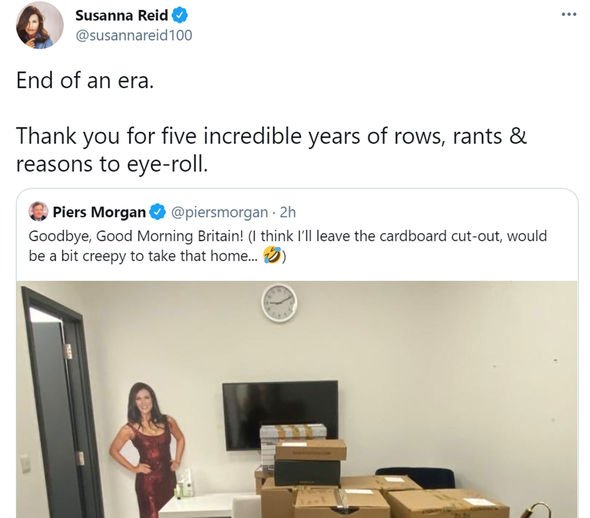 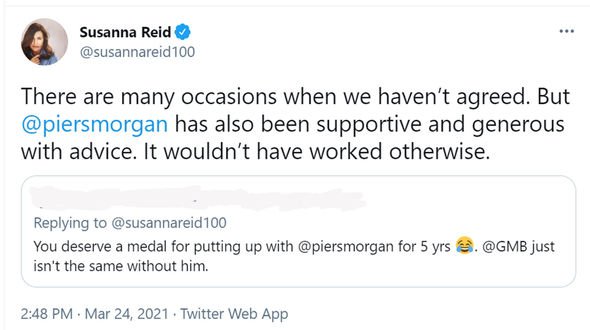 The person in question wrote: “You deserve a medal for putting up with @piersmorgan for five years. @GMB just isn’t the same without him.”

Susanna retweeted the message and penned: “There are many occasions when we haven’t agreed. But @piersmorgan has also been supportive and generous with advice.

She added: “It wouldn’t have worked otherwise.”

Fans rushed to comment on the post, as many admitted they enjoyed the presenting duo’s working dynamic.

One wrote: “You both worked well together, I don’t know how it worked, but it just did.”

“Loved your banter and exchanges – this household vote for Kate to join you,” another commented.

While a third added: “You two were such a good combo, you were different, but your personalities complimented each other so well. I’m sure you’ll both miss each other in the work environment, but will always be great friends. I’m sure.”

Piers left the show earlier this month after refusing to apologise for comments he made about Prince Harry’s wife Meghan.

The outspoken journalist stood by his remarks following Meghan and Harry’s explosive interview with Oprah Winfrey.

The Duchess of Sussex said she felt suicidal during her time as a senior royal and feared being left on her own.

After sparking over 51,000 Ofcom complaints with his comments, Piers stepped down from his role after five years.

He later confirmed he had to “agree to disagree with ITV” about his departure as he refused to apologise.