Home » Celebrities » 'Sonic the Hedgehog' Movie Review: The Fast and the Furryous

Once again, the title of First Great Video Game Movie is still on the table. Sonic the Hedgehog is not it. It’s not bad. The kids at the press screening enjoyed it, but it’s no Street Fighter: The Movie even.

It’s really just Sonic (voice of Ben Schwartz) plopped into a generic CGI family movie. Maybe there wasn’t much story in the video game but there’s plenty of story available in cinema. They can do better than this.

The opening of Sonic the Hedgehog is the most like the Sega Genesis game. Sonic zooms around in a 3D rendering of the video game’s loops and caves. Baby Sonic’s mentor Longclaw explains why Sonic has to hide because villains will always want his power. So she uses rings to send Sonic to Earth, along with a bag of rings he can use if he ever needs to leave again.

Longclaw is a brand new character invented only to explain how the movie is using the video game’s rings and then never to appear again. That seems like a long way to go to create a brand new character just to give exposition in one scene. Sonic calls Longclaw his Obi Wan. So not only is she minor, she’s a knock off too.

Sonic hides on Earth but when his electric power blows his cover, the government brings in Dr. Robotnik (Jim Carrey) to find him. Green Hill, Montana sheriff Tom Wachowski (James Marsden) accidentally causes Sonic to send his rings to the top of a building in San Francisco, so teams up to help Sonic recover them.

There are plenty of movies where a magical creature appears in our world and humans have to help them get home, or get the thing to save their world or whatever. It’s Transformers, it’s E.T., it’s the live-action Smurfs movie. This time it’s Sonic the Hedgehog.

The quest for the rings has some fun action scenes that use some of Sonic’s speed powers. They use the accoutrements of Sonic’s video game powers but they don’t feel integral to the story. They also repurpose Quicksilver’s slow motion powers from the X-Men movies. 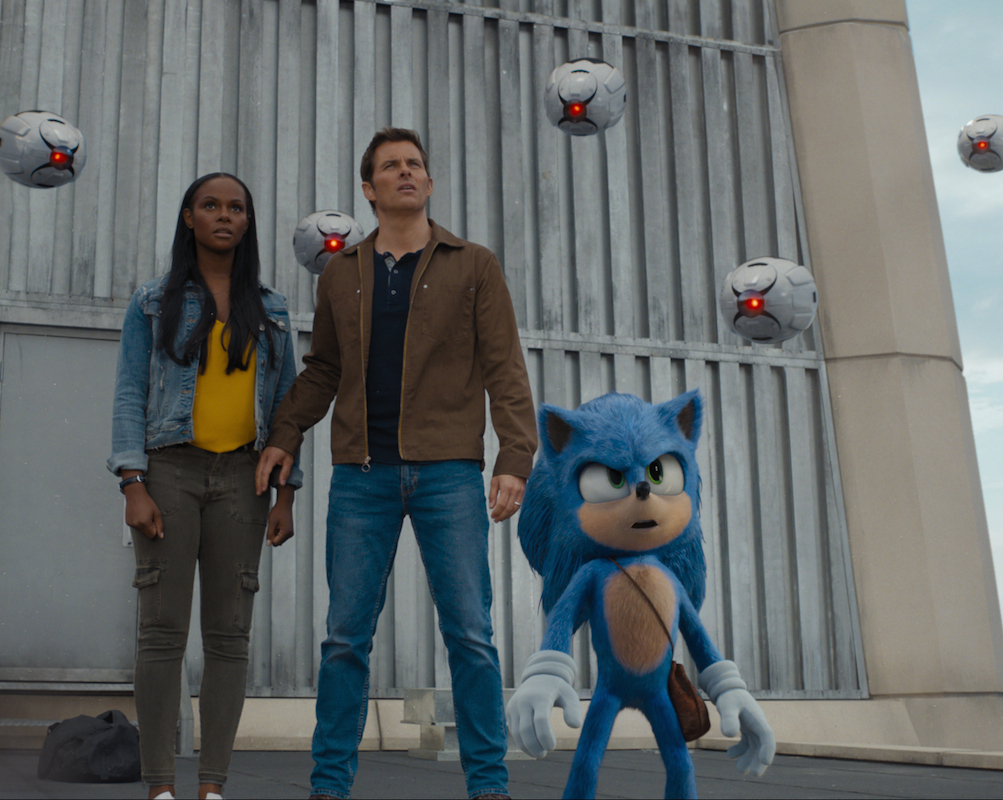 The finale is an international spectacle but aside from running around on monuments doesn’t provide a catharsis. It’s way too easy for Sonic to find his rings. That should have been more insurmountable.

What’s it all about, Sonic?

Having to hide has made Sonic lonely, and the prospect of leaving Earth to escape Robotnik is tragic. Sonic finds a family with Tom, which is a nice message for potentially lonely kids. It’s also the message of Frozen which goes about it in a much deeper, more nuanced way.

Tom has big ambitions to be a police officer in San Francisco. Apparently Tom has to learn to appreciate his life in Green Hills, which is fine but there’s nothing wrong with having ambitions. He was moving with his wife Maddie (Tika Sumpter) and wasn’t leaving Green Hills in a lurch. They had small town incidents handled.

Carey is entertaining playing an egotistical genius. The best scene is when he’s dancing in his mobile lab, something that’s just pure physical comedy regardless what movie he’s in. Warning though, Robotnik spoils Charlotte’s Web for any kid who hasn’t read it yet. 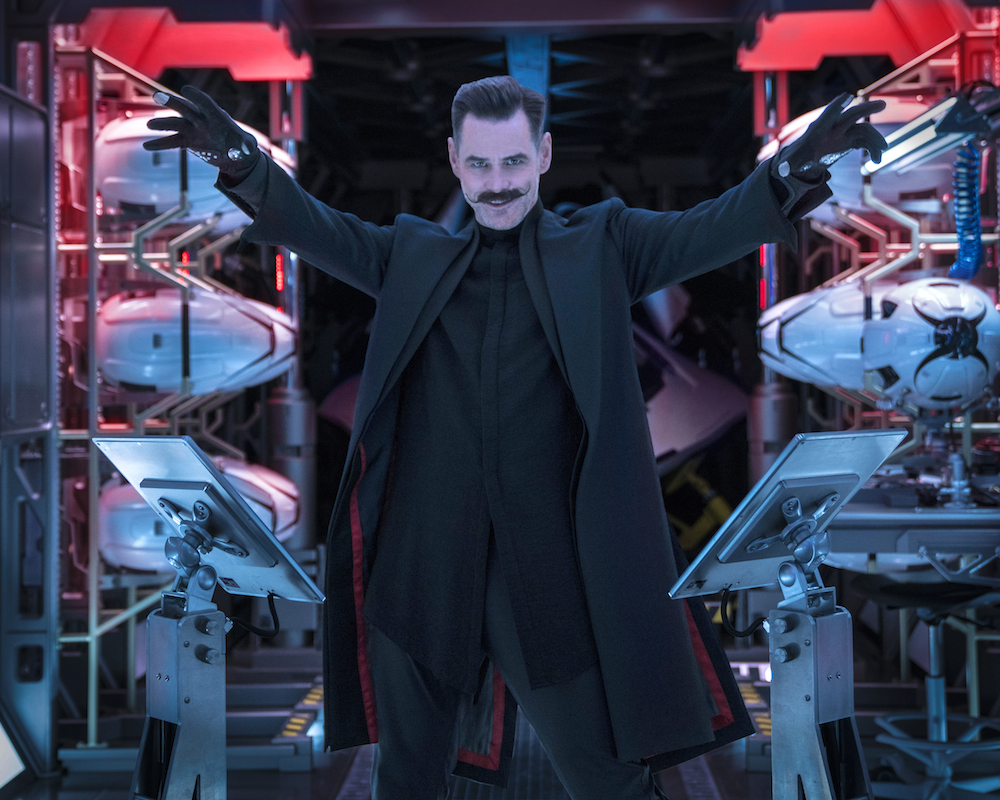 Marsden takes the material seriously. It’s sort of up to him to make you believe Sonic is interacting with the real world and he does.

Like most modern family movies, Sonic the Hedgehog is full of timely references that won’t play in 10 years. You heard “is The Rock President?” In trailers. It’s also got Vin Diesel Fast and Furious lines. There’s a joke about Amazon’s drone delivery service. These are obviously jokes intended for the parents and they’re not too obtrusive, but it’s so common now it’s hard not to notice.

Sonic the Hedgehog is perfectly passable entertainment. You won’t regret taking your kids. It’s just a shame such a landmark video game couldn’t inspire more than the Studio Family Film #4 template. It is better than the Super Mario Bros. movie so Sega should be happy they at least beat Nintendo at their movie game.

Daniel Craig‘s time as James Bond is coming to a close. The actor, 51, will wield the iconic character’s guns