True love. Megan Hilty gave an update on how friend and former Smash costar Katharine McPhee and her fiancé, David Foster, are doing ahead of their upcoming wedding.

“She is so happy and so is he,” Hilty, 38, exclusively told Us Weekly this week during the Lifetime Luncheon with Cast & Creatives of Patsy & Loretta at Gallow Green in New York City. “I’m just happy for both of them, that they are so happy and so in love and, yeah, I’m just over the moon for them.”

While Hilty chose to play it coy by not revealing too much about McPhee and Foster’s wedding, the Tony nominee did reveal that she has remained in contact with the 35-year-old “Over It” singer and other Smash stars after the show was canceled in 2013. 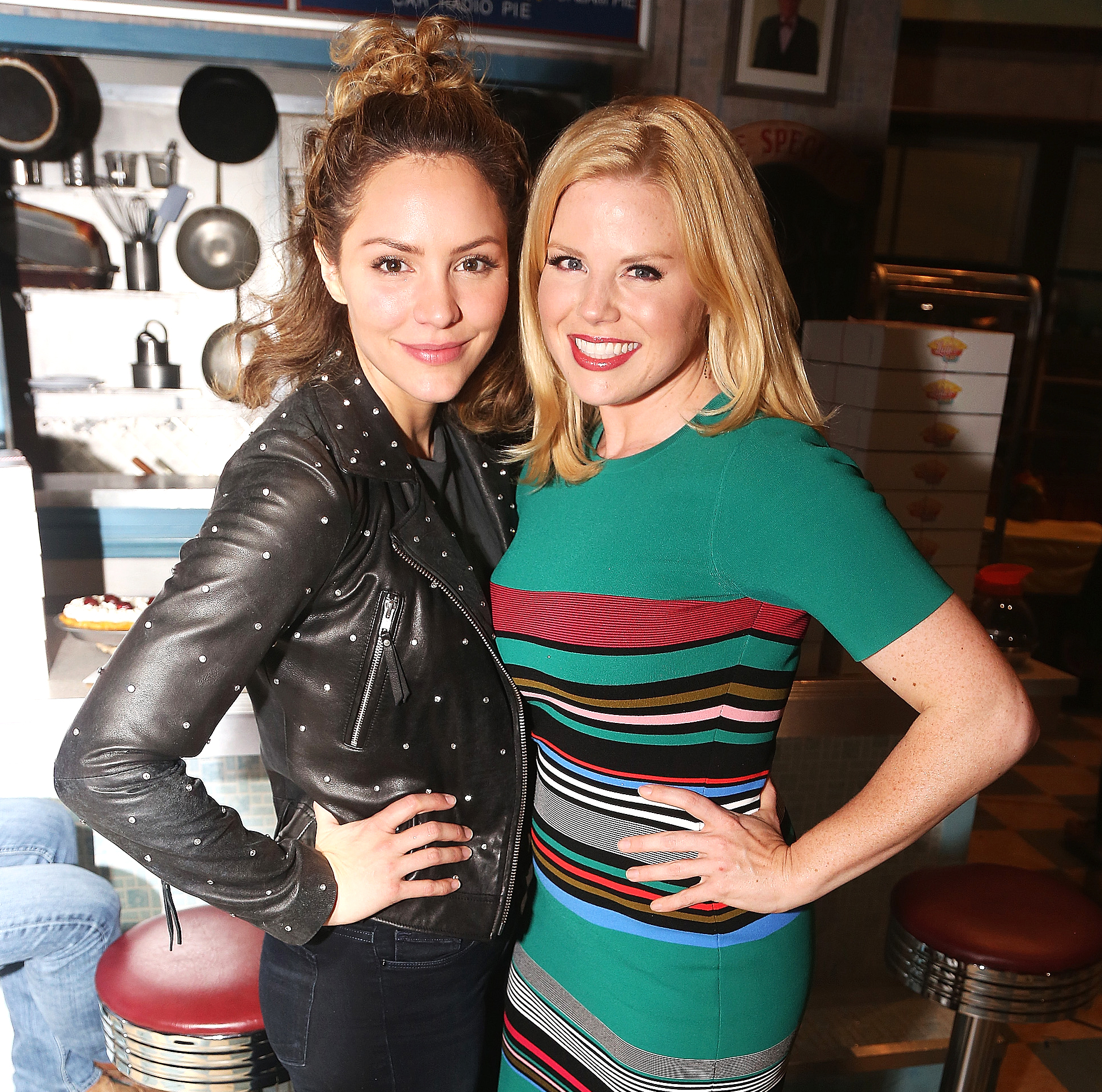 “Oh, you know I keep in touch with Kat a lot,” she told Us. “I just ran into Raza [Jaffrey]. We both have 2-year-old kids and they were at the park at the same time. It was so wonderful to catch up with him because he’s amazing.”(Hilty and Jaffrey appeared alongside each other on the NBC series from 2012 to 2013.)

Hilty continued: “Every now and then I run into Anjelica [Huston] or Debra [Messing]. Gosh, who else? I feel like I’m missing some important people, but yes, I keep in contact with mostly everybody, I think.”

In confirming that many Smash actors still keep in contact, Hilty didn’t rule out the possibility of “some kind of celebration” before McPhee says “I do.”

Foster, 69, proposed to McPhee in July 2018 while the couple was vacationing in Italy. The Scorpion alum confirmed via Instagram that the proposal, which occurred more than a year after they began dating, happened “at the top of this mountain in Anacapri.”

The couple’s upcoming ceremony will not be the first time either person has walked down the aisle. McPhee was married to her former Scorpion costar, Elyes Gabel, from 2008 to 2016.

With reporting by Diana Cooper