Ricky Gervais did not hold back in his feelings about the Government’s alleged partying antics during the pandemic, branding Boris Johnson’s cabinet as ‘f*****g c***s’.

The After Life star shared his thoughts on the recent spate of Downing Street controversies surrounding parties Government staff members have reportedly attended despite imposing Covid restrictions on the rest of the country.

The most notable being former advisor Allegra Stratton being filmed joking about a wine and cheese party and the Prime Minister himself pictured enjoying, again, wine and cheese on the Downing Street garden terrace with around 17 other colleagues.

Ricky, 60, ripped into the Government’s alleged behaviour and said during a Twitter live this week: ‘Do you know what the worst thing is? Apart from the pandemic and the devastation and the deaths and the strain on the health service and people losing their livelihoods.

The comedian highlighted those who were unable to see sick family members in hospital or attend loved ones’ funerals due to the Covid restrictions, reportedly at the time Mr Johnson was pictured relaxing in his garden with groups of people. 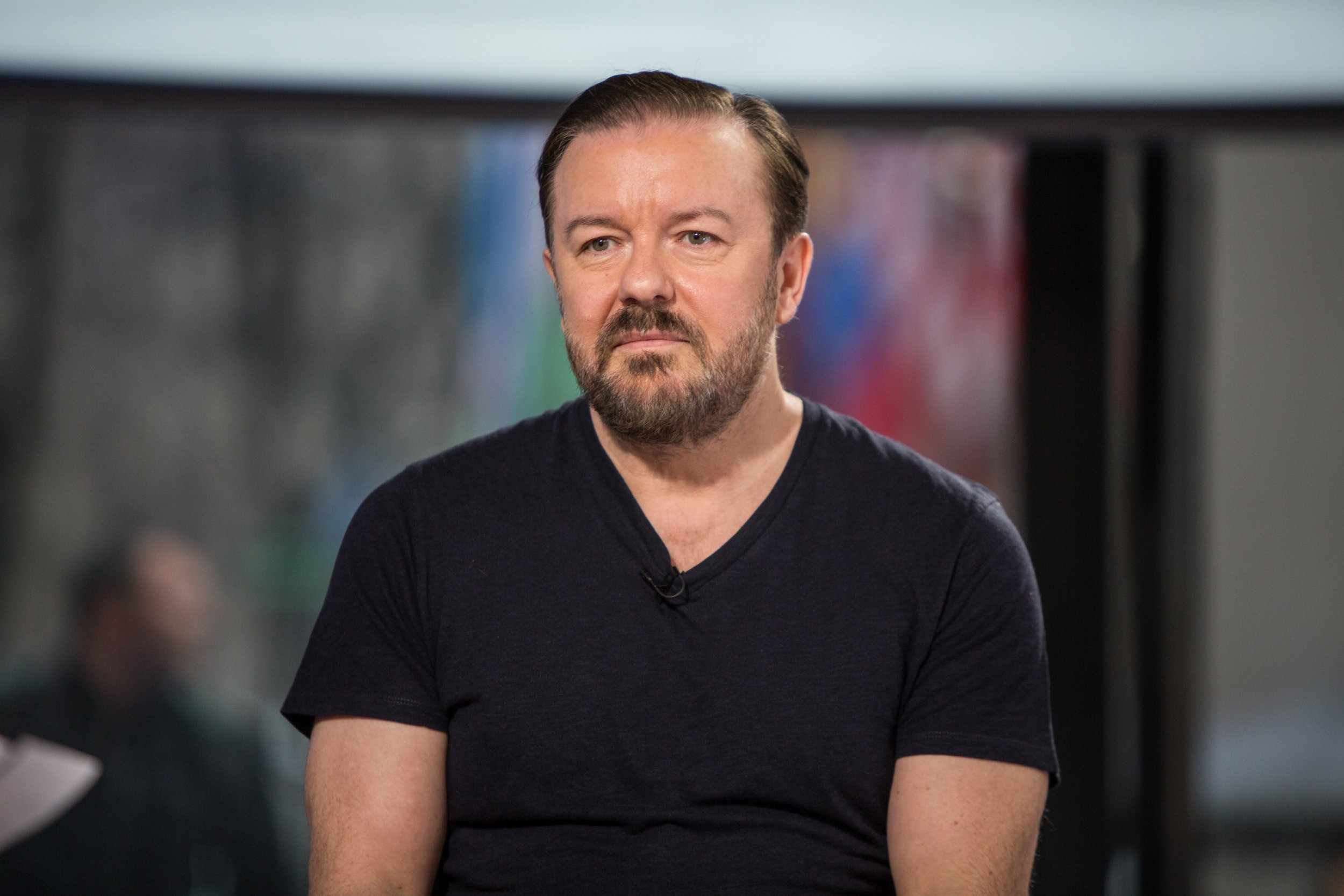 ‘So that’s why I’m doing this as well, because I’ve noticed all around there’s a lot of annoyance and frustration. Totally justified as well.’

Ricky later shared his concerns of how the pandemic will affect the younger generation in the long term, and said: ‘Misinformation, anger but I think the next pandemic is going to be anxiety and depression.

‘God knows how it affects teenagers who’ve had some of the best years of their lives taken away from them.’

The actor added: ‘I can’t complain, I’m definitely in a privileged position, but I have noticed that it’s getting a lot of people down.’

Ricky revealed that interacting with dogs on daily walks helped him get through the challenges of the pandemic.