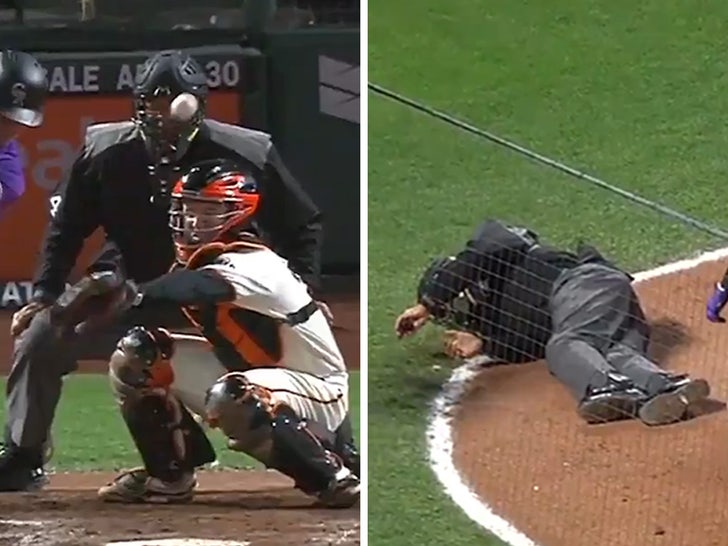 Scary moment on the MLB diamond Tuesday night … umpire Kerwin Danley was hit in the face by a foul ball — and appeared to be knocked out cold behind home plate.

The tense moments all went down in the 6th inning of the Giants vs. Rockies game in San Francisco … when Sam Hilliard foul-tipped a pitch right into Danley’s facemask.

You can see in footage from the broadcast of the game, Danley immediately fell backward and laid motionless for several seconds.

Trainers rushed to tend to the 59-year-old … and, fortunately, he was able to get up minutes later and leave the field under his own power.

The Giants said after the game that Danley was “doing well” … though he was experiencing a “slight headache.”