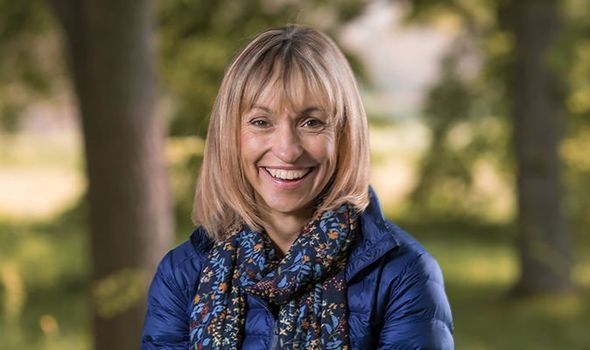 The Springwatch host is a frequent flyer for her job but tries to offset her carbon footprint by not eating meat, planting trees and using solar energy. But after being criticised for using planes while claiming to be green, the 55-year-old hit back by referencing the environmental impact of the meat industry.

Michaela, who lives in Cape Town, South Africa, told Platinum magazine: “People are so quick to point out people’s negatives without supporting their positives.

“We’ve got solar panels, I don’t drive an electric car because South Africa has an electricity crisis but I have a Fiat 500 that’s particularly good on fuel.

“I do not buy bottled water unless it’s absolutely desperate and I’ve been vegetarian since I was 18. Anyone that eats meat, don’t criticise me for flying.”

She urged the public to get behind the Government in its efforts to curb climate change and counter the pandemic: “Sometimes we focus on the wrong things.

“Boris Johnson, whatever you think about him, whether you’re for or against him, why don’t we try to support the Government and help them get through these difficult times, rather than…pick, pick, pick all the time?”

Michaela presented The Really Wild Show from 1993 to 2006 alongside Chris Packham, 60. They also co-host Springwatch and Autumnwatch.

She lives with son Oliver, 16, and long-term partner Nick Chevallier, a cameraman. In 2014 she had reconstructive surgery after a double mastectomy, following a diagnosis of breast cancer.

What is happening where you live? Find out by adding your postcode or visit InYourArea