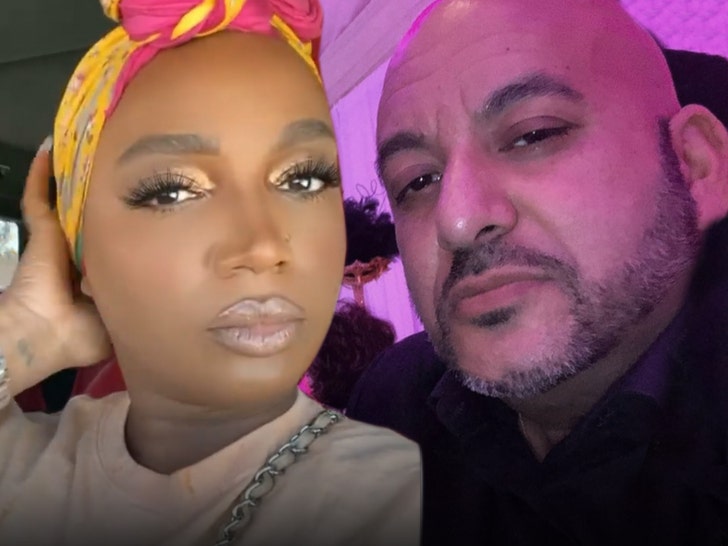 ‘Married to Medicine’ star Lia Dias just got hit with divorce papers — and now we’ve learned there are claims of abuse between her and her husband.

Lia filed for and was granted a temporary restraining order this week — just days after her hubby, Colin Sr., filed for divorce. Colin has also filed his own TRO.

It’s a messy situation — in Lia’s docs, obtained by TMZ, she alleges the most recent incident occurred last month … she claims Colin pushed her to the ground and kicked her.

She lists several other alleged instances of abuse over the course of their 7-year-plus marriage, including times when she claims he punched her, verbally harassed her, threatened her and/or prevented her from leaving.

Lia also claims that since Colin filed for divorce this month, he changed the locks to their house, and she says she hasn’t been able to see her kids. Like we said, a judge signed off on her TRO … saying the kids gotta be with her and away from dad as this gets sorted out.

Colin has a different story. In his docs, he says Lia is “erratic and emotionally abusive” … claiming she’s lashed out at him over the years, including an alleged incident in which he claims she punched him in the gut after abdominal surgery.

He also alleges that while he and the kids were staying at his sister’s house on August 18 … Lia showed up rolling deep with people in her crew demanding to see her kids, which Colin says made him fear for his safety.

As for the divorce — Colin filed to end their marriage on August 17, asking for joint legal and physical custody of their children. But, it seems like things have gotten much messier since then.