Lucy Verasamy, 39, looked chic in a pink as she donned a tight-fitting outfit which showcased her petite frame, as she told viewers temperatures will rise this weekend. Last night, the meteorologist opted for a salmon pink long sleeved top which showcased her gym-honed physique while delivering the forecast for the rest of the week. She added a snug skirt which ensured Lucy’s trim waist and slender arms were impossible to miss. The brunette beauty kept her brunette tresses in her signature style.

Adding a touch of glamour, the weather presenter chose a polished makeup look with subtle smokey eyes and a touch of nude pink lipstick.

The ITV favourite divulged: “We’ve got some lovely spells of September sunshine as the week wears on. Breezy tomorrow, occasional pulses of rain moving through but warming up quite nicely as we move into the weekend.

“Looking forward to that.“

She continued: “In the meantime, temperatures not slipping much below 12 or 13 degrees tonight. Much milder compared to the last few nights. But we have got quite blustery conditions and bursts of rain particularly across northern and western hilltops.

“Here is the steadiest rain into the small hours, quite a lot of misty low cloud and murk into the new day.”

But the weather forecaster admitted the sunshine will be returning after the UK experienced much colder temperatures this month. 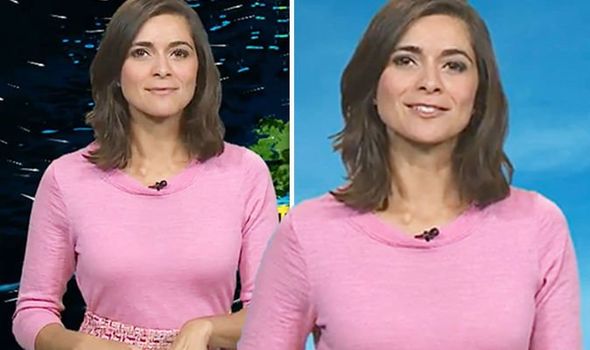 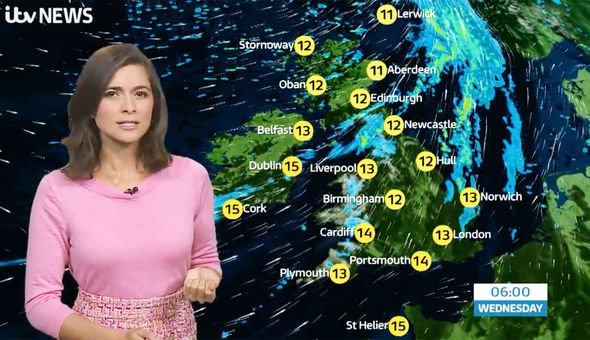 Lucy said: “Quite a lot of misty low cloud and murk into the new day. And all of that soggy weather slipping it’s way southwards as we head into the first stages of tomorrow morning.

“Behind this, bright and breezy. Split fortunes initially tomorrow. A little grotty in the south with the remnants of that overnight cloud and patchy rain initially, before the cloud gives way to brighter skies.

“And then elsewhere some cheerful sunshine lifting temperatures. Highs of 21 or 22 degrees. Staying quite blustery into Thursday. Outbreaks of rain in the north and the west. But in the warm sunshine highs of 22 degrees.”

Elsewhere, the weather forecaster appeared to disappoint fans as she recently shared a photo on Twitter.

Taking to the micro-blogging site, Lucy uploaded a snap from a health retreat in Switzerland, which saw a number of Christmas-like tress which suggested the festive season was upon us. 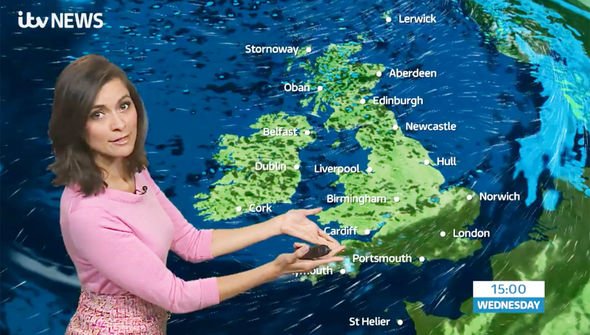 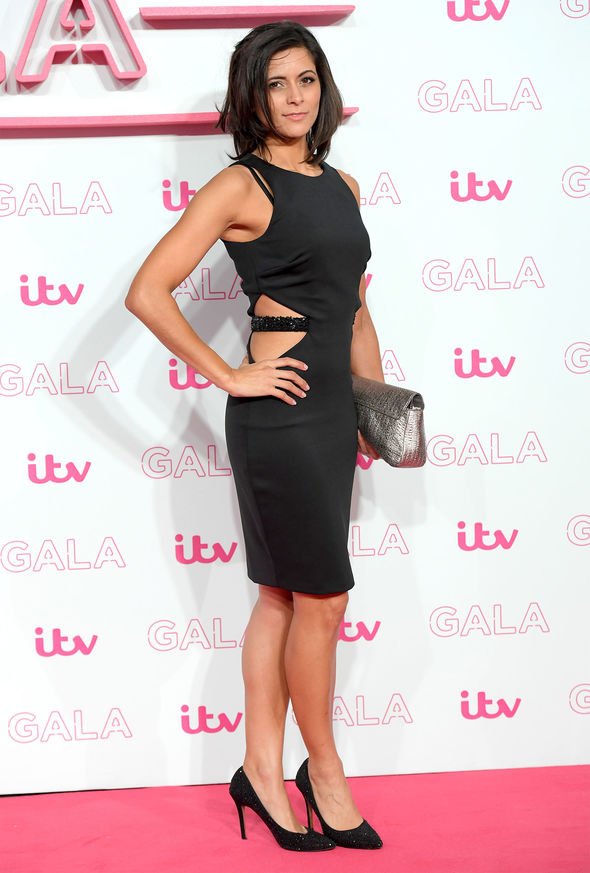 The photo showed fir trees which were covered in snow as it also fell from the sky.

In view of her 161,000 followers, Lucy captioned the post: “Skipping autumn with early season snow in Switzerland this afternoon…!”

She added: “And the snow is here to stay.”

Fans rushed to share their frustration with the weather star, claiming the festive cheer was “too soon”.

One person said: “Dislike any mention of Xmas it’s waaaaayyy to early. We’re so busy watching out for what’s just ahead of us that we don’t take time to enjoy where we are.”(sic)

Another person commented: “Please Lucy try not to look so happy when you are telling us about the cold nights and frost.”