“Trying to think of one time anyone defended me,” the former child star, 51, tweeted on Wednesday, May 20, as the drama played out on the latest episode of the Bravo hit. “Like maybe now would be a good time [Lisa] Rinna #rhobh.” 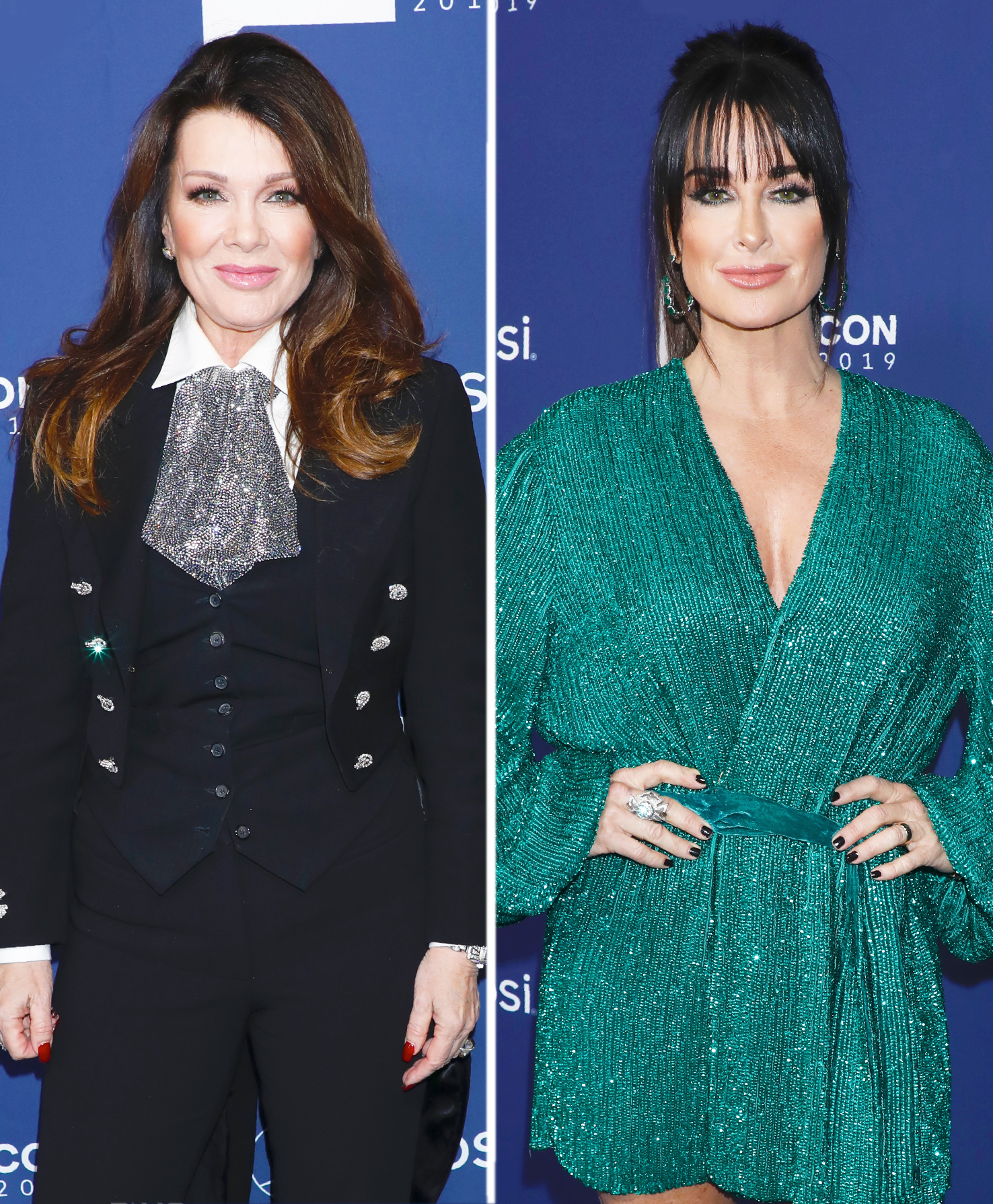 “Errr you did have a very good friend @LisaVanderpump but when she was mourning and going through a difficult time you all turned on her like a pack of wolves…….” a fan replied.

The the irony! I swear Kyle does this on purpose just so fans call her out, she can’t be this dumb to keep walking into this? Can she………🚫Reminder No Bravoleb Tagging! Tagging will get your comment deleted. Thank you. 😘 ——————————————————— #rhobh #realhousewives #beverlyhills #realhousewivesofbeverlyhills #bravotv #tweettea #realitytv #realitytvshow #realitytvnews #realitycheck #lisavanderpump #queen #realityshow #gossip #bravosnarkside

Housewives fans will remember that Vanderpump and Kyle had a major falling out over Puppygate in 2018, when Dorit adopted a dog named Lucy from Vanderpump Dogs rescue center. After Lucy ended up at a kill shelter, Teddi Mellencamp accused the SUR owner of encouraging her and the Vanderpump Dogs employees to talk about the situation so it would be a storyline on the show. Kyle questioned Vanderpump when the story leaked to the press and the pair ended up in a heated argument that culminated with Vanderpump husband, Ken Todd, kicking Richards out of their house.

Vanderpump announced she was leaving the show in June 2019 after nine seasons. The pair have since encountered each other while out and about in L.A. but Lisa wrote in a blog post on BravoTV last year that their friendship was “finished.”

The new season of the show, which premiered in April, has been documenting Kyle’s issues with almost all of the women.

She and Dorit, 43, have been butting heads onscreen and on social media after Dorit shaded Kyle over her fashion line, while the former Little House on the Prairie star took issue with Dorit showing up late to Teddi’s wellness retreat in full glam.

“We have our moments, for sure,” Dorit admitted to Us Weekly last month. “I think we feel comfortable enough in our friendship that we can get really heated and go at one another, and then … we can find a way to resolve it. It’s not forever — it doesn’t ever feel like forever — but we have a difference in opinion quite a bit in this season.”

But Kyle told Us earlier this month that the pair have “not been talking directly because I know she’s mad.”

Kyle and Denise, 49, bickered after the Halloween star referred to Denise as a “ragamuffin.” Denise then shared a series of magazine covers featuring her looking glam, prompting Kyle to apologize, writing on Denise’s post, “I still regret that comment and was not the best version of myself that night.”

But as the May 13 episode of RHOBH aired, Kyle took aim at the Bold and the Beautiful star again, tweeting that she and her 16-year-old daughter, Sami Sheen, had staged a scene on the show.

The subsequent episode showed Garcelle, 53, and Denise going in on Kyle, with the pair slamming an outfit she wore to Erika’s astrology reading with Lisa. The Wild Things star added that Kyle talks “at” her costars and “not to us.”

Kyle took to Twitter on Wednesday to defend herself, slamming Garcelle’s outfit in a since-deleted tweet and calling out Rinna, 56, for not defending her, prompting Vanderpump’s response.

“Everyone coming for me like the first party out of quarantine #rhobh,” she wrote in another tweet as the episode also showed her going head-to-head with Erika, 48, and Dorit after they poked fun at her close friendship with Teddi.

The Real Housewives of Beverly Hills airs on Bravo Wednesdays at 9 p.m. ET.