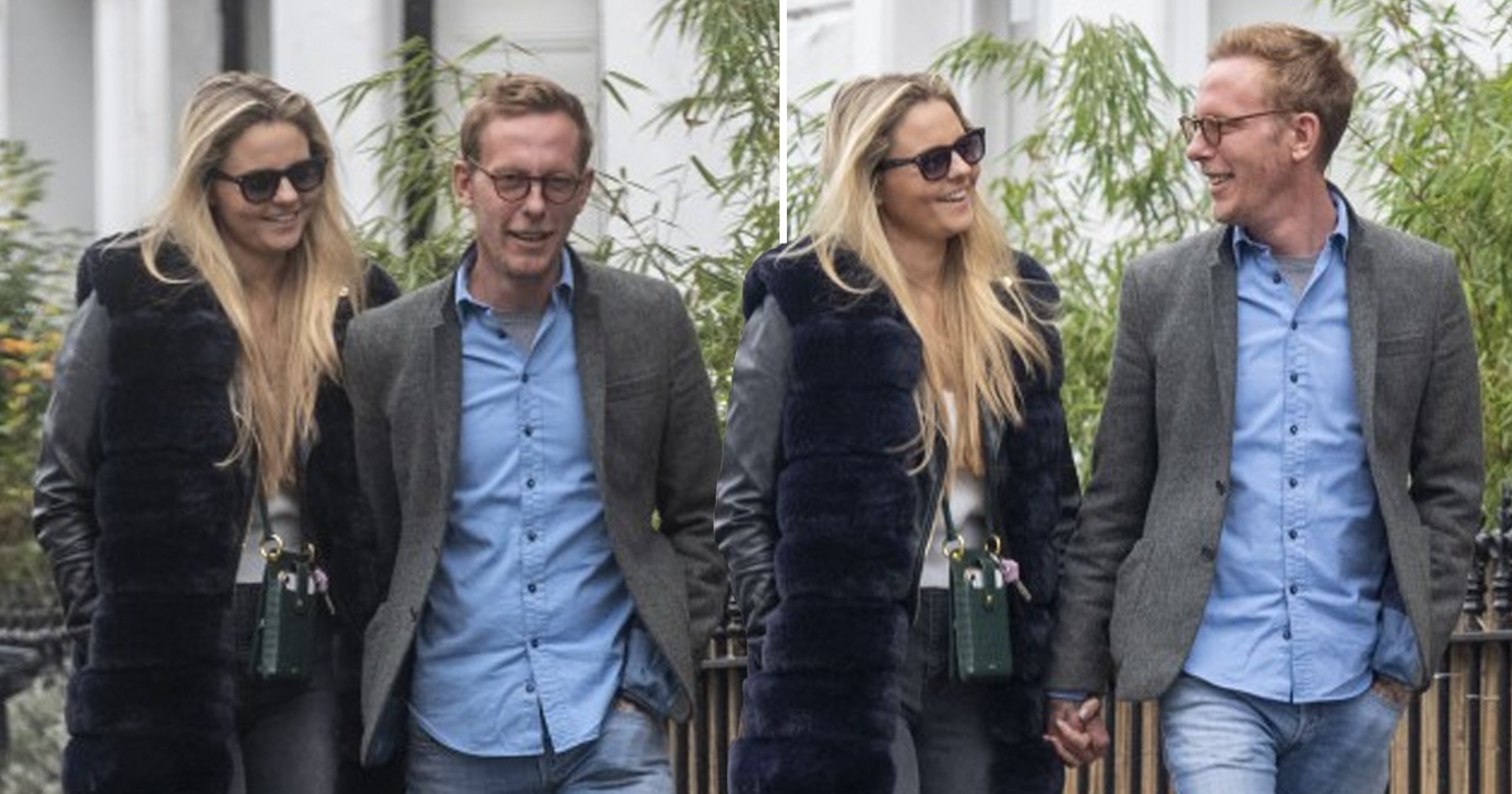 Laurence Fox is very much engaged and looks pretty chuffed about it, too, as he emerged with his fiancee Arabella May Fleetwood Neagle.

Yesterday, the actor-turn-London mayoral candidate went all out with an announcement in The Telegraph to declare he was officially off the market, but not everyone was sold on the news.

The announcement first emerged in Monday’s edition of the paper under its forthcoming marriages section, and read: ‘The engagement is announced between Laurence Paul Fox and Arabella May Fleetwood Neagle.’

Repeating the news to his 305,000 followers on Twitter, Laurence, 43, wrote alongside a photo of the notice: ‘She said yes.’

While you had to forgive us for wondering whether the announcement was another prank, seeing as Laurence previously announced his ‘engagement’ to author Kathy Gyngell, his betrothal to 28-year-old prep school teacher Arabella appeared to be the real deal as they were spotted looking all sorts of loved up this week.

Arabella’s large engagement ring – in the shape of a turtle – was on full display as the pair were seen heading to a local pub, with giddy smiles on their faces as they shared a laugh.

Laurence was seen in a grey blazer and blue jeans as he held hands with Arabella, who wore a fur vest with jeans and blue boots.

According to reports, Laurence – who shares two sons with ex-wife Billie Piper – proposed on a luxury foreign holiday over Christmas, with the star having shared a photo of himself cosying up to someone on Instagram, now believed to be Arabella.

Arabella, is yet to comment on the engagement, and appears to have zero online presence, having managed to lead a brilliantly under-the-radar life for someone as in the public eye as Laurence.

Not a pap pic, not an obvious LinkedIn. And, while Laurence follows an Arabella on Instagram, @arabella__24 is private, has 90 followers and no posts – not even a profile image.

However, she was front and centre alongside the Lewis star during his unsuccessful bid for London mayor, and present on Laurence’s Reclaim Party’s battle bus during his campaign.

Laurence’s love life has been one that’s been kept relatively shtum as of late, after he revealed he was dumped by girlfriend Sara McKinnon over his controversial appearance on Question Time in January 2020 that essentially kicked, well, everything off. He was also linked to Telegraph journalist Madeline Grant that same year.

He was previously married to Doctor Who star Billie for nine years, before the pair divorced in 2016. They share children Winston, 12, and nine-year-old Eugene.