The Kardashian-Jenners are known for their extravagant lifestyle, which they often showcase on social media. As such, it is not surprising that they give each other extravagant gifts as well. For Christmas this year, matriarch Kris Jenner reportedly spent $130,000 on presents for her family.

The Kardashian-Jenners boast some pretty insane net worths, and it seems they have a lot of money to spare. As such, they often go above and beyond to celebrate special occasions.

For example, the Kardashian-Jenners with kids have hosted some memorable birthday parties. In 2019, Kylie Jenner created a theme park-like experience for Stormi’s first birthday, called “Stormi World.” That same year, Kim Kardashian and Kourtney Kardashian got together to throw a Candy Land-themed party for their daughters North West and Penelope Disick.

Even for adults, their birthdays can include some expensive things. In 2019, Kim celebrated Kris’  64th birthday by recreating the Kardashian kids’ childhoods. She rented out her childhood home and “every car my parents ever owned,” which led their family to tears.

The Kardashian-Jenners also celebrate Christmas in extraordinary ways. For example, the family has a tradition of hosting a Christmas party every year. Like their birthday parties, the Kardashian-Jenners often go with expensive themes for their Christmas parties. According to Hypebae, Kim hosted a Winter Wonderland-themed party that cost around $1.3 million with a ski slope and a performance by John Legend.

“Oh my God, look at our Christmas presents from my mom. For all of her kids. How cool!” she said in a video.

Kim, then, showed followers a fleet of Moke electric cars in varying colors. “Khloé [Kardashian] and I got the pink ones,” she shared, while noting that a white car with a skull on it is for “Kourtney and Travis [Barker].” 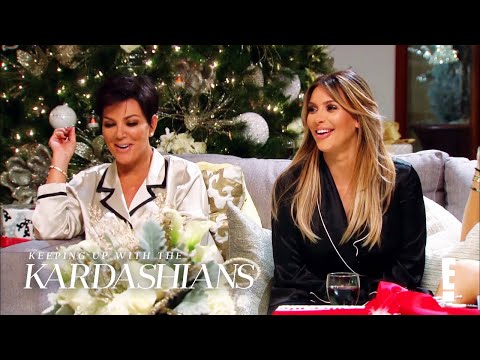 Kris has received a lot of presents from her children throughout the years. In 2019, the momager told People that, although all her daughters are “great gift givers,” some of them do stand out to her.

“Kylie gives the most extravagant gifts,” Kris said. She also gave a special shoutout to her middle daughter: “Khloé gives the most heartfelt gifts.”

Nonetheless, Kris shared that her family loves giving gifts, even when there is no special occasion.

“Sometimes you see something that makes you think of someone and the best gifts are often those heartfelt random gifts that let someone know you’re thinking of them,” Kris said.