Kim Kardashian posted a series of sexy bikini pictures to show how much she loves Kendall Jenner’s 818 tequila.

Kim Kardashian, 40, definitely wanted to show some sisterly love for Kendall Jenner, 25, when she posed for bunch of photos rocking an 818 Tequila baseball cap. Kim posted the pictures on Monday July 12, which she captioned “Supportive Sister.” Kim looked fantastic modeling the liquor in a woodsy setting. She sported a forest green bikini to match the hat and a cross necklace that looked like it had a green gem in the center of it.

Besides shouting out Kendall’s tequila with her hat, Kim also posed with a bottle in her hand as she lied in the grass for a  few photos. In some pictures, she also had a can of rapper Travis Scott’s, 29, hard seltzer: Cacti. Travis recently rekindled his romance with Kim’s other sister Kylie Jenner, 23. It looks like she was being a supportive sister not only to Kendall but to Kylie as well, by posing with the tequila and seltzer. One of the photos was also shared to 818’s Instagram Stories.

It’s sweet that Kim posed with Kendall’s tequila and wants to be a supportive sister in her first solo business venture. Her big sister isn’t the only person who showed how proud she is of the tequila business. Before a star-studded launch event, Kendall showed flowers that her boyfriend, NBA player Devin Booker, gave her to commemorate the drop. He went all out, getting flowers arranged in an 818 formation as well as a variety of plants and succulents. 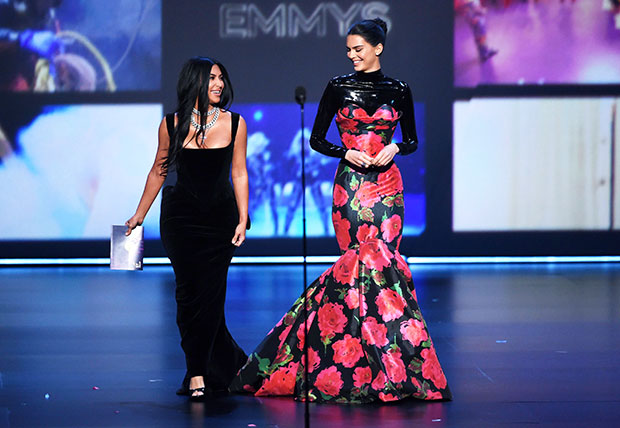 Kendall first released 818 tequila on May 21 with a celebration of her dive into the liquor business. She kicked off the drop with a massive party, where so many members of the KarJenner family rocked incredible outfits to celebrate Kendall. Of course, plenty of other stars attended the tequila launch. The rapper Drake joined the party, as did Travis Scott, naturally. Besides the massive launch, it seems like Kendall is very excited to share 818 with the world. While on a trip to Paris (where she wore a very daring crochet top), she asked singer Rosalía to try the tequila and filmed a review, where the singer said it was good.