Britney Spears’ shocking statement about her conservatorship — which has controlled virtually every aspect of her life for the past 13 years and was largely managed by her father — has already sparked tons of headlines, think pieces, and even activism. It has also prompted concerned fans and supporters to wonder what the people closest to the pop icon, including her sister Jamie Lynn Spears and the father of her children Kevin Federline, have to say about her situation and her statement.

Jamie Lynn broke her silence in a series of videos posted to her Instagram stories, saying that she supported her sister “before there was a hashtag,” and that she is proud of her for speaking up in court. Jamie Lynn also added that she would not be impacted personally by the conservatorship ending, addressing the implications that she had benefited financially from the arrangement.

Now Federline, who has taken out a restraining order against Britney’s father following a physical altercation involving his and Britney’s son Sean, has also given his thoughts, but he went the more official route of communicating through his lawyer. Here’s what he said. 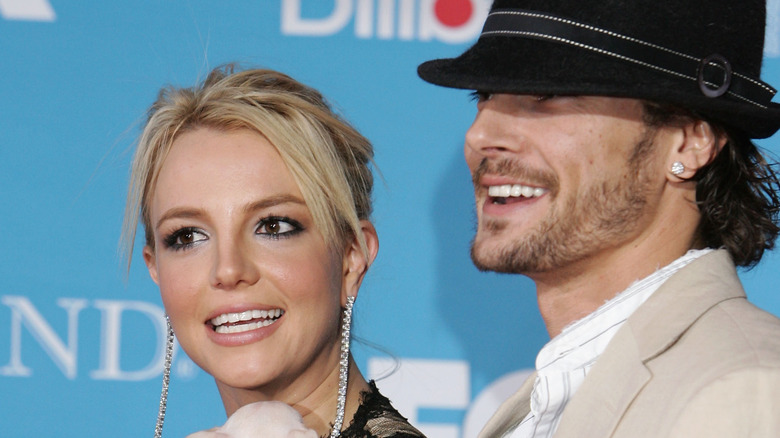 Kevin Federline’s divorce attorney, Mark Vincent Kaplan, said that Britney Spears’ ex-husband only wants the best for her, adding that the best thing for the couple’s two sons, Sean and Jayden, would be to see their mom happy and healthy. “Britney has not been served well by the conservatorship and it’s not consistent with what she wants,” Kaplan said to People. “I think that she should be able to challenge that. And if it’s what’s best for her, Kevin supports it.”

When it comes to custody of the couple’s two teen boys, if Spears wanted to change the arrangement in a post-conservatorship world, Kaplan said they would just have to make sure her mental health was okay first. But at the end of the day, “If she’s strong and healthy and wants to be in control of her own life, and can do that in a reasonable, responsible fashion, then more power to her.”

In a statement to the court following Spears’ statement, her mother said through a lawyer, “Today is the day while the world watches while we listen to Ms. Spears … that we put in place a plan. That is her mother’s request. That we not leave the court without having a plan,” via Vulture. So hopefully, that ball is already rolling.