Kate Middleton is in true princess mode once again for a state dinner at Buckingham Palace tonight. The Duchess of Cambridge, regally dressed with a tiara, wore a frothy white gown by Alexander McQueen for the formal event, which the queen is hosting in honor of President Donald Trump and First Lady Melania Trump as they make their first state visit to the U.K. 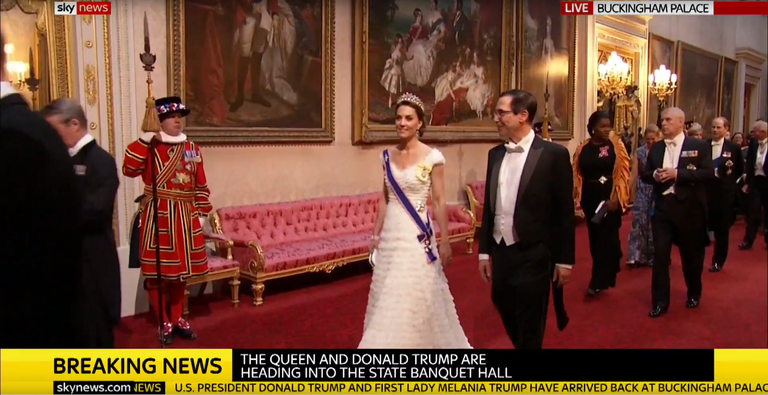 Duchess Kate accessorized with diamond and sapphire fringe earrings, which previously belonged Queen Elizabeth, the Queen Mother (Prince William’s great-grandmother). She also wore a sash for the Royal Victorian Order, to which she was appointed in April, over her dress. 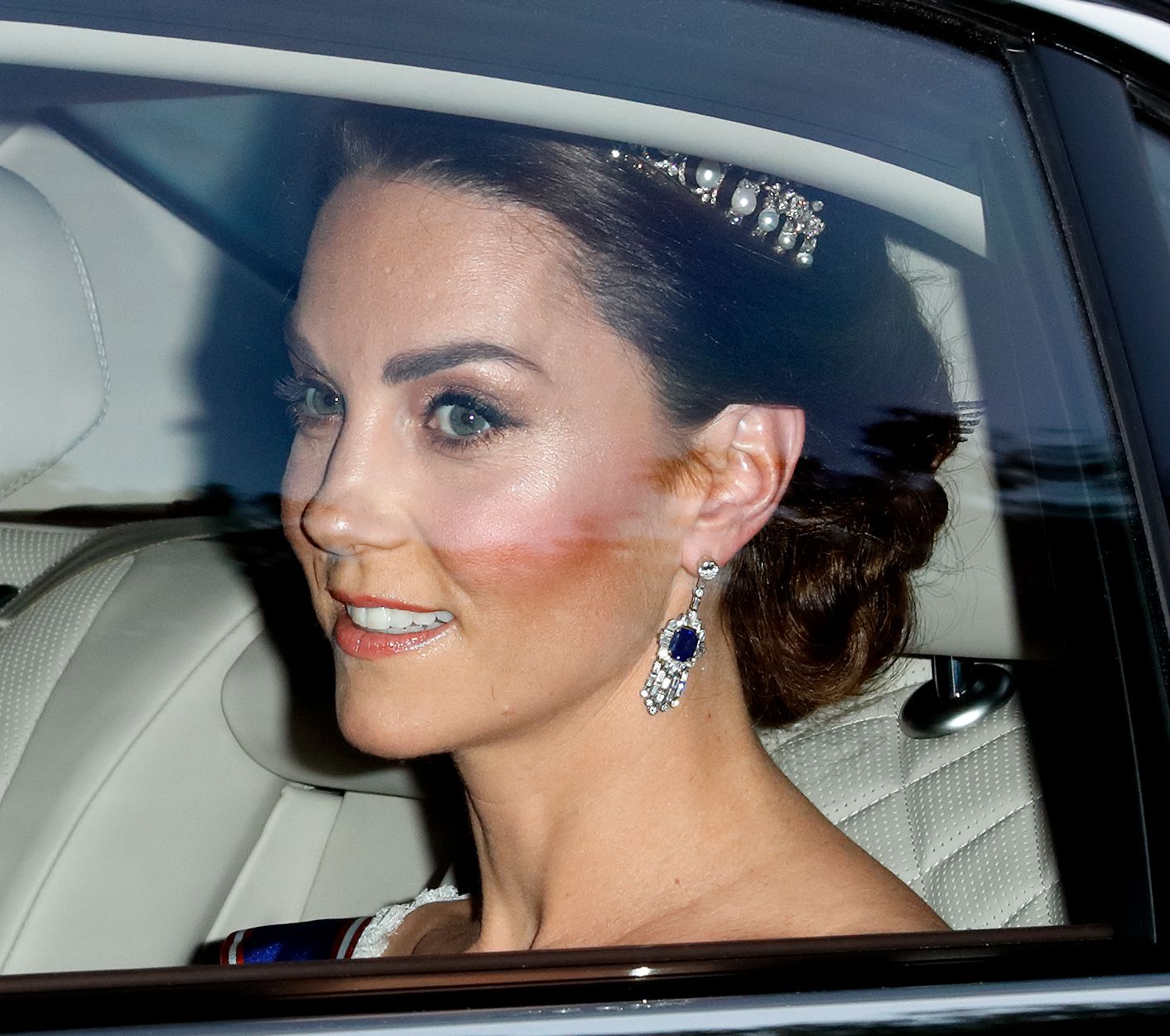 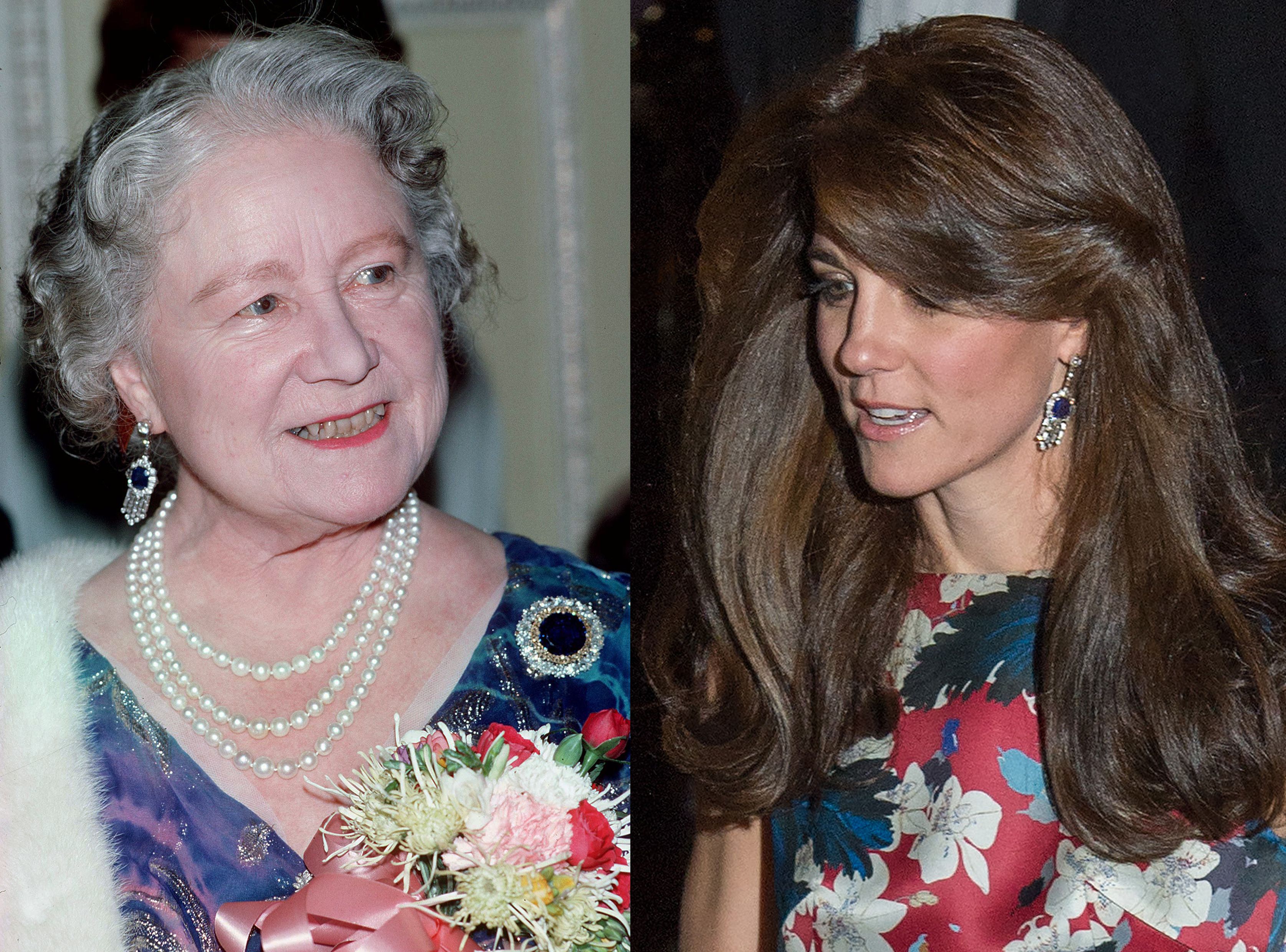 She arrived with Prince William, joining other royal guests like Prince Charles and the Duchess of Cornwall at the celebration. Her sister-in-law, Meghan Markle, did not attend event because she’s on maternity leave. Meghan also sat out of a luncheon earlier today between the queen, Prince Harry, other royals, and members of the Trump family. Kate and Prince William weren’t at the lunch either.

State dinners are nothing new for Duchess Kate, who’s attended a number of them through her royal career. Her last was in October, when the royal family celebrated King Willem-Alexander and Queen Maxima of the Netherlands. At the time, she wore an icy blue ruched gown by Alexander McQueen, along with her Royal Family Order badge. 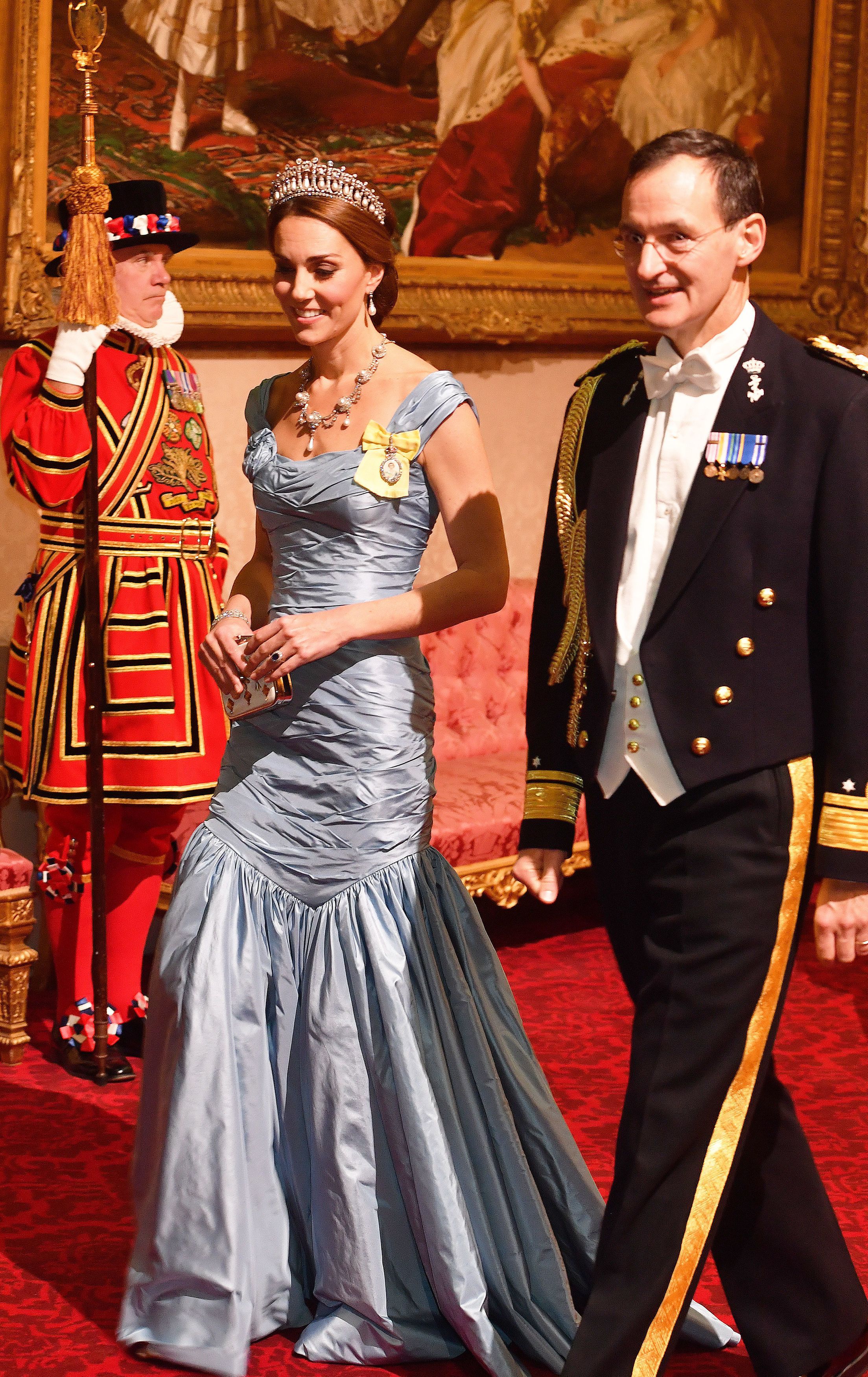 She’s worn equally outstanding looks in the past, including a plunging pink lace Marchesa gown to a dinner welcoming King Felipe and Queen Letizia of Spain in July 2017.

And back in October 2015, she wore a radiant red cap sleeve gown by Jenny Packham for a banquet honoring Chinese President Xi Jinping. 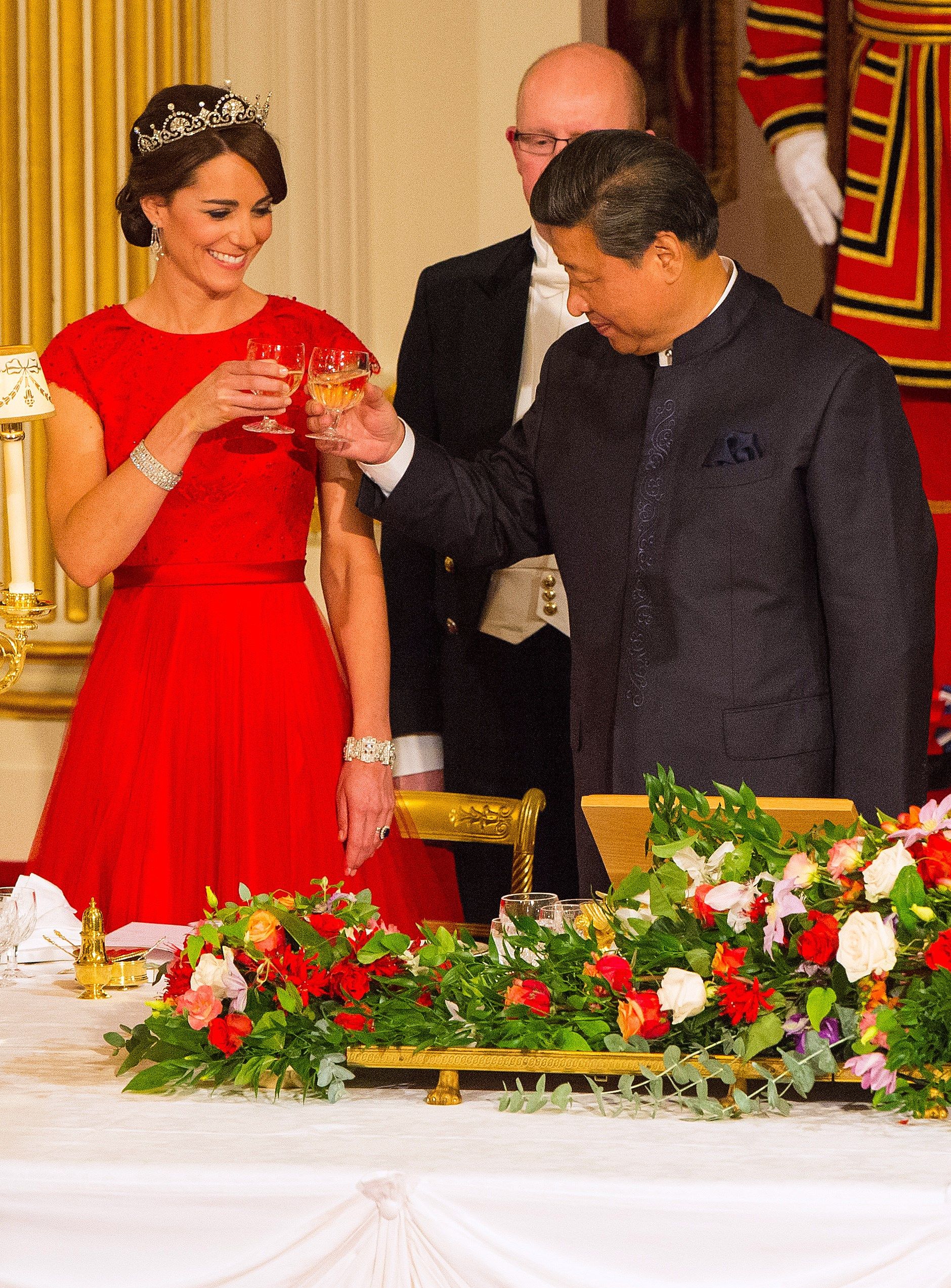