Taking a stand. Jessica Biel was called an “anti-vaxxer” by social media users after she was pictured alongside Robert F. Kennedy Jr., a politician known for his stance against vaccination, on Instagram.

“Please say thank you to the courageous @jessicabiel for a busy and productive day at the California State House,” Kennedy, 65, captioned an Instagram post on Tuesday, June 11. 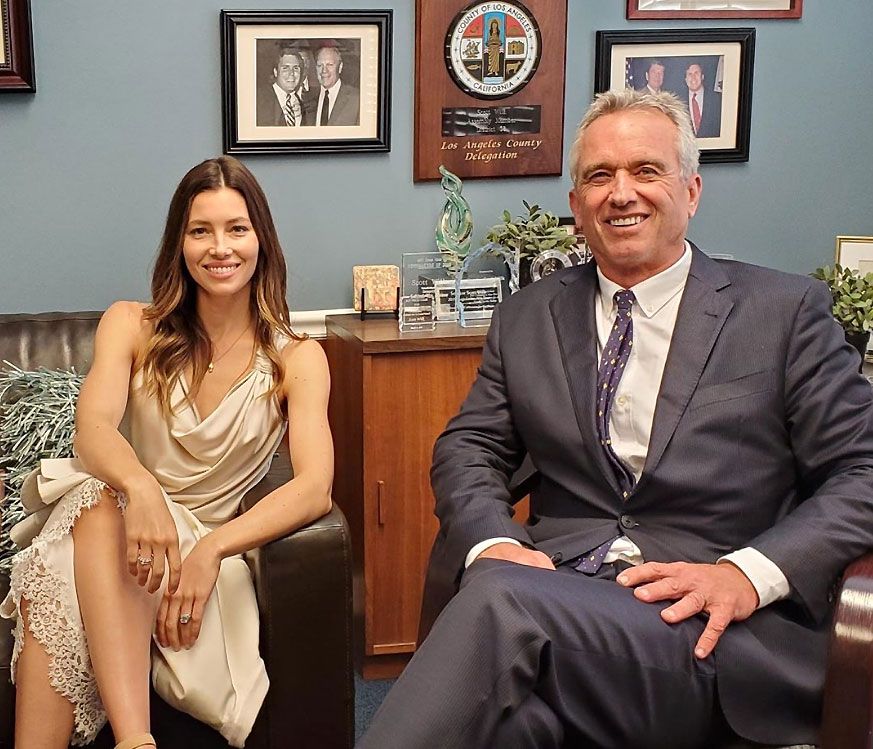 The Democratic leader’s post showed several pictures of the Sinner alum, 37, as she lobbied in California against the against SB-276, which is a bill designed limit medical exemptions. The bill was launched in March by Dr. Richard Pan, a California senator and pediatrician, as a way to observe how many children have been exempted from vaccinations amid a spike seen statewide.

Assemblyman Devon Mathis was another politician who was pictured alongside Biel on Tuesday. He shared his excitement for her lobbying via Facebook, writing: “It was great seeing Jessica Biel this afternoon in the Capitol. It’s awesome to have amazing partners and advocates for parental rights like her! Keep the fight alive. #VoteNoOnSB276 #CaDeservesBetter.”

The 7th Heaven alum has not publicly commented about her stance on vaccinations. However, InTouch Weekly reported in November 2015 that Biel and her husband, Justin Timberlake, were abstaining from vaccinating their now 4-year-old son, Silas.

If Biel is, in fact, against vaccination, she’d join the ranks of other stars, including Kristin Cavallari, Kat Von D and Jenny McCarthy, all of whom have spoken out about their reasons for avoiding the practice.

Alicia Silverstone opened about her choice to not vaccinate her son in her 2014 book, The Kind Mama, writing: “While there has not been a conclusive study of the negative effects of such a rigorous one-size-fits-all, shoot-’em-up schedule, there is increasing anecdotal evidence from doctors who have gotten distressed phone calls from parents claiming their child was ‘never the same’ after receiving a vaccine. And I personally have friends whose babies were drastically affected in this way.”

There is no scientific link between vaccines and autism, according to the Centers for Disease Control and Prevention.