J Balvin is now a dad! See the sweet photo of his newborn with girlfriend Valentina Ferrer.

J Balvin and Valentina Ferrer are now a family of three! The model, 27, confirmed the arrival of her first child with the reggaeton singer, 36, on Instagram on July 1. The post features a sweet black-and-white photo of the new mom’s hands wrapped around her bundle of joy’s small feet.

The new parents — who met on set of J’s 2016 music video for “Sigo Extrañándote” — haven’t confirmed the newborn’s name yet, but fans have speculated that it might be Rio. While the “Mi Gente” singer hasn’t shared confirmation of the birth on his social media accounts yet, he shared a cryptic tweet on June 27 that read, “Querido Rio,” which translates to “Dear Rio.” The two haven’t confirmed the baby’s gender, but J seemingly alluded to a baby boy in May when he told Entertainment Tonight: “I’m gonna be his best friend! That’s what I want to be, yeah.” 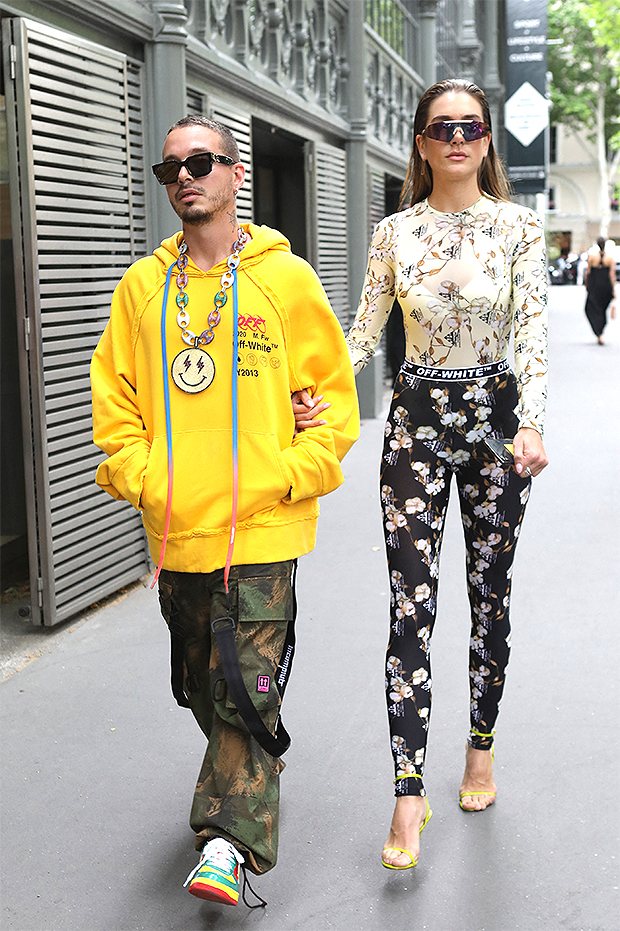 Valentina confirmed her pregnancy in April during an interview with Vogue Mexico, revealing that she took the pregnancy test “in the bathroom with my dog so I wouldn’t be alone.” The model added, “I did three tests in a row because I couldn’t believe it.” Neither could J. “He froze,” she told the magazine of his reaction. “I was happy but it was like a call from Zoom that doesn’t work when the WiFi crashes; that’s how it stayed, dangling. I told him in person, but it stayed that way.”

In a separate interview with ET in May, J opened up about some of the fears he had about fatherhood. “It scares me the fact that it’s another life,” he said. “And sometimes, we know life is so challenging that sometimes you feel that you cannot put up with yourself and how [are] you going to help your kid be stronger, better than you?” He added, “But I think that will come. But let’s see. It’s something new for me. Totally new.”

Congratulations are in order for Valentina, J, and his new best friend!