Mo Abudu attempted to crack Hollywood for years, but her steely belief that the world needed to hear African stories was met with resounding silence. Emails went unanswered, leads from a trip to Los Angeles quickly went cold. Abudu, a megastar in Nigeria with her own chat show and TV network, grew frustrated.

Then, one day, her Lagos office got a call from a Sony Pictures Television sales executive wanting to sell Abudu’s network, EbonyLife TV, an international television format. It proved to be her Sidney Lumet moment. “I said to my head of programming, ‘Tell him we’re not effing interested in any bloody format! I’m sick and tired of someone trying to ram all these stories down our throats. You tell him, we’ve got stories we want to sell to the world.’ I was really upset,” she recalls.

Her anger proved to be a turning point. That Sony executive listened, put EbonyLife in touch with colleagues in LA, and eventually, the two companies forged a co-development and production alliance. At the tip of the spear of this agreement was a commitment to develop a major series about the Dahomey Warriors, an all-female military regiment from the Kingdom of Dahomey in Western Africa.

Although born in London, Abudu’s roots are in Ondo Town, Nigeria. Her childhood was split between the U.K. and Nigeria (even now, she is back-and-forth between the two countries, which share a time zone), but her career took off in the latter and she rose to become the head of HR at oil company ExxonMobil. Abudu grew tired of corporate life and cut her teeth as an entrepreneur by launching an HR consultancy service before making her move into entertainment. 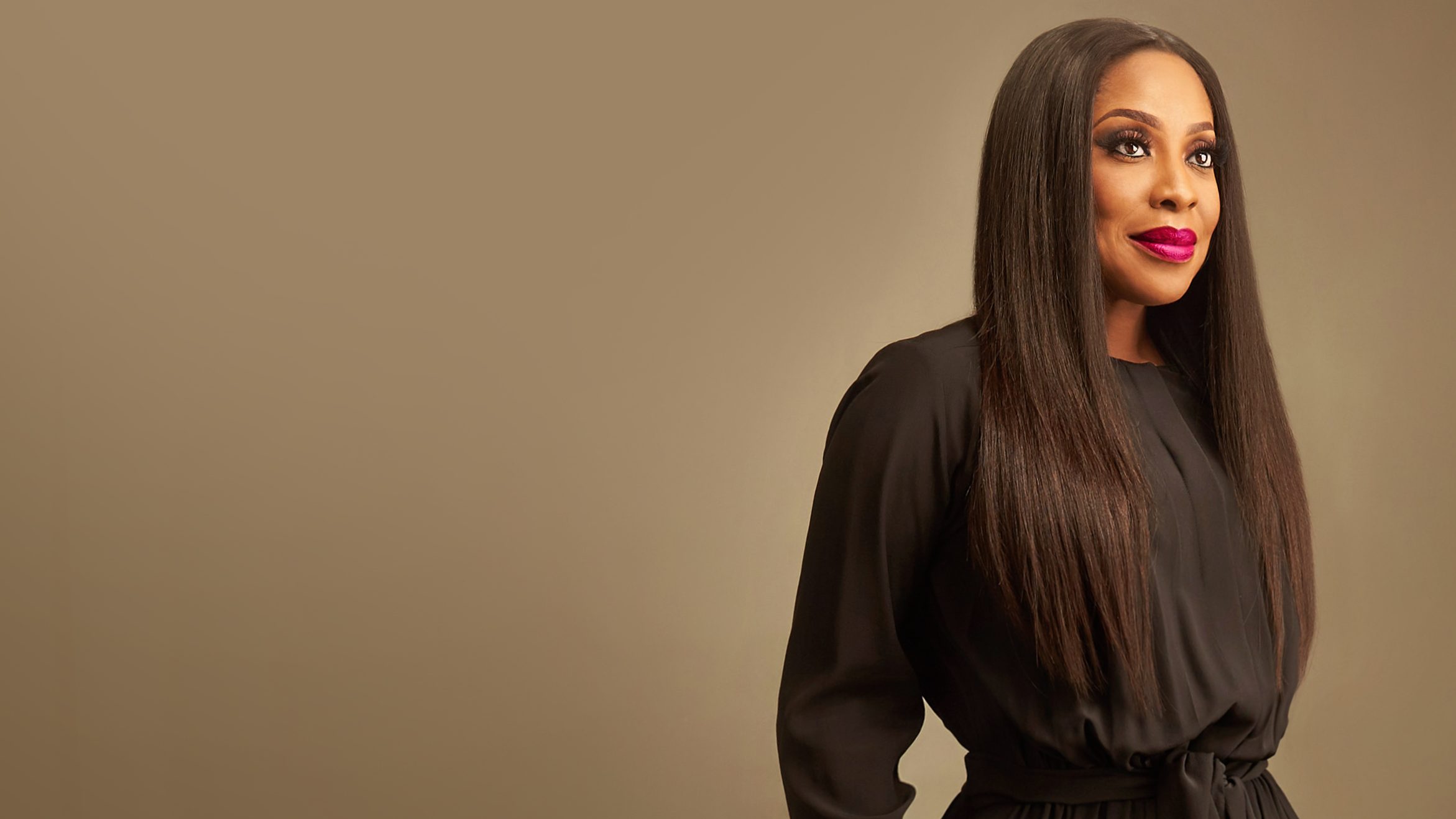 The dramatic career switch was no small matter in a country where work in the energy industry is considered a job for life. But then Abudu considers herself a disruptor by nature. “One thing that disruptors have going for them is that they’re very passionate about the things that they do,” she says during a Zoom call from Nigeria. “And they have the ability to persuade, positively, and convince people around them that they’re making the right decision.”

Using her connections from her time in recruitment, she set out to become a talk show host, taking lessons in presenting in London and devouring tapes of Oprah Winfrey. By 2008, she had launched Moments with Mo, and 13 years on, she can count the likes of Hillary Clinton and Christine Lagarde among her guests. Syndicated across Africa, the show spawned EbonyLife Studios and Abudu’s mission to bring stories from the continent to the world.

That Sony deal has mushroomed into 20 projects being in active development with American studios. EbonyLife has expanded its partnership with Sony, inking a two-year first-look deal to develop scripted TV series. It has a slate of film and series projects in with Netflix. The first of these, human trafficking feature Òlòturé, premiered last October, while the slate also includes an adaptation of Death and the King’s Horseman from Nobel Prize-winning playwright Wole Soyinka, who just so happened to be Abudu’s very first guest on Moments with Mo. 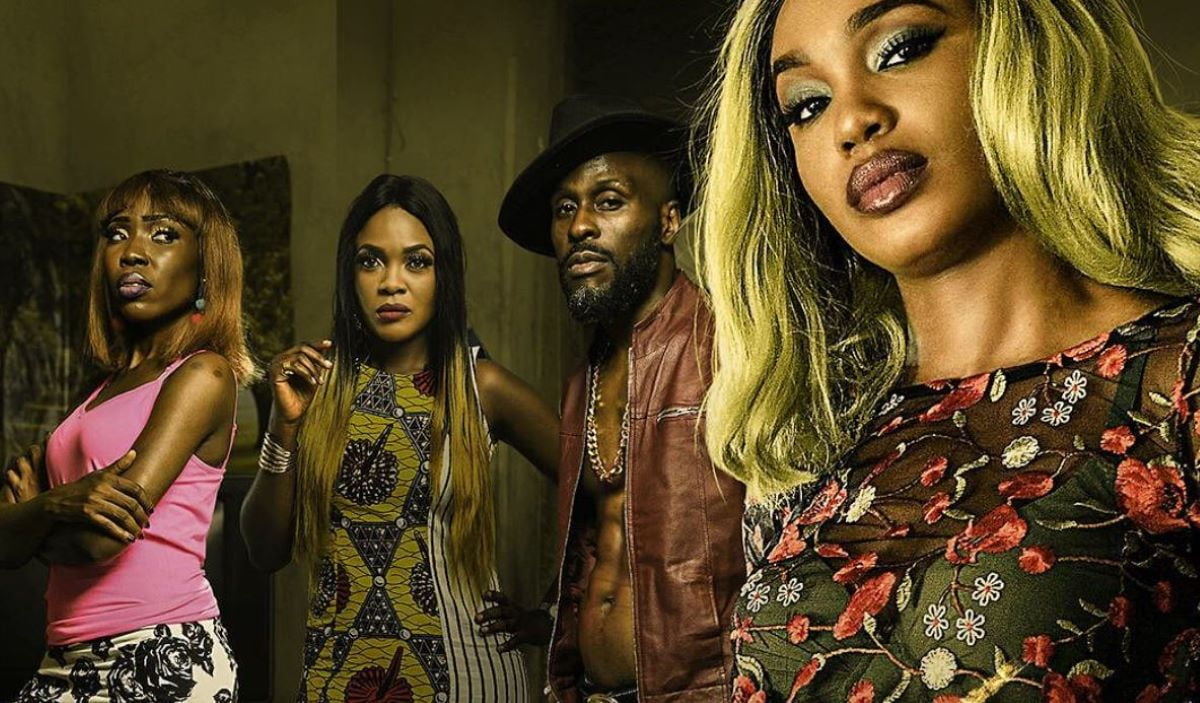 EbonyLife is working with AMC Studios on Nigeria 2099, a futuristic story of a Lagos police officer who becomes embroiled in a global conspiracy after being assigned to protect a visiting American businessman. The company also boasts a co-production deal with Jada Pinkett Smith and Will Smith’s Westbrook Studios for at least two series and one film. On top of all this, EbonyLife is lighting up the Nigerian box office with the highest-grossing movies of all time locally, including The Wedding Party and its sequel—both of which are streaming on Netflix.

“Every single thing we’ve done, we’ve had to fight like hell to get them done,” Abudu says, reflecting on the “three levels of discrimination” she faces as a Black, African woman. She breaks down EbonyLife’s storytelling vision into four genres: Afro-history, which is where the Sony Dahomey Warriors series hails from; Afro-futurism, illustrated by Nigeria 2099; Afro impact, which involves telling contemporary African stories like Òlòturé; and, finally, Afro politan, which gives voice to the everyday lives of Africans and has delivered hits such as The Wedding Party.

Given the global explosion in streaming, and the hunger for authentic local stories, her hard work is paying off at exactly the right time. “If you want me to watch your stuff,” she reasons, “then why don’t you respect me a little bit more, and take the time to watch stories about me and about my continent? That’s why I’m grateful to platforms like Netflix because what they’ve done is diversify the viewing audience around the world. And people will tell you that some of the best stories now on Netflix are not even English-speaking.”

Abudu’s trajectory in television from latecomer to LA’s go-to woman for African stories has earned her the moniker ‘The African Oprah’. It’s not a comparison that she welcomes entirely. “Anything that comes out of Africa, there will always be a Western equivalent of it for people to understand,” she says. “I respect everything that Oprah has done, but her journey is not my journey.” As Abudu forges her path, Hollywood is finally listening.