Fern Britton reveals she's on painkillers for an injured shoulder

Fern Britton reacted to fans who shared their concerns after the mother-of-four revealed she endured a painful accident. It comes after the former This Morning presenter lifted a 5kg dumbbell, and subsequently accidentally dropped the weight on her toes.

Taking to Twitter, the 63-year-old shared her dismay as the author said she had some bruising following the incident.

In view of her 81,000 followers, she penned: “In other news, I dropped a 5kg dumbbell on my toes last night. I shouted something along the lines of, ‘Dearie, dearie me.’”

Social media users rushed to comment on the post, as many quizzed the star about her injury.

Fortunately, Fern confirmed that although her toes are “sore”, she only had some bruising. 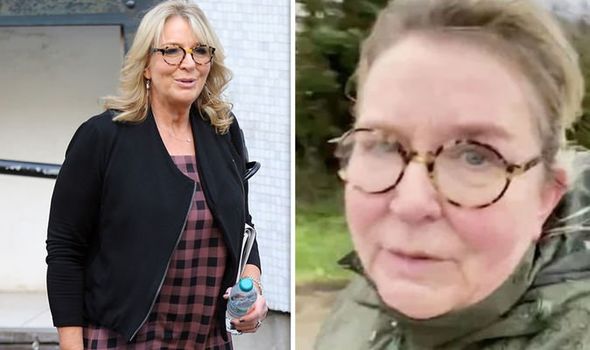 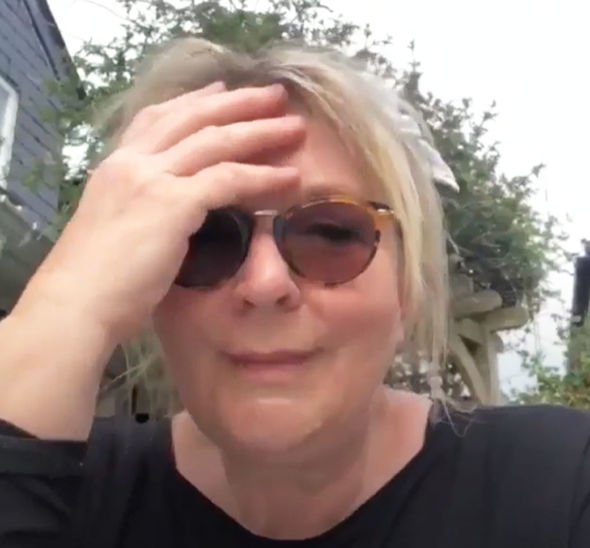 A Twitter user quizzed: “Get it checked out. Any diabetes in the family? Foot injuries can be dangerous. Take care.”

Another remarked: “OMG. I hope you are ok. Damage to feet and toes has a HUGE impact on your body.”

To which Fern said: “All good, but sore!” 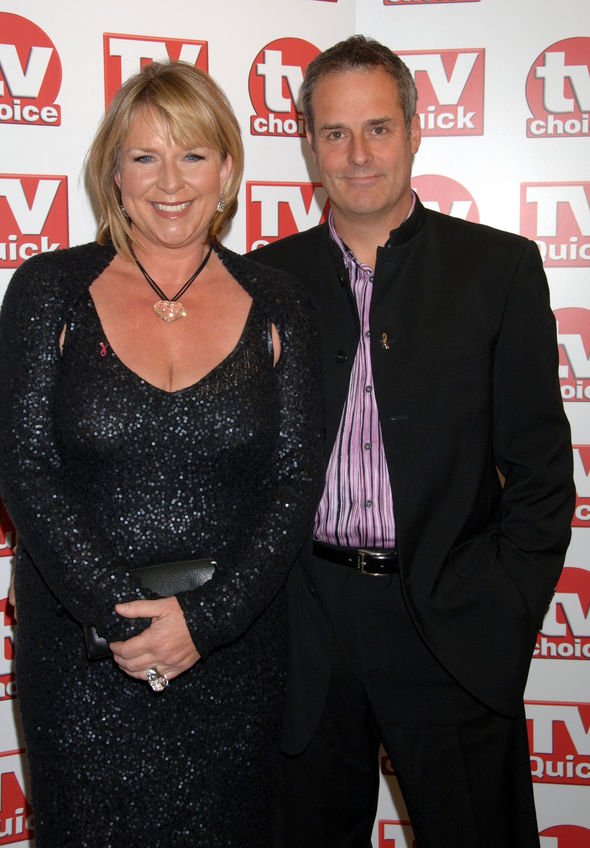 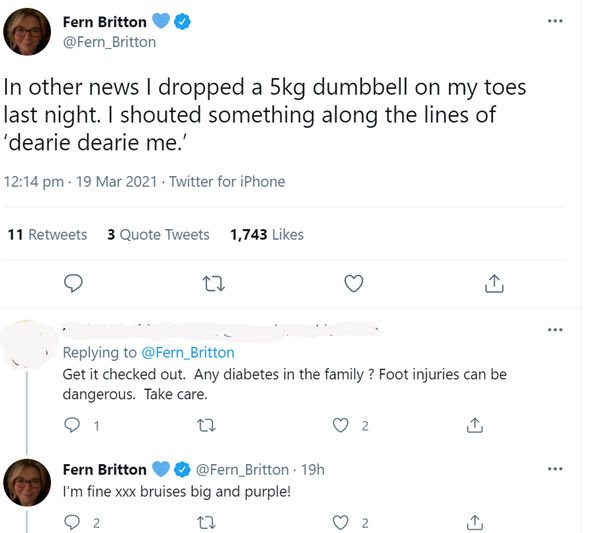 Other’s empathised with the Hidden Treasures author, as a third commented: “My little toe had a disagreement with the ironing board. Snapped and broke (my toe not the ironing board). I clung to the worktop nearly passing out shouting “oh dear “ or words to that effect!!!”

A fourth wrote: “I do hope you are ok though because I’m sure it was painful and you probably shed a tear!”

The TV star appeared to be holding up well following the incident, as Fern shared some big news about her latest novel.

It comes after a fan quizzed how the latest instalment was going and it appeared that keen readers won’t have to wait too long.

The successful author has published over 15 books, including popular fiction titles such as The Daughters of Cornwall, New Beginnings, and The Holiday Home.

Last month, the TV personality, who recently split from her estranged husband Phil Vickery, told Twitter followers about feeling a bit “down” after her former husband Phil shared that he was “completely happy” after the couple’s split last year in an interview with Entertainment Daily.

Fern and Phil were married for more than two decades before their shock split in 2020.

The television stars share daughter Winnie, 17, together, while Fern also has 27-year-old twins Harry and Jack, and 24-year-old daughter Grace, with her ex-husband Clive Jones.

Phil, who is a chef on This Morning, shared an insight into his life after their separation.

When quizzed on how he was doing following the couple’s split, he said: “[I’m] completely happy. The kids are all good.

“Life… You’ve got to be positive and I’m always a positive person.”