Home » Celebrities » 'Dancing With the Stars' Fans Explode With Joy Over 'Underdog' Iman Shumpert's Surprise Win: 'America Got It Right'

Dancing with the Stars fans exploded with joy over Iman Shumpert’s surprise win. Shumpert made history as the series first NBA winner to take home a mirrorball trophy. This was the first win for pro-Daniella Karagach as well. She joined the series in season 28 as a troupe member and became a pro during season 29 when she was paired with rapper Nelly. 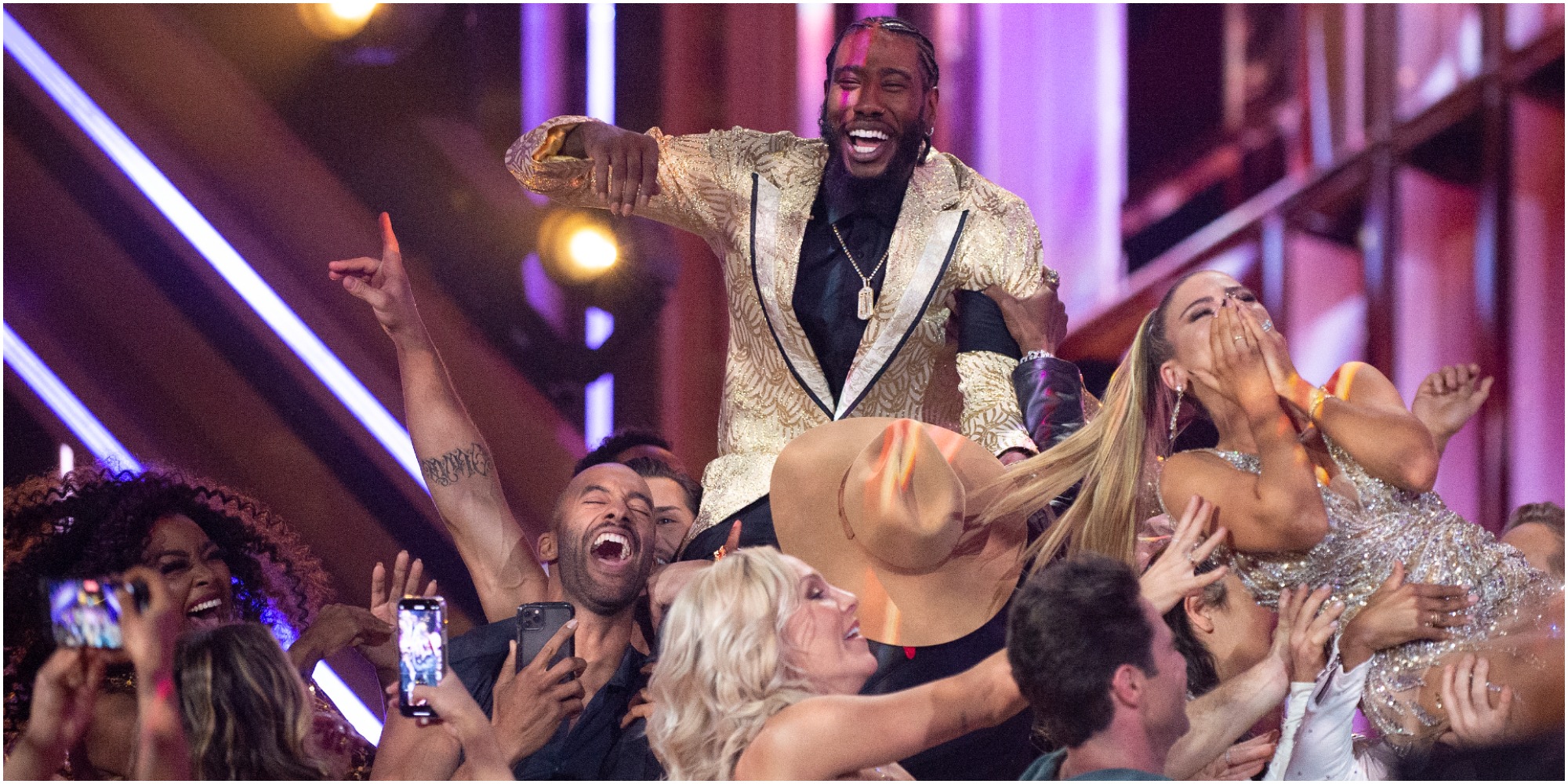 For the couple’s first dance, they performed a Cha- Cha/Foxtrot fusion to the song “September” by Earth, Wind, and Fire.

This combination of two ballroom dance styles appeared to be an impossible task. However, the couple navigated those transitions well with a routine that was heavy on the traditional ballroom steps Shumpert was taught throughout the season.

For both dances, Shumpert and Karagach were awarded perfect scores from judges Carrie Ann Inaba, Len Goodman, Bruno Tonioli, and Julianne Hough, who sat in for her brother Derek, sidelined with coronavirus (COVID-19).

In a history-making moment, Shumpert won the season’s mirrorball trophy.

While there have been many sports stars who have taken home the glittering disco ball, not one NBA player has made it to first place on Dancing with the Stars.

Shumpert blew past fellow competitors JoJo Siwa, who came in second, Cody Rigsby who placed third, and Amanda Kloots who was in fourth place.

He and Karagach appeared stunned when they heard their names called as the winners of the season. Both the cast and crew surrounded the couple and lifted them in the air to celebrate.

‘Dancing with the Stars’ fans exploded with joy

Shortly after Shumpert and Karagach’s win, Instagram exploded with positive comments regarding the duo’s season victory.

“THE BEST and the reason why watching this show is so fun! Congrats Iman and Daniella!!!!” wrote one follower.

“Congratulations Iman and Dani! I am ride or die Boo Crew, but you all slayed it week after week and were so much fun to watch.. So well deserved!” penned a second viewer.

“American got it right, finally!” claimed a third Instagram user.

“SO HAPPY THESE RESULTS SHOWED WHAT THIS SHOW WAS DESIGNED FOR!” exclaimed a fourth fan.

Dancing with the Stars is currently on hiatus.