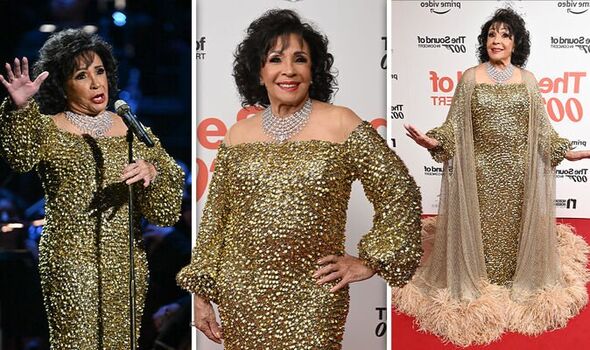 Dame Shirley Bassey looked sensational as she took to the red carpet this evening at the Sound of 007 concert at the Royal Albert Hall.

Dame Shirley Bassey, 85, looked as glamorous as ever as she posed on the red carpet at The Sound of 007 concert at the Royal Albert Hall on Tuesday evening.

She oozed glamour in the sparkling, skintight gold dress, featuring a shoulderless design.

She styled her dark tresses in a permed look, while showing off her ageless complexion.

Shirley went for a smokey-eye with a glossy red lip, adding a sultry element to her ensemble. 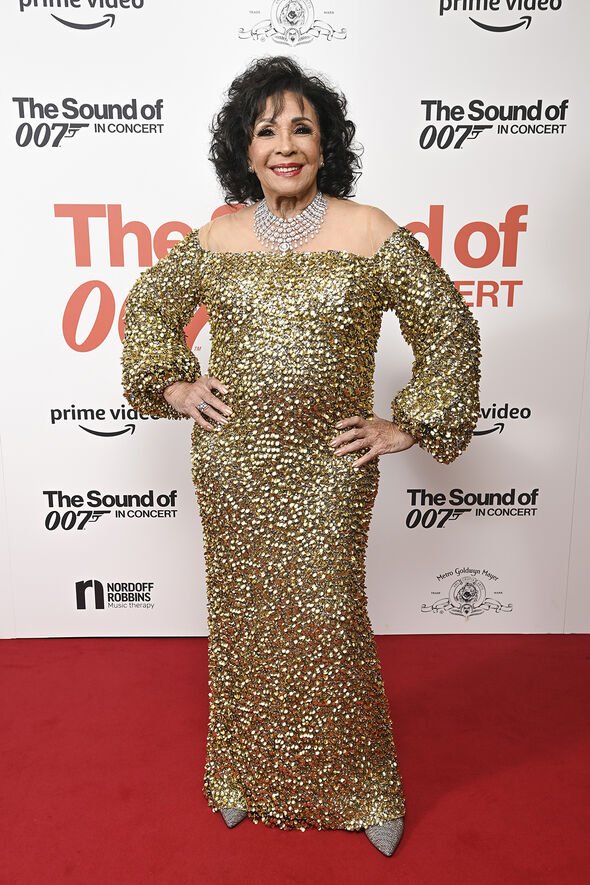 Dame Shirley Bassey posed up a storm on the red carpet before taking to the stage and performing for the excitable audience. 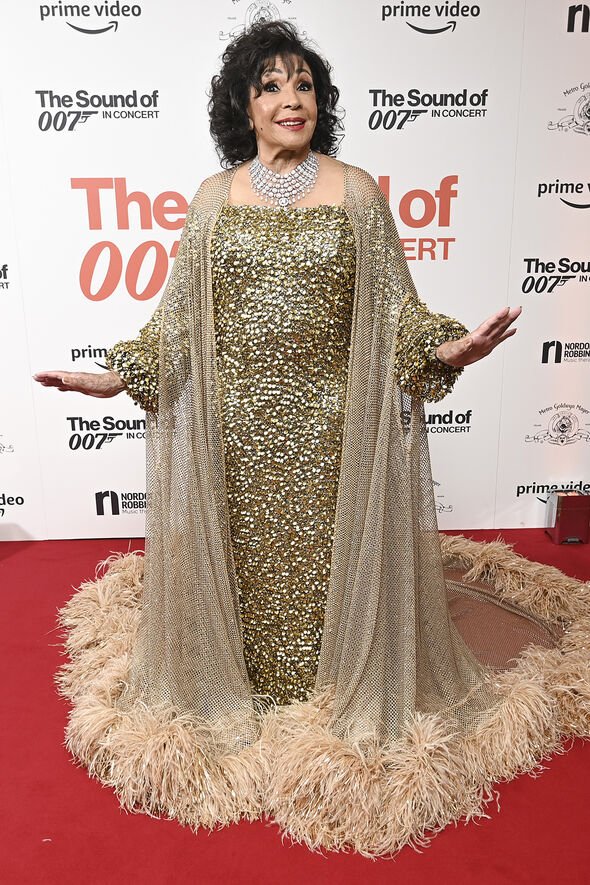 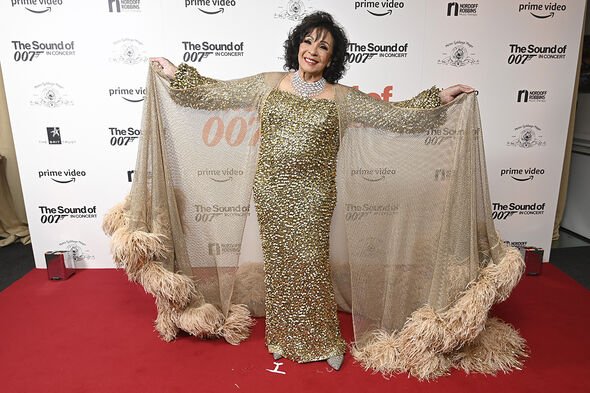 Dame Shirley Bassey headlined the concert this evening that was put in place to celebrate 60 years of James Bond. 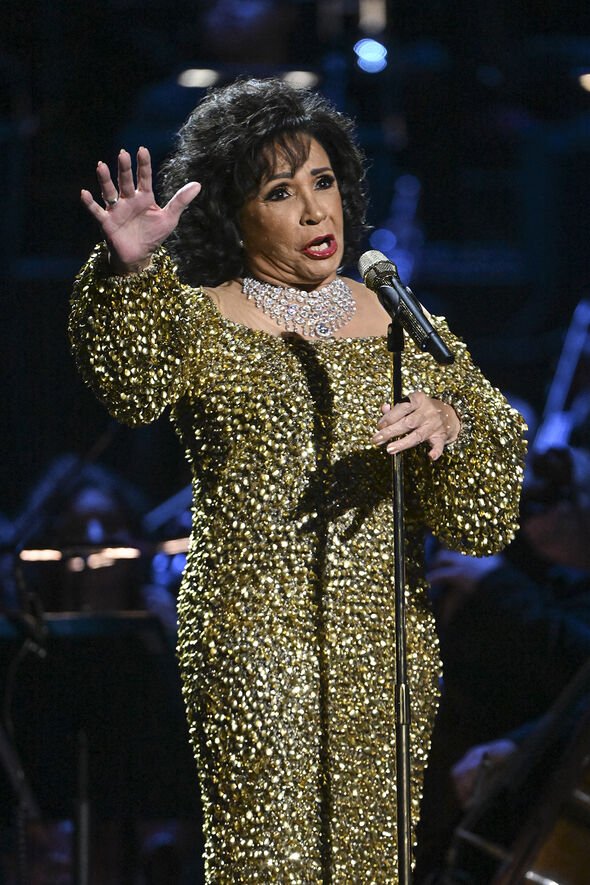 Dame Shirley Bassey performed more than one of the Bond themes, singing the soaring opening songs for Goldfinger in 1964, Diamonds Are Forever in 1971 and Moonraker in 1979. 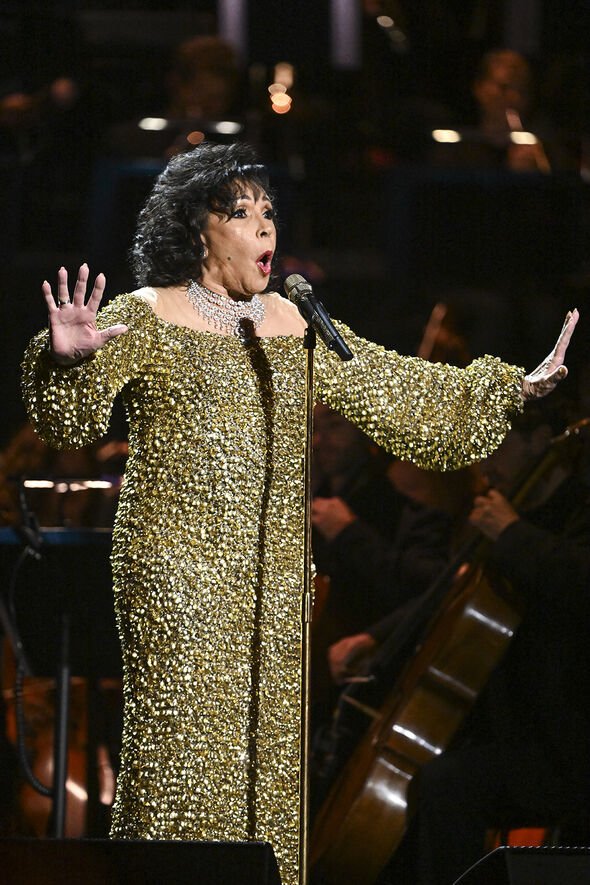 Dame Shirley Bassey is also the only artist to have performed more than one Bond song, having recorded three – Goldfinger, Diamonds Are Forever, and Moonraker. 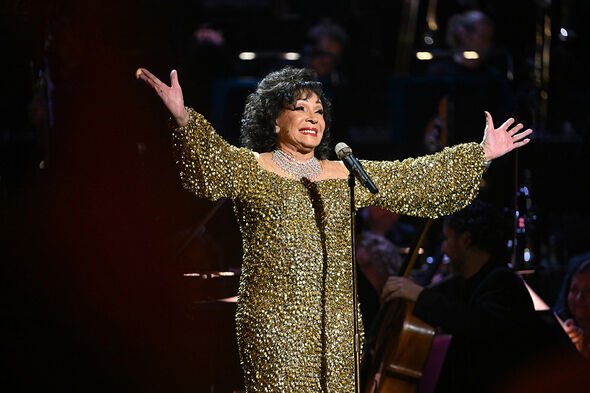 Dame Shirley Bassey was the first recipient of the Brit Award for best British female solo artist in 1977, and was the first musician to be awarded the Freedom of the City of Cardiff.