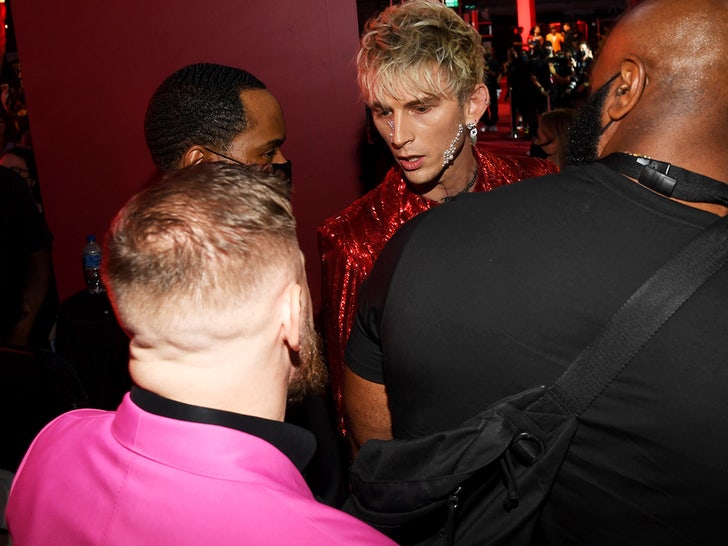 Conor McGregor just barely got his full health back, and the dude is already back to squaring up — only this time … he’s doing it well outside the Octagon, and against Machine Gun Kelly.

The UFC star appears to have gotten into a physical confrontation Sunday on the red carpet of the MTV Video Music Awards leading into the Barclays Center — right before showtime, no less — in a would-be clash that was captured by several photogs on the scene. 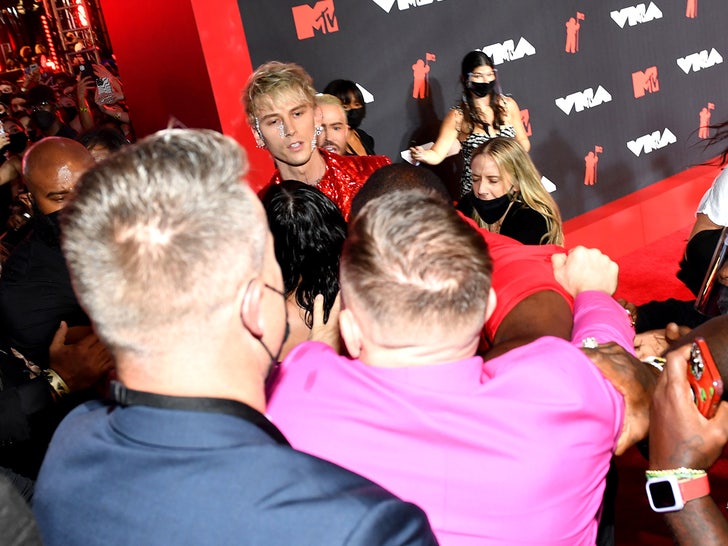 As you can see, there’s Conor in the pink suit mouthing off to MGK who’s not very far … and before you know it — the next shot has Conor seemingly lunging at the rocker as people step in to separate them. No sign of Megan Fox here, BTW.

CMG can be seen reaching for Kelly — but it doesn’t look like he ever got a hold of him or even laid a finger on him for that matter. Conor was yanked back by security on hand … with the Notorious looking furious and animated amid the scrum. 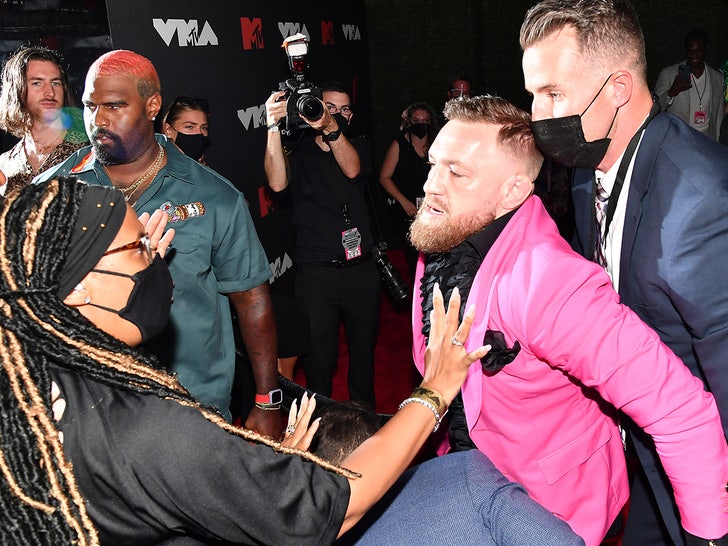 Unclear what might’ve set this whole thing off in the first place — but it doesn’t seem this escalated beyond a brief showdown … because we’ve reached out to cops in the area, and no one’s reported this (yet). It’s weird … MGK and Conor don’t really have a hostile history.

We got call in both guys’ camps to see what the fuss was about … so far, no word back.