Fishing For Love: How To Catch A Thai Bride

Nurse! I’m confused. Either I haven’t had my tablets today or the telly has become quite bewildering.

I’m still trying to puzzle out that ending to Agatha Christie’s The Pale Horse on Sunday night, which saw Rufus Sewell pick up a newspaper from his doorstep and read about his own death on the front page.

Please send me a postcard if I’m missing something obvious, but are we really meant to believe that those witches (harmless fortune-tellers until that point) could deliver a curse so deadly that a bloke wouldn’t even know he was dead till he saw the headlines? I can’t work that out. 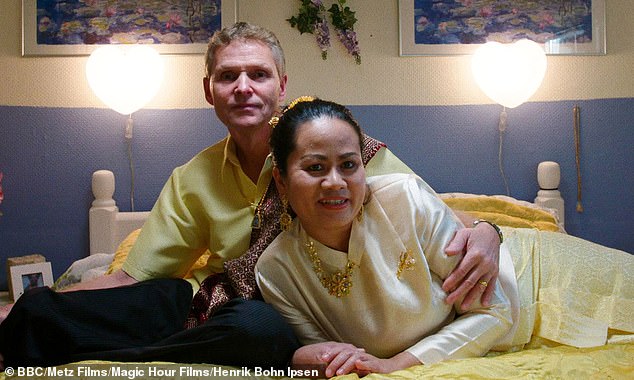 Today, more than 900 Thai women are married to local Danes, with most of the men many years older than their wives. Sommai and Niels are pictured above in Pattaya

Blame screenwriter Sarah Phelps, who adapted the book for TV. Dame Agatha would never have settled for a supernatural cop-out as an ending.

But I wonder what Miss Marple would have made of matchmaker Sommai, whose story was told in fragments on the Storyville documentary Fishing For Love: How To Catch A Thai Bride (BBC4).

Sommai was a former prostitute from Pattaya, Thailand, who met a Danish fisherman named Niels on his holidays in the Nineties and married him.

Over the next couple of decades, she arranged numerous matches for women from her home village and the menfolk on Denmark’s North Sea coast. 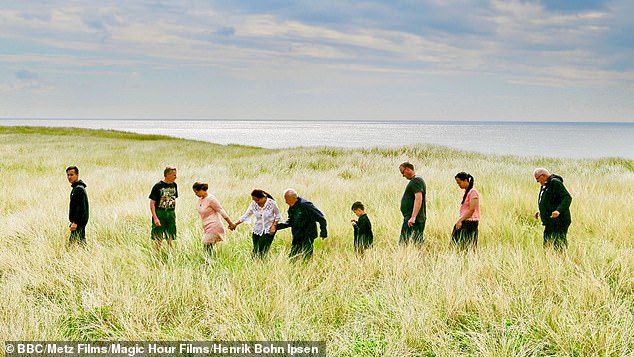 The brides qualified under Danish law for full residential visas after seven years of marriage (at least one promptly divorced her grumpy husband). Most of them looked furiously miserable. The cast are pictured together

Today, more than 900 Thai women are married to local Danes, with most of the men many years older than their wives.

Directors Janus Metz and Sine Plambech followed Sommai and Niels, and three other couples, watching the endless awkward silences and eavesdropping as the Thai women gossiped about their husbands. They didn’t ask questions, just letting the film run and leaving us to make sense of what was going on . . . if we could.

Sommai was not a sympathetic character. Back in Thailand for a friend’s funeral, she berated the grief-stricken daughter for sobbing until she collapsed: ‘Stop crying. We all have to die eventually.’

The brides qualified under Danish law for full residential visas after seven years of marriage (at least one promptly divorced her grumpy husband). Most of them looked furiously miserable.

They called Sommai their saviour, but there was no attempt by the film-makers to discover whether she charged for her matchmaking.

Perhaps she did it out of the goodness of her heart. She certainly seemed to have a lot of nieces. It was all fishier than a boatload of Danish mackerel.

If Metz and Plambech were too reticent with questions, comedian David Baddiel was struggling to get his words out on Confronting Holocaust Denial (BBC2).

Though his parents escaped Nazi Germany, most of his extended family was wiped out, and he was frequently speechless with disgust at the anti-Semitism he encountered.

That made for an impassioned documentary, and helped show a more likable side to Baddiel, for anyone who usually finds him unbearably smug and egotistical.

(Let’s face it, he didn’t help himself by making sure the camera repeatedly panned over the Spitting Image puppet of himself in his study.) 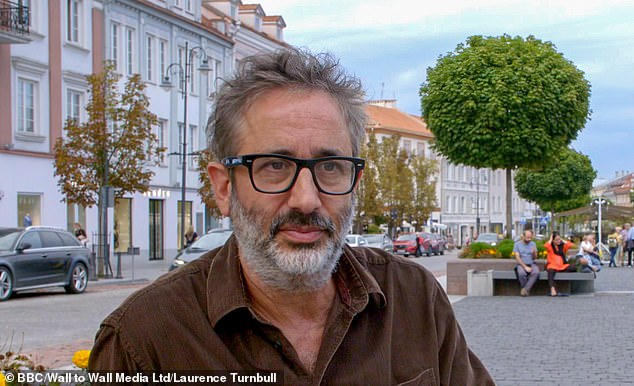 If Metz and Plambech were too reticent with questions, comedian David Baddiel was struggling to get his words out on Confronting Holocaust Denial (BBC2)

He was so worked up that, when he could have demolished one crackpot conspiracy theorist with a couple of sarcastic jibes, he got into a heated debate instead.

The man, Dermot (an Irishman of the type they call ‘an eejit’), performed a song he’d written about the Holocaust called Auschwitz Had Its Perks.

‘I’m not Louis Theroux,’ Baddiel fumed. ‘I just want to punch this bloke in the face.’ That’s understandable, but not very articulate. This documentary was a missed opportunity.

Dark tribute of the night: Daisy and Charlie Cooper, as slow-witted cousins Kerry and Kurtan in This Country (BBC1), saluted their late co-star Michael Sleggs, by letting him stir up trouble from beyond the grave. It was funny and oddly touching.

The April 3 episode of ‘Sydney to the Max’ will feature the new song ‘Find My Own Way.’ HL has