Home » Chrissy Teigen reveals Meghan Markle reached out after son Jack's death: 'She is really wonderful and so kind'

Chrissy Teigen confirmed Meghan Markle is as nice as everyone says she is.

The “Cravings” author, 35, revealed on “Watch What Happens Live!” Tuesday night that the Duchess of Sussex reached out to her after losing her son, Jack, last year. Markle also suffered a miscarriage during the summer.

“Yeah, she’s been so kind to me ever since we connected,” Teigen said. “She had written me about baby Jack…. but yeah she is really wonderful and so kind — just as kind as everyone says she is.”

The media personality added, “That’s why you look at everything and you’re like ‘My god, what is absolutely wrong with people that they have to make this person out to be so malicious or so crazy?’ When it’s just as simple as them being as kind as everyone says they are.”

Teigen admitted she did watch Markle and Prince Harry’s tell-all interview with Oprah Winfrey and thought it was a “big” moment. 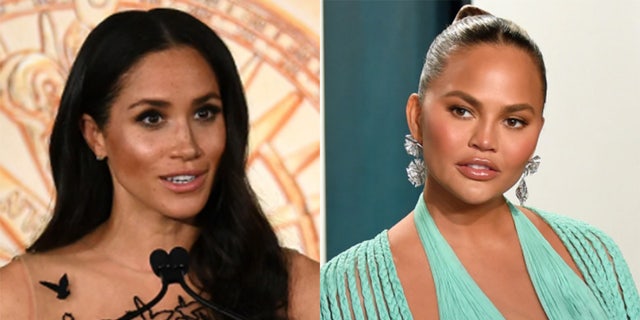 “I think when I ended up watching it, it was like ‘Holy s— this is big,” Teigen described. “But also I waited a long time to watch it, so I’d already heard so much about it.”

In fact, the two mothers spoke sometime after it but Teigen didn’t learn anything new from their conversation.

“No. I think she’s been very honest [and] open,” Teigen said. “I think her truth has been her truth since the very beginning.”

Teigen and Markle first met each other years ago when the two appeared on the game show “Deal or No Deal” together.

“I was on Deal or No Deal with her and she was lovely,” Teigen told the Daily Mail. “Now everyone asks me what she was like and I say, ‘Sorry, no dirt.’ She’s gorgeous.”