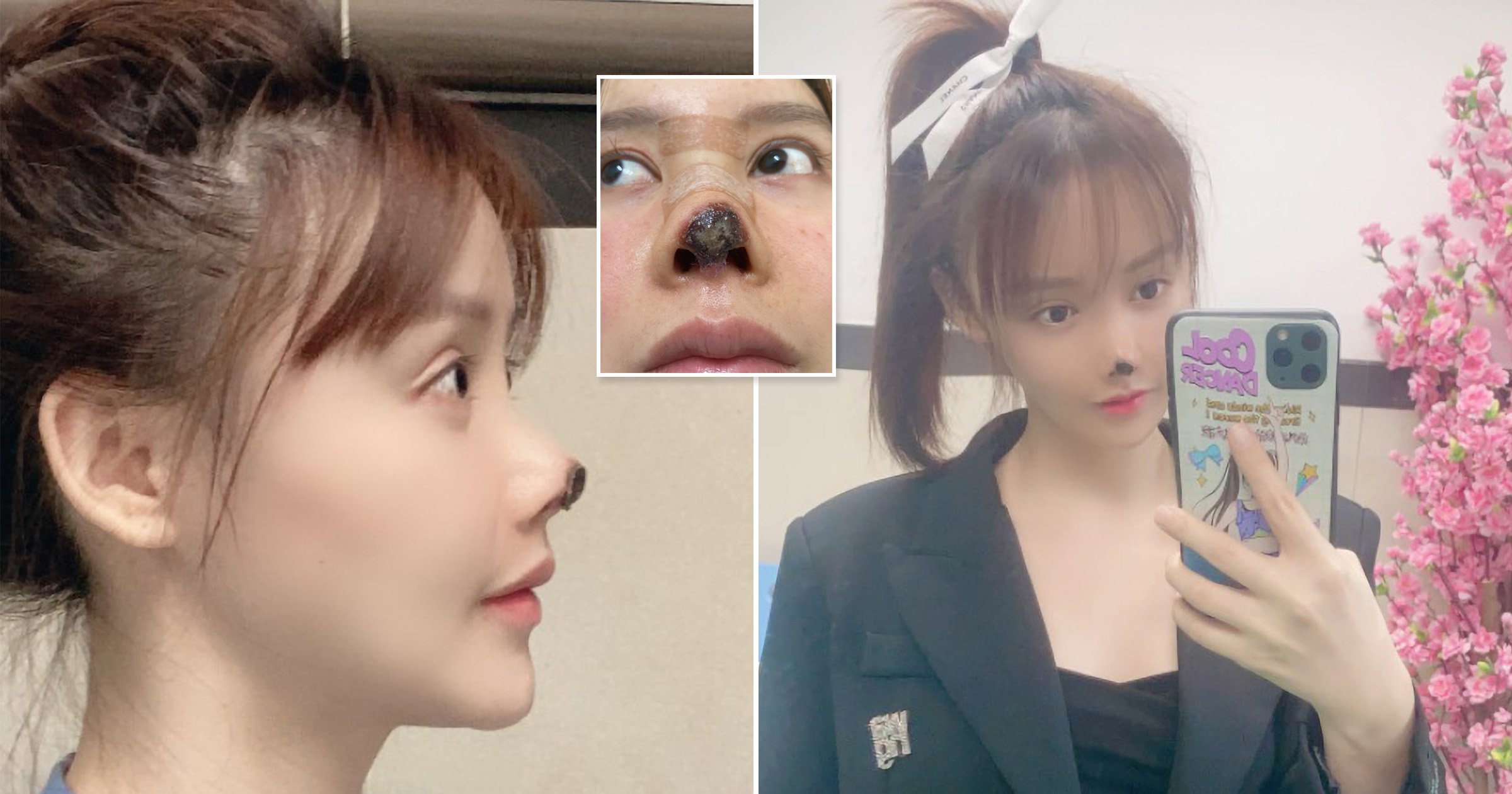 A Chinese actress has warned fans about the dangers of cosmetic surgery after the tip of her nose died following an operation.

The 24-year-old explained to her five million followers that she had been off the platform for a month after suffering necrosis – that is, the death of tissue – of the nose.

The tissue at the tip of Gao’s nose had died, leaving a blackened, flattened tip.

Necrosis cannot be reversed, and it occurs when too little blood flows to the tissue affected; it can be caused by injury, infection, cancer or inflammation. Gangrene is a type of tissue death.

As reported by the BBC, Gao said that she had been introduced to a plastic surgery clinic in the city of Guangzhou by a friend, and decided to get a ‘slight trim’ on her nose as she believed it would help her career.

Gao is a singer and actress who has already starred in a number of films and TV shows.

She said: ‘The entire procedure lasted four hours. I thought that in these four hours, I would be made more beautiful.

‘I didn’t expect these four hours to be the beginning of a nightmare.’

After the operation in October, Gao was told that she would be able to go back to work by December or January.

However, her nose felt ‘irritated and tingly’ and repeatedly became infected, before the tissue began dying.

Gao said: ‘The skin on the tip of my nose… became darker and darker, and my nose became necrotic.’

The actress was reportedly hospitalised for two months and had suicidal thoughts.

She was told that she is unable to have reconstructive surgery on her nose for at least a year due to the extent of the damage.

An investigation is ongoing.

Cosmetic surgery is hugely popular in China, particularly among under-30s, and with 20 million people undergoing procedures in 2018, according to the South China Morning Post.

However, this popularity has led to a lack of regulation, with a reported 60,000 unqualified plastic surgery clinics operating in China as of 2019.