Home » Celebrities » Camaryn Swanson: 5 Things To Know About Tygas Ex-GF Who Accused Him Of Domestic Violence

Camaryn Swanson accused Tyga of domestic violence after things allegedly got physical between the two following their break up.

Tyga, 31, has been accused of domestic abuse by his ex-girlfriend, Camaryn Swanson. Per TMZ, 22-year-old Camaryn claims that the rapper hit her after she arrived at his home at 3 a.m. on Monday, October 11. Camaryn was reportedly “intoxicated” and “was shouting” at Tyga’s doorstep, so he let her inside. At some point afterwards, Tyga allegedly physically struck Camaryn. She was picked up from the home by her mother, according to TMZ, and she later shared photos of her alleged bruises from the incident on her Instagram Stories.

Per TMZ, Camaryn’s mother reported the alleged domestic violence incident to the Los Angeles Police Department. The following day, on Tuesday (Oct. 12), Officer Lee confirmed with HollywoodLife that Tyga turned himself into authorities and was arrested on a felony domestic violence charge at 9 a.m. He was later released after posting a $50,000 bail. We’ve also reached out to Tyga’s rep for comment, but haven’t heard back. 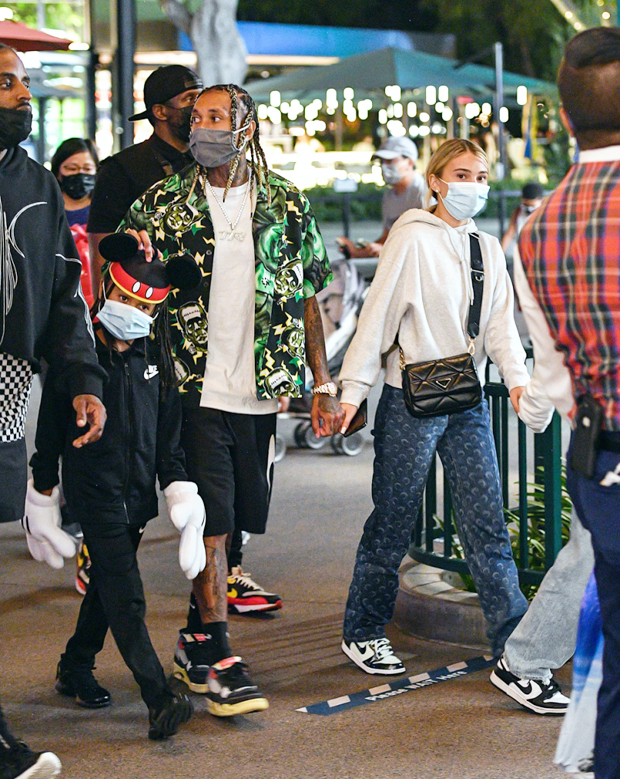 Camaryn had reportedly began dating Tyga earlier this year, but they seemingly broke up before the alleged domestic dispute occurred. Below, everything you need to know about Camaryn Swanson. 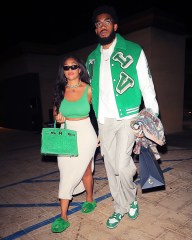 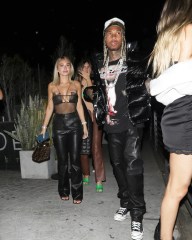 1. Camaryn is very into fashion.

Camaryn is quite the fashionista. On her Instagram account, Camaryn rocks an array of stylish outfits for photos, some of which are professionally shot. She often wears different color bathing suits, but truly can look good in any type of attire. On Monday, the day the incident with Tyga allegedly took place, Camaryn shared two photos of herself wearing black lingerie. She captioned the post, “busy until further notice.”

2. She started her own lifestyle and fashion brand.

Camaryn and her younger sister, Elle Swanson, are co-founders of a lifestyle and fashion brand called “Meaning of Mine“. According to the company’s website, Camaryn and Elle — who grew up in Miami, Florida — created “Meaning of Mine” because they “wanted to inspire girls to be the best version of themselves and feel good in their own skin.” The fashion brand consists of Mine Swim, Mine Sweats, and Mine Active, and “utilizes the best quality fabrics and has top of the line factories to carry out their production,” per the company website. Among the clothing pieces sold by the brand are string bikinis, sweatpants, activewear, and more.

3. She has a big social media following.

Over the years, Camaryn has amassed a huge social media following. As of the time of publishing, she has over 784,000 followers on Instagram. Camaryn is verified on the platform, and she’s listed as a “Public Figure.” Camaryn follows 513 accounts, including Shay Mitchell, Lori Harvey, and Emily Ratajkowski.

According to her IG bio, Camaryn is managed by Genflow Talent. The agency “allows influencers to own their own audience and build their own brands,” its website states. The company’s clients include Jordyn Woods, Bekah Martinez, Renee and Elisha Herbert, and more. 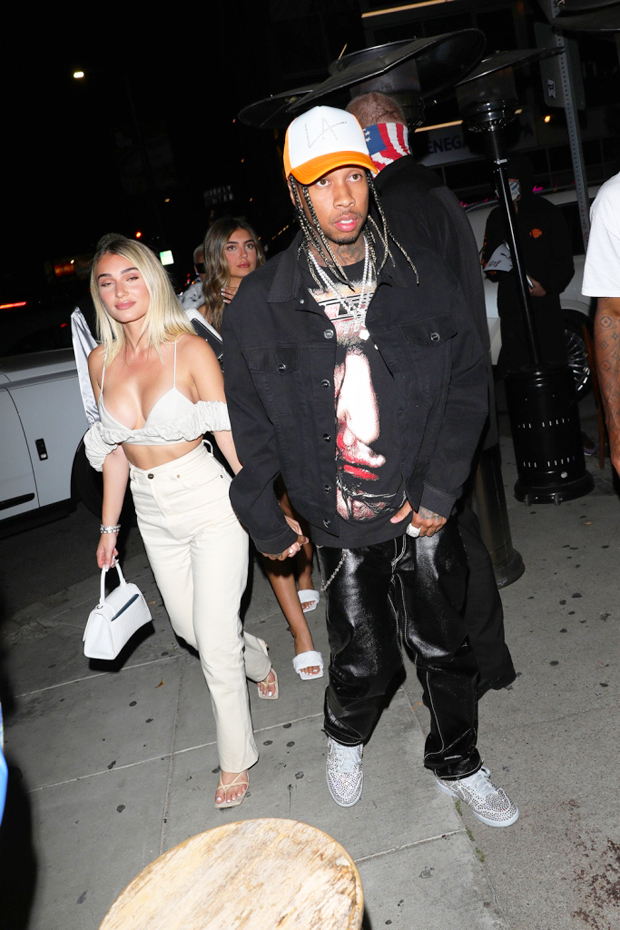 Reports state that Tyga and Camaryn began their relationship in early 2021. They then confirmed their romance in March 2021. The couple was spotted out together numerous times while dating, including an outing at the Nice Guy Restaurant in West Hollywood in April, followed by a trip to Disneyland the next month. They even sparked engagement rumors in June when Camaryn was seen wearing a beautiful diamond ring on that finger. Tyga and Camaryn seemingly broke up somewhat recently, which allegedly led to the domestic violence incident that Camaryn has accused the rapper of.

Prior to dating Camaryn, Tyga was in a high-profile relationship with Kylie Jenner. The two broke up in 2017 after roughly three years together. The rapper also had a relationship with Blac Chyna from 2011-2014. They share a son together, eight-year-old King Cairo Stevenson.