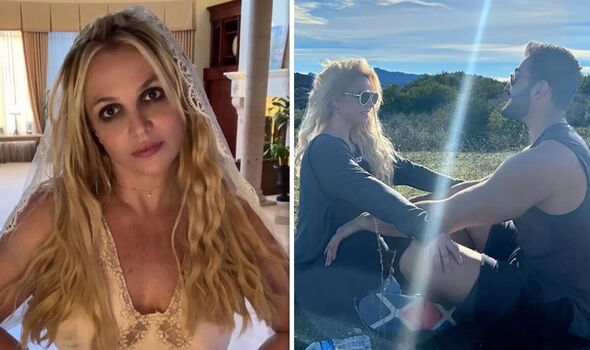 Britney Spears sparked concern amongst fans today after she deleted her Instagram page. The star had previously said she was going to change her name to “River Red”.

Some of the worried fans who made the calls to the police took to TikTok Tuesday to live stream the wellness check requests.

“I was calling because I am worried about the physical safety of a resident in your area,” one of the callers, who identified herself as “Christina,” can be heard saying in the clip.

When the officer asked why the fan wanted a wellness check, “Christina” responded, “There’s been suspicious activity online and now her account has been deleted.”

However Britney is not said to be in any kind of danger, the Ventura County Sheriff’s Office confirmed to Page Six.

The officer did not disclose just how many calls they received and said they would not reveal whether they made direct contact with Britney.

Britney has deleted her Instagram multiple times in recent years, and although the reason for her latest hiatus is unclear, a source previously told Page Six exclusively that the Stronger singer just likes to take social media breaks every now and then.

“She’s happy and in a great place,” the source said in September 2021, adding, “and silence can be a powerful thing and a powerful message.”

The insider also affirmed at the time: “This was her decision.”

The police spokesperson explained their reason for providing minimal details was due to the fact that any more transparency was a “public trust issue.”

“It’s just a privacy thing for the residents in our county,” the officer said.

“It’s a public trust issue. We just don’t disclose those kinds of things [such as wellness checks]. It’s not a crime.”

“We don’t really talk about any kind of mental health issues or anything like that,” he added.

“I can’t confirm or deny that deputies went to her house, but we don’t believe that Britney Spears is in any kind of harm or danger at this point.”

“It’s just a privacy thing for the residents in our county,” the officer said.

The Toxic singer made the announcement last week that she was changing her name to River Red.

She shared the news while making a video of herself in a bright red mini skirt and matching bandeau top, emblazoned with the Coca-Cola motif, while she danced to the song Attention by Omah Lay and Justin Bieber.

She has also changed her name on her Instagram bio to River Red.

Britney also addressed reports she last week had a “meltdown” at a restaurant in Los Angeles – with the update on her moniker leaving many of her fans saying on social media they are concerned for her state of mind.

She told fans: “I’ve been at my Aunt Suzy’s house, we made 3 pies to give at church service this Sunday!!! (sic)

“I hear the men prefer the cherry and the women prefer banana!!!”