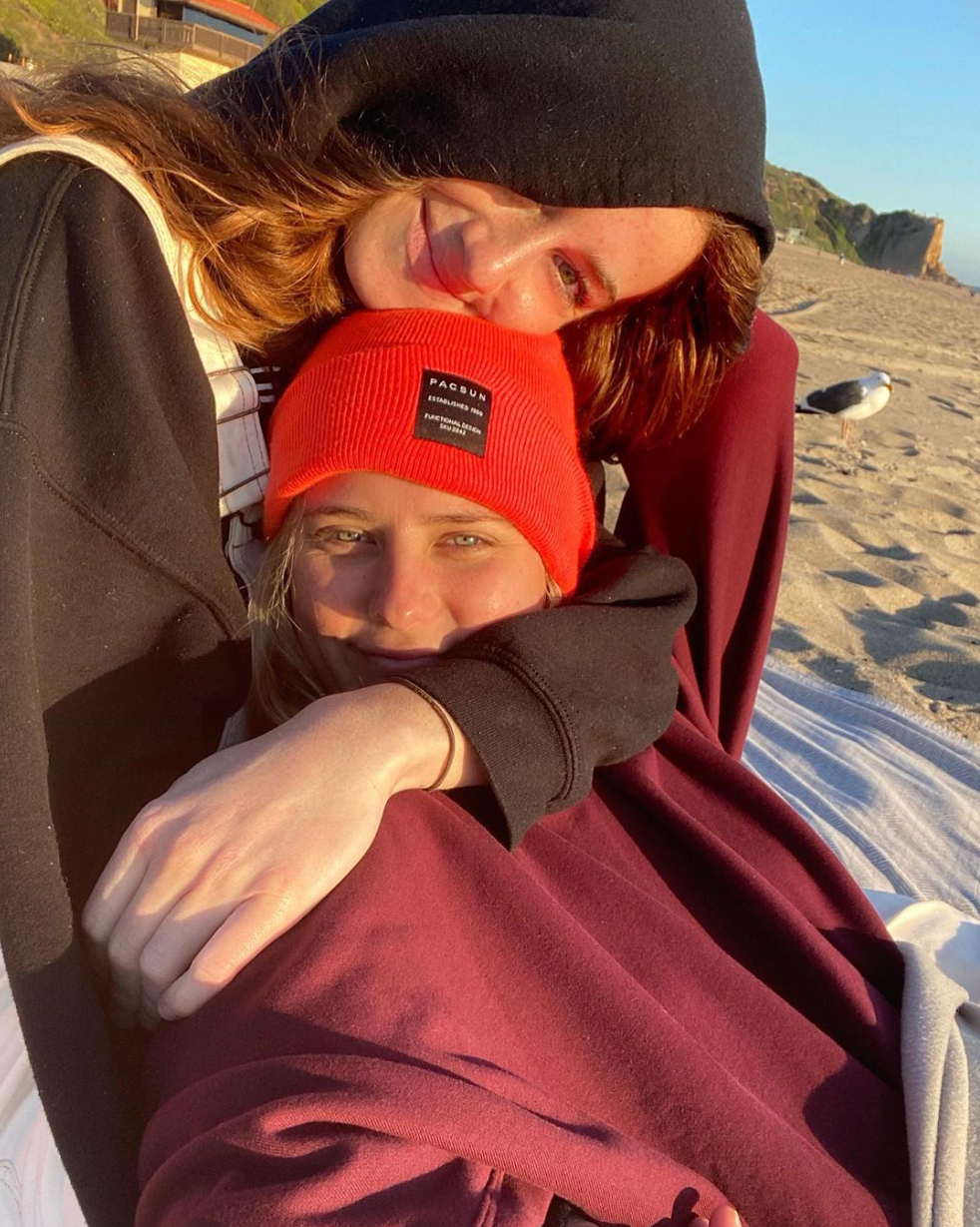 The former reality star, 27, confirmed to Us Weekly exclusively that her relationship with YouTuber Taylor Blake is the real deal shortly after the pair shared a handful of PDA pics on Valentine’s Day.

“She’s amazing and I’m so happy and thankful,” Haggerty told Us on Tuesday, February 18.

Will you be my valentine?#thethingaboutharry out this Saturday on @freeform 🥰🌈❤️

Rumors that the music video producer and the YouTuber, also 27, were an item started to take off when the couple shared a series of playful mirror selfies on Instagram on Friday, February 14. The photos showed Haggerty and Blake touching noses, kissing and gazing lovingly into each other’s eyes.

While Haggerty opted for a short and sweet Valentine’s Day caption, Blake shared a more heartfelt message on her social media page: “When I was 13 I wanted you to be my Valentine, but I was closeted and too scared to ask you – So, I asked your cousin Luke to be my Valentine instead. Here we are at 27, and I finally made you mine. You were worth the wait, you little s–t.”

The ABC dating show alum later posted a clip of herself kissing the Reality House star at an event in Beverly Hills marking the premiere of the Freeform romantic comedy The Thing About Harry.

“What are you?” Blake asked in the Instagram Story, to which Haggerty responded, “Gay and happy. Aren’t those the same thing?”

The new relationship comes just three months after Haggerty confirmed her split from Burnett, 24, following their groundbreaking engagement on the season 6 finale of Bachelor in Paradise.

“With a heavy heart full of love for one another we have decided it is best for us to take a step back from our relationship,” the Texas native captioned a black-and-white photo of herself and Haggerty in October 2019. “We will forever be proud of the impact our love story has made and we hope it has helped others feel more accepted and confident within themselves. We hope it reminded others they aren’t alone and don’t need to be ashamed of who they are.”

Though Haggerty has moved on more publicly, fans have speculated that Burnett might be sparking a romance with The Bachelorette Australia’s Ciarran Stott after she joked about “talking to a guy with a lot of tattoos” on Twitter in January.