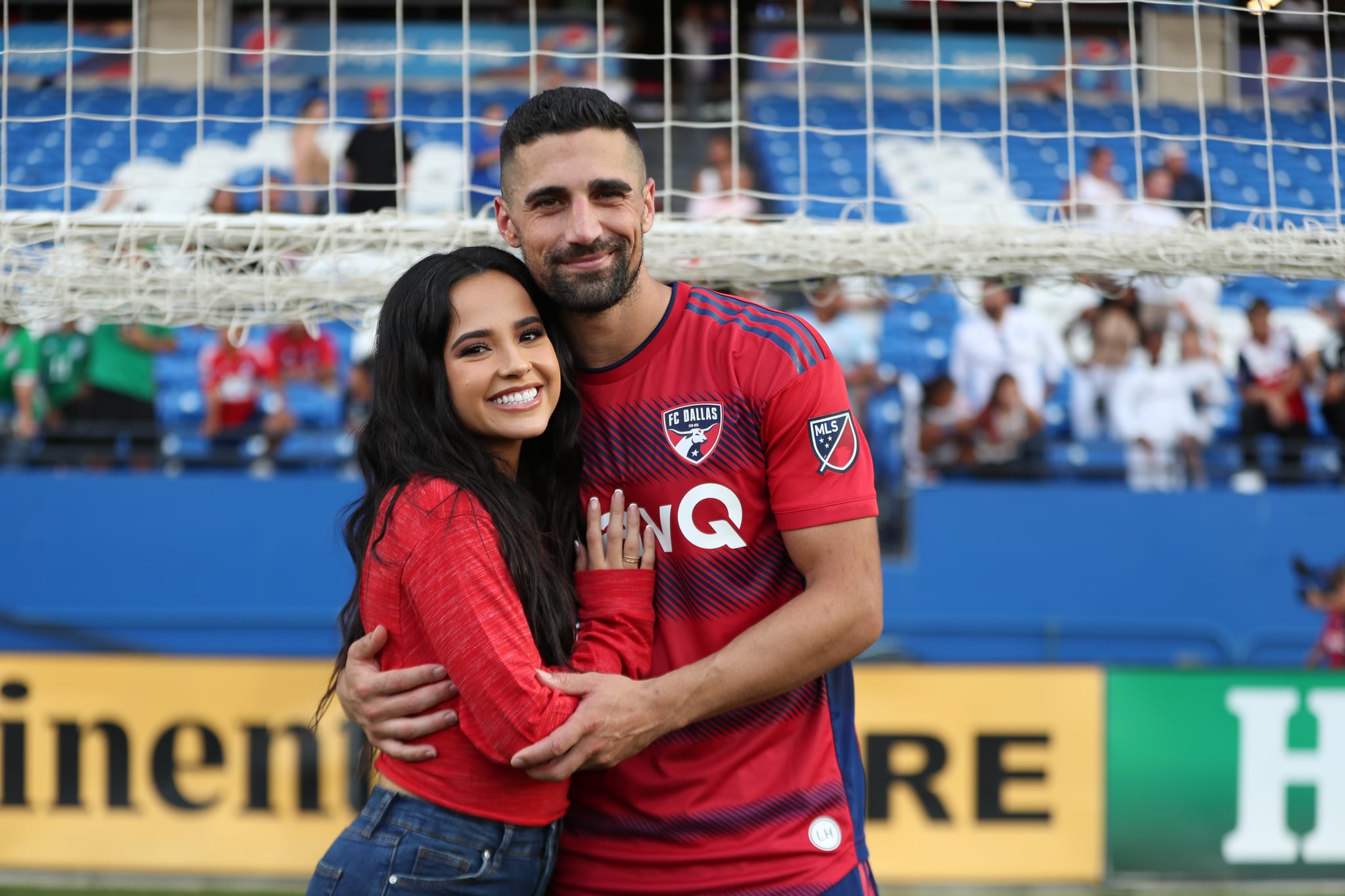 Becky G is getting married! On Dec. 9, the music superstar confirmed that she’s engaged to her boyfriend, soccer player Sebastian Lletget. She shared photos of their oceanside proposal on Instagram and wrote in the caption, “Our spot forever.” In one photo, Lletget is down on one knee, and in another, they pose for a selfie while she shows off her oval-shaped engagement ring.

A day earlier, a TikTok user shared a video of Lletget proposing to the “Mamiii” singer. Representatives for Becky G and Lletget did not immediately respond to POPSUGAR’s request for comment on the news.

Becky G, 25, and Lletget, 30, began dating in 2016. She revealed in 2017 that they actually met through her “Power Rangers” costar Naomi Scott. Scott’s husband, Jordan Spence, is also a soccer player and had been teammates with Lletget. Scott wanted to set her costar up with him, but Becky G was hesitant to say yes. Scott finally showed her a video of him, and Becky G agreed to go on the date.

Lletget currently plays for the Major League Soccer club FC Dallas and has previously played for the LA Galaxy and the New England Revolution. The midfielder is also a member of the United States men’s national soccer team, though he didn’t make the trip to Qatar for the World Cup. On Nov. 17, the couple attended the Latin Grammys together, and she shared a behind-the-scenes look at their date night on Instagram. He also shared photos from their night and wrote, “Singing isn’t really my thing but I still took home the best award.”

Becky G has a had a lot to celebrate this fall: on Nov. 29, she landed on the Forbes “30 Under 30” list and shared an emotional response to the news on Instagram. “This young Chicana from Inglewood who started this journey living in her abuelito’s garage over 15 years ago didn’t even know what Forbes was to be completely honest,” she wrote in part alongside a video of her crying.

Congrats to the couple!