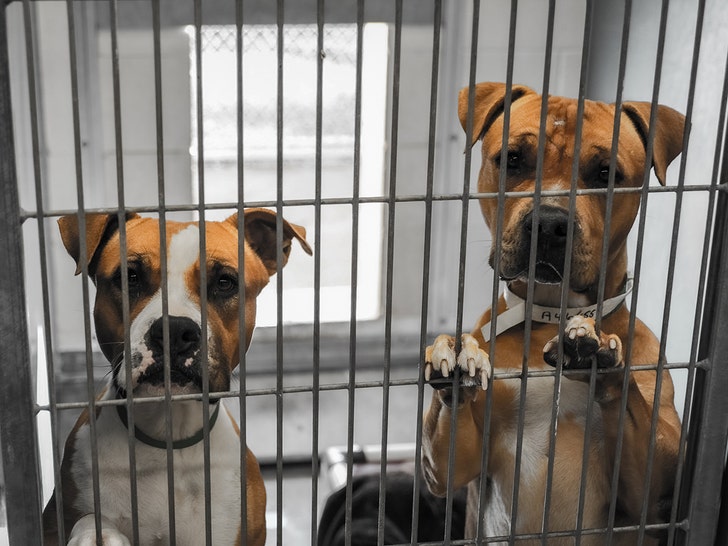 Amid all the chaos in Australia over renewed COVID lockdowns, a damning report claims a local government killed a bunch of rescue dogs … to keep the volunteers from going out.

The allegation stems from a Sydney Morning Herald story published Sunday, which cites a watchdog org that keeps tabs on the Bourke Shire Council … which sits in a rural area in New South Wales. The shelter, which isn’t named, apparently lies in the town of Cobar.

Per the outlet, the watchdog claims it’d been informed of the local council’s decision to recently gun down a handful of rescue pups at a nearby pound — this as a result of what they say is the government’s twisted interpretation of Australia’s newly imposed restrictions.

The idea behind this alleged onslaught … keep the volunteers from leaving their home and potentially interacting/spreading the virus. To that end, apparently, they offed the pooches.

The watchdog also says they’re investigating whether any laws were broken by the command — namely, whether any companion animal or cruelty violations were at play. The cruelty one certainly seems like a viable claim … ’cause this might’ve been totally unnecessary.

SMH says an anonymous source directly familiar with the shelter’s staff/protocol claims they already had COVID measures in place to handle the dogs … adding one was a new mom.

The drastic move speaks to just how crazy things are down under at the moment — the government is enforcing strict rules for its residents … which has led to a lot of unrest, protests and clashes with police — especially this weekend, where people are out in force.

The issue has gotten so heated that people are finding creative ways to push back — including reports of big rig truck drivers refusing to deliver goods en masse and slow down the economy. Some people have even gone the Paul Revere route to rally the citizenry.

It’s a complicated matter. Like we said … cases are through the roof there and the government appears to be doing what it thinks is best for its people. But, they’re clearly not down with the method — and as it relates to the dogs that were allegedly killed … it’s BS.