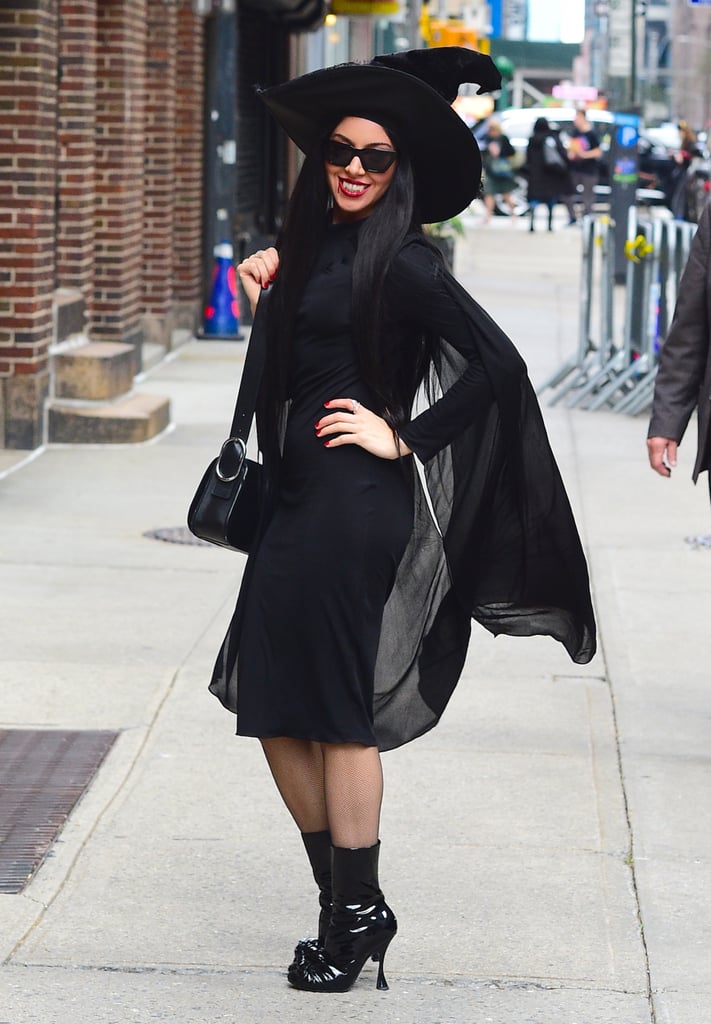 Aubrey Plaza conjured up some Halloween vibes on her way to the set of “The View” on Wednesday. Just days before the spooky holiday, the “The White Lotus” star took a stroll through New York City in a witch’s costume, complete with a pointed black hat and patent leather boots that would make the Sanderson Sisters screech with envy. Nearly unrecognizable, Plaza donned a pair of sunglasses as well as a shaggy waist-length wig in black with a 2000s-esque middle part. The hair blended in seamlessly with her black minidress and sheer cape, which she fanned out behind her while she made her grand entrance.

In November 2021, Plaza released her children’s book, “The Legend of the Christmas Witch,” which she cowrote with Dan Murphy. To promote the book, Plaza made appearances on “The Ellen DeGeneres Show” and “Today” in Christmas witch costumes of her own, blending shades of red and black for finished ensembles that were as festive as they were haunting. Plaza kept the color scheme going in her most recent iteration of a witch’s costume with a pair of black mesh tights, tinted sunglasses, vibrant red nail polish, and a ruby lip with a drop of blood dripping down her chin. She completed the look with a pair of vampire fangs that left our visions of the supernatural colliding.

Like her “Parks and Recreation” character, April Ludgate, Plaza has a love for all things creepy that definitely makes itself known around Halloween. So it only makes sense that she’d conduct her most recent talk show appearance in such a bewitching ensemble.

See Plaza’s badass witch costume from all angles ahead.