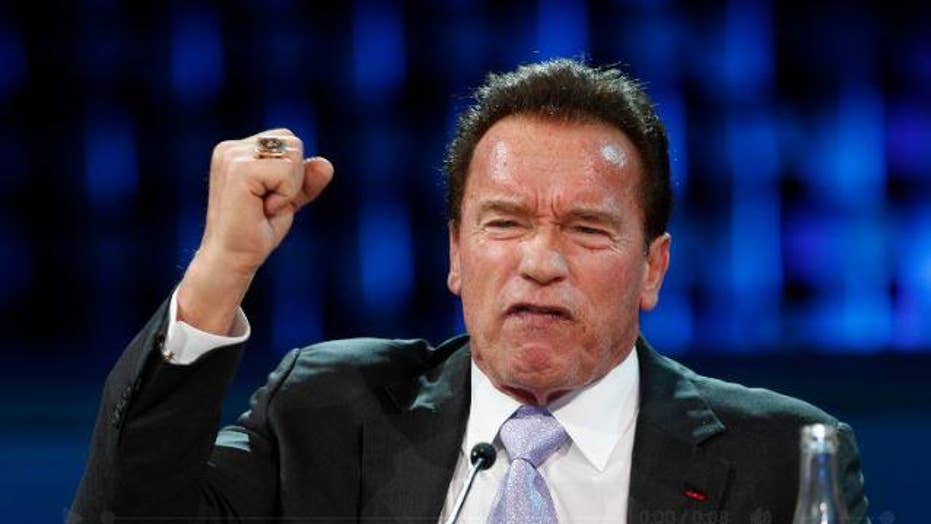 Actor and former governor of California Arnold Schwarzenegger fires back at President Donald Trump for his attacks on the late Senator John McCain.

Arnold Schwarzenegger found himself in a precarious situation on Friday afternoon in Venice, Calif.

The 71-year-old actor's security guard pulled a taser gun out on an alleged thief who was attempting to steal the former bodybuilder's bike.

The incident took place outside of a gym, according to TMZ. The unidentified man reportedly approached the custom-made bike and the security guard drew his weapon until the man backed up.

ARNOLD SCHWARZENEGGER BLINDSIDED, DROPKICKED IN THE BACK DURING SPORTING EVENT

"The Terminator" star then reportedly took his bike and posed for pictures with fans before pedaling away, per The Blast.

A Los Angeles Police Department spokesperson told Fox News on Friday that "no report was taken" and the police "were not called" but did confirm Schwarzenegger's security guard took out a taser gun. The police did not have any additional information about the alleged thief in question.

Schwarzenegger's Chief of Staff told Fox News, "Security did a great job of stopping the theft without escalating the situation. Arnold is happy to have his bike. There was no police involvement."

Last month, Schwarzenegger was dropped-kick in the back by a fan in South Africa during his Arnold Classic Africa event.

Schwarzenegger posted about the incident on Twitter, telling his fans “there is nothing to worry about."

“I only realized I was kicked when I saw the video like all of you,” he added. “I’m just glad the idiot didn’t interrupt my Snapchat.”