Ant Middleton is best known for his no-nonsense approach on the Channel 4 series, SAS: Who Dares Wins. The 40-year-old has since broken his silence over claims he had been “fired” from the show as he reacted to Good Morning Britain host Piers Morgan, 55.

The ITV broadcaster hit out on Twitter today after it was reported that Ant had been dropped from the Channel 4 show as their values “no longer aligned”.

In view of his 7.7 million Twitter followers, Piers penned: “Absurd that Channel 4 fired @antmiddleton for his opinions. He’s an SBS special forces war hero, what did they think they were hiring – a shrinking violet choirboy? Such a spineless surrender to the PC Police.

“Ant’s a top bloke – when he’s not strangling me.”

The TV anchor had accompanied the post with a cheeky snap of Ant placing Piers in a headlock. 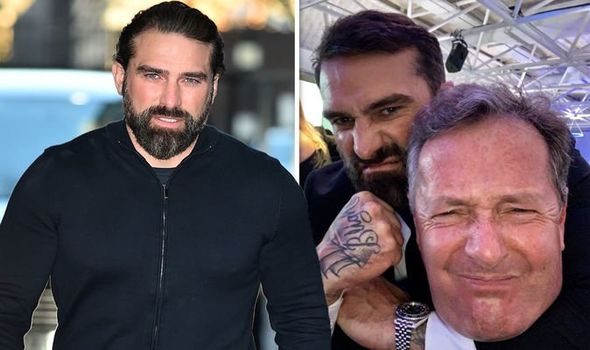 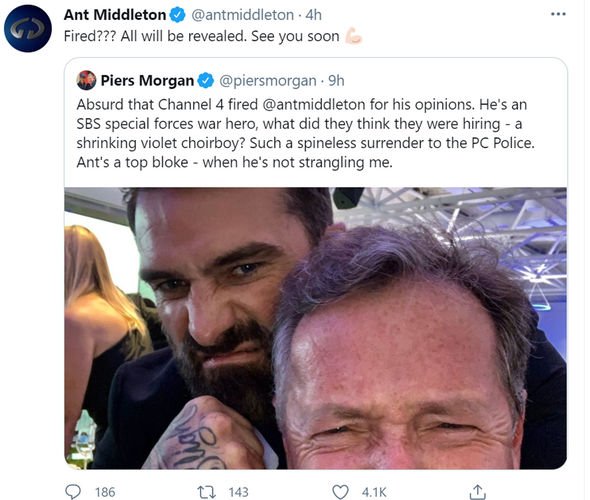 The former SAS: Who Dares Wins star addressed the claims that he was “dropped” and explained that the real reason he is no longer on the programme will be “revealed” in due course.

Ant retweeted Piers’s post, in view of his 321,000 followers and shared a cryptic message.

The former Channel 4 star has now broken his silence and revealed that he decided to leave SAS: Who Dares Wins. 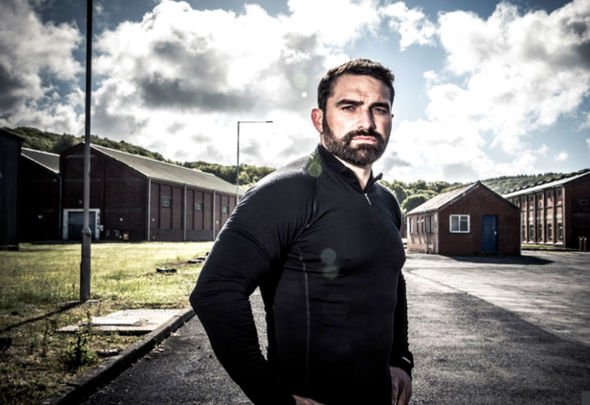 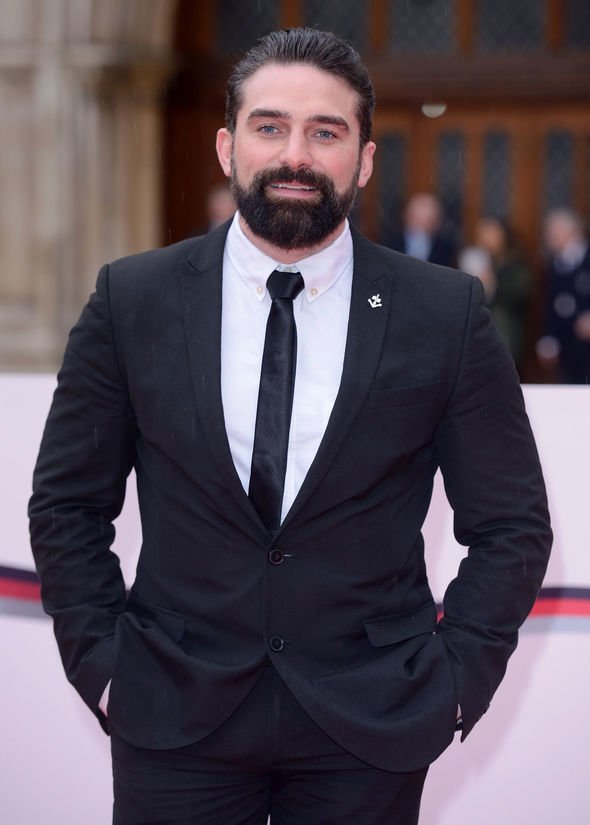 The former Special Forces soldier said he is “really disappointed” with the network and that their “butting heads” resulted in him leaving the series.

Ant explained that the show has had a major overhaul since it started in 2015 and the show does not mirror the brutal SAS selection process to join the elite unit.

He likened the series to more of a “reality show” which he admittedly wanted to steer away from.

“I think that ultimately what has happened is that the people that make the show and I have very different opinions on where the show started and where it is going in the future,” Ant explained.

“I am sad to say that in recent years the producers of the show have drifted from this and it has become more of a reality show than I feel comfortable with.”

Ant continued to The Sun: “I have decided to walk away from it, it is clear Channel 4 and I have fallen out over it and that is regretful.

“I have butted heads with some of the team but ultimately it is out of a passion for what I wanted to do and that makes the best show possible.”

Despite no longer being a part of the programme, Ant admitted it was a highlight for him in his professional career.

Channel 4 confirmed Ant will not be working on the show in the future in a statement yesterday.

It read: “Ant Middleton will not be taking part in future series of SAS: Who Dares Wins.

“Following a number of discussions Channel 4 and Minnow Films have had with him in relation to his personal conduct it has become clear that our views and values are not aligned and we will not be working with him again.”

Ant posted a message to his 1.1 million followers on Instagram shortly afterwards about his exit from the show.