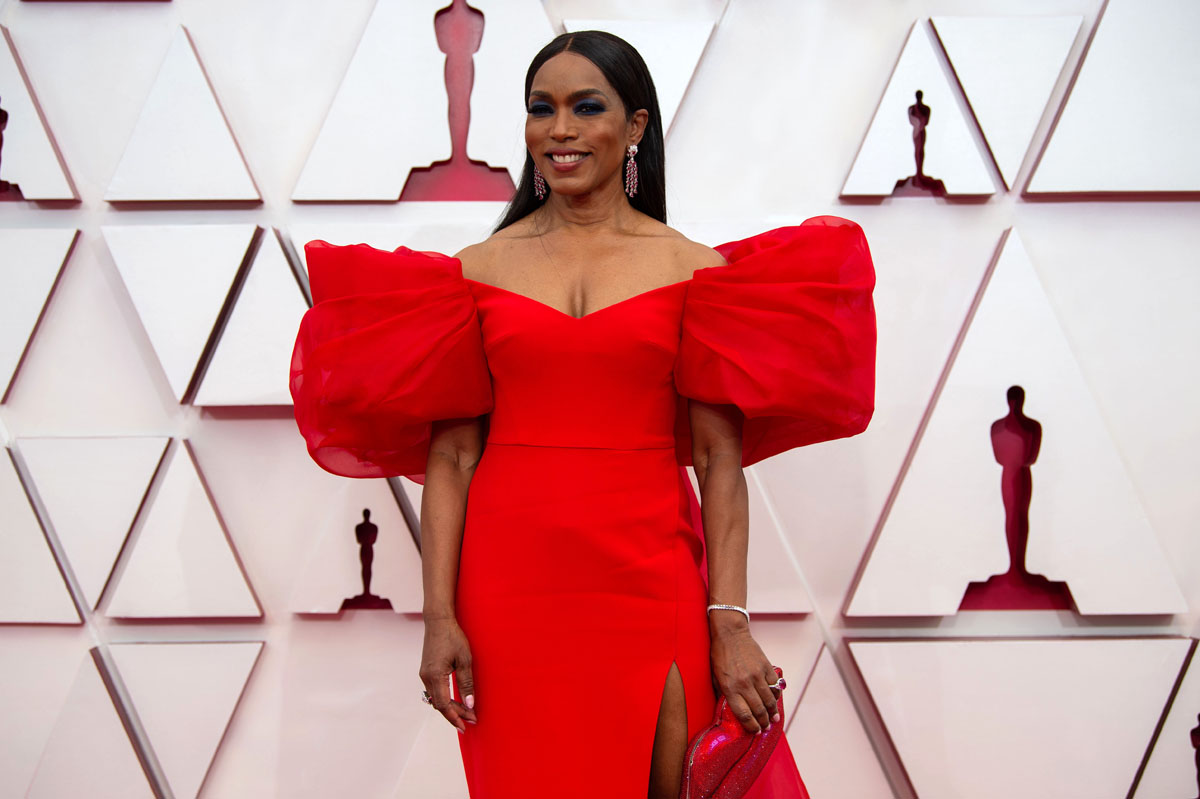 Angela Bassett was a standout last night in a red Alberta Ferretti gown with giant balloon shoulders. I love an oversize detail on a dress when the rest of the look is sleek. Angela presented the In Memoriam segment, which ended with Chadwick Boseman. Chadwick first met Angela when he was assigned as a student to accompany her when she was awarded an honorary doctorate at Howard University. Chadwick didn’t remind Angela of this until the premiere of Black Panther! They shared a hair and makeup trailer too.

Look at her sitting down!
Embed from Getty Images

I didn’t even notice her lips clutch. 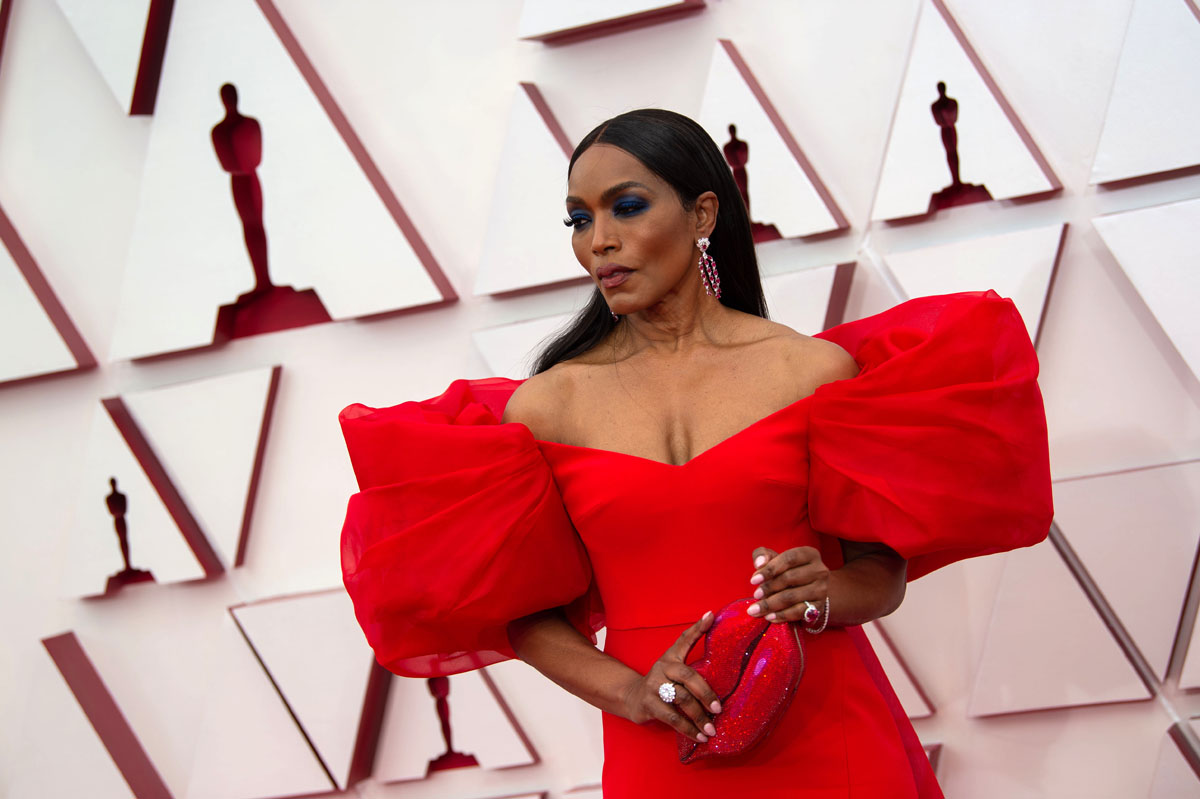 Rita Morena is 89 f’ing years old. I look to Rita and Jane Fonda as my aging inspirations. I don’t have an ID on her gown but she looks so stylish. I love the matching coat and how well accessorized she is. Rita went to the Oscars with her daughter, Fernanda Luisa Gordon. Rita presented Best Picture, which went to Nomadland. They played her on with the intro from Electric Company! 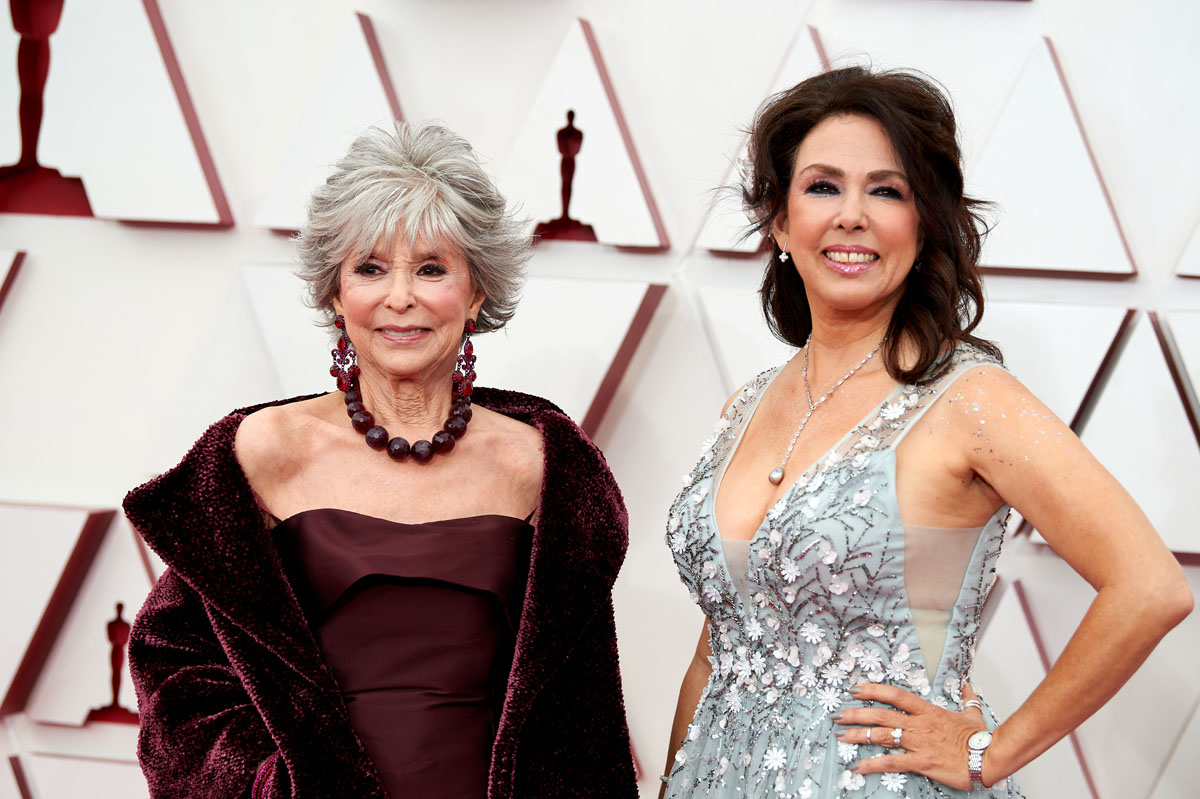 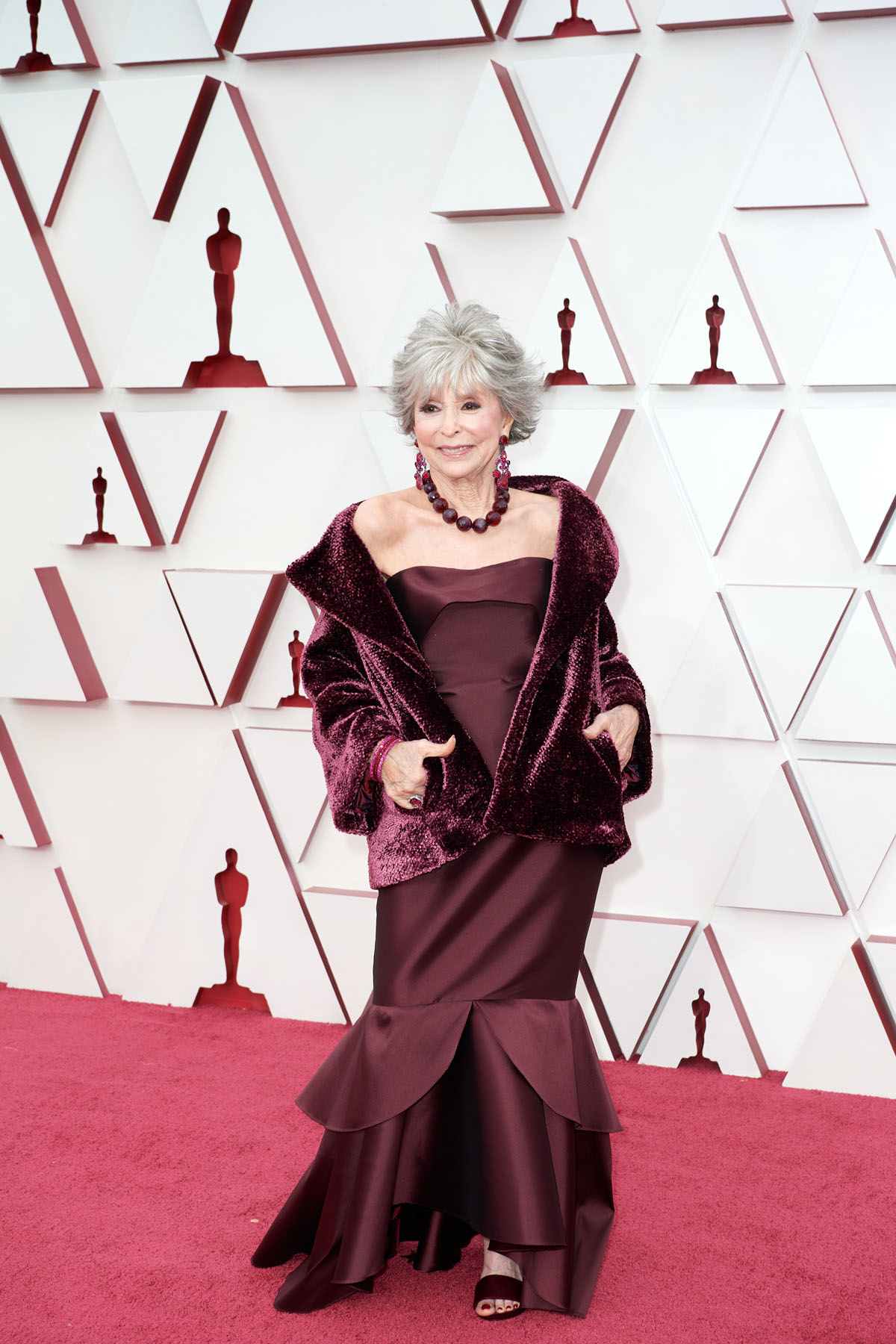 Speaking of Best Picture, director Aaron Sorkin, 59, brought his new girlfriend, Paulina Porizkova, 56, as his date. (I was hoping Trial of the Chicago 7 might win in an upset, but no.) They look loved-up. I really like that they’re around the same age and they’re so cute together. Paulina just did an interview where she was talking about how great sex is when you’re older. Get it! 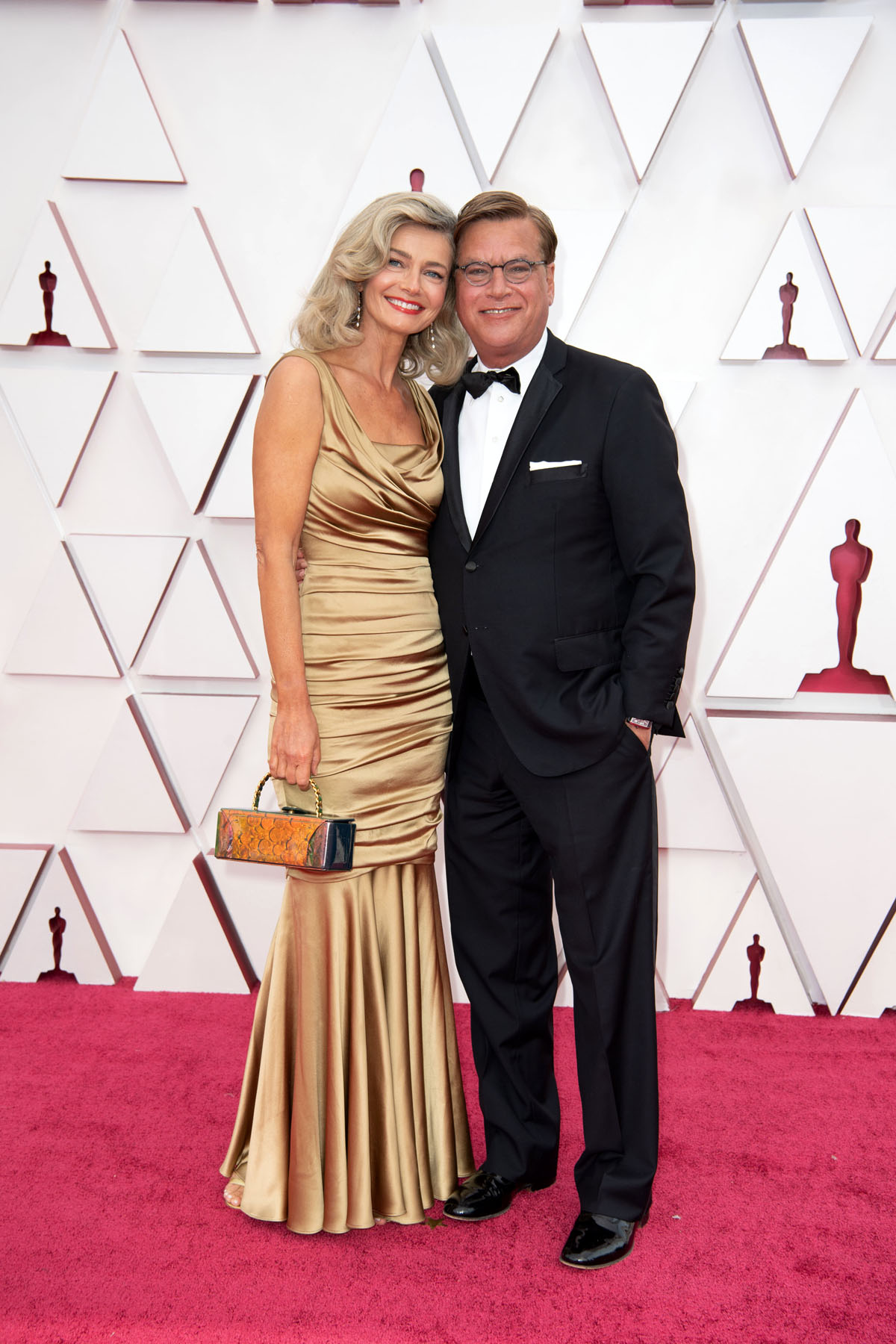 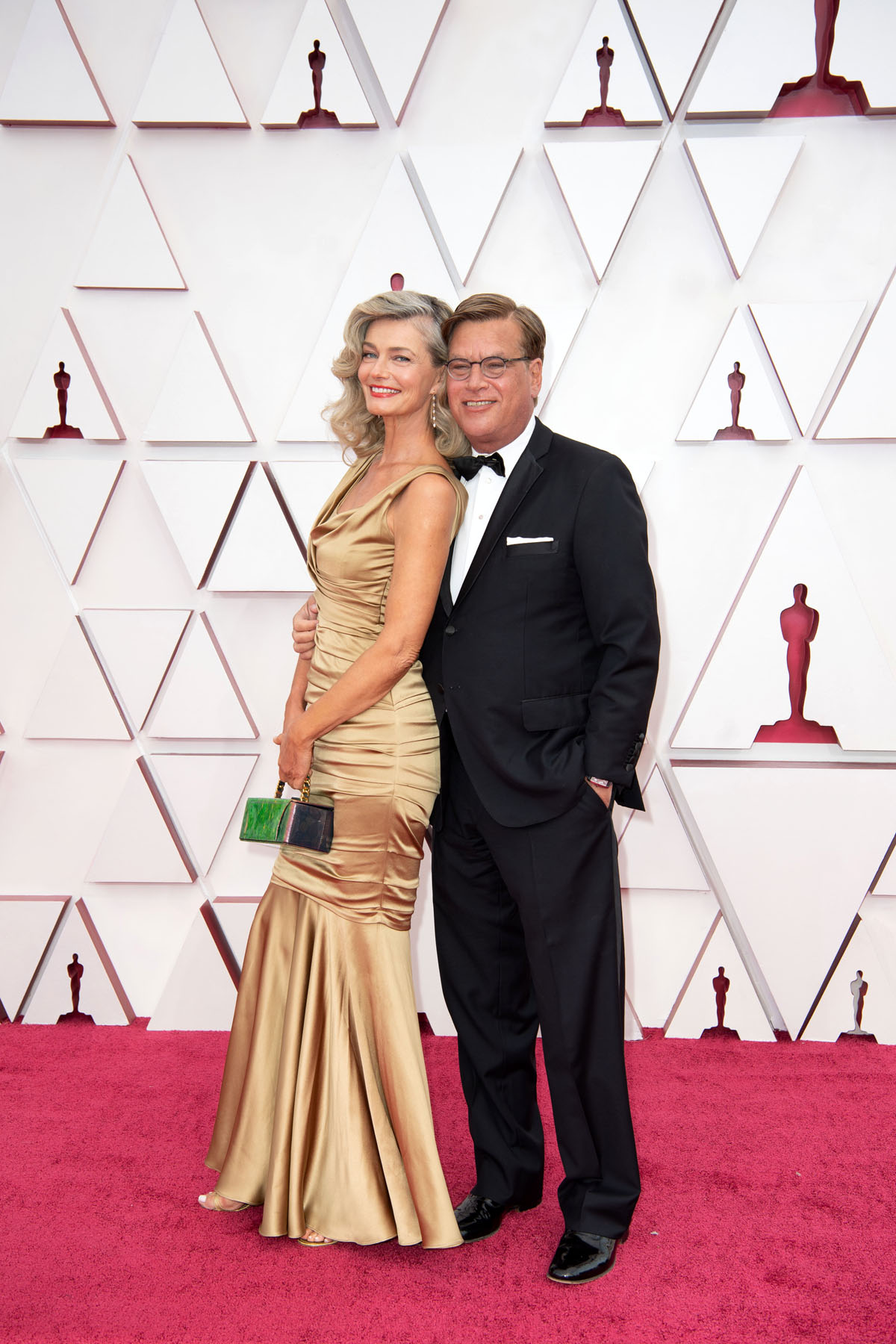