Home » Celebrities » Ali Stroker is the first wheelchair user to win a Tony: ‘Anything is possible’ 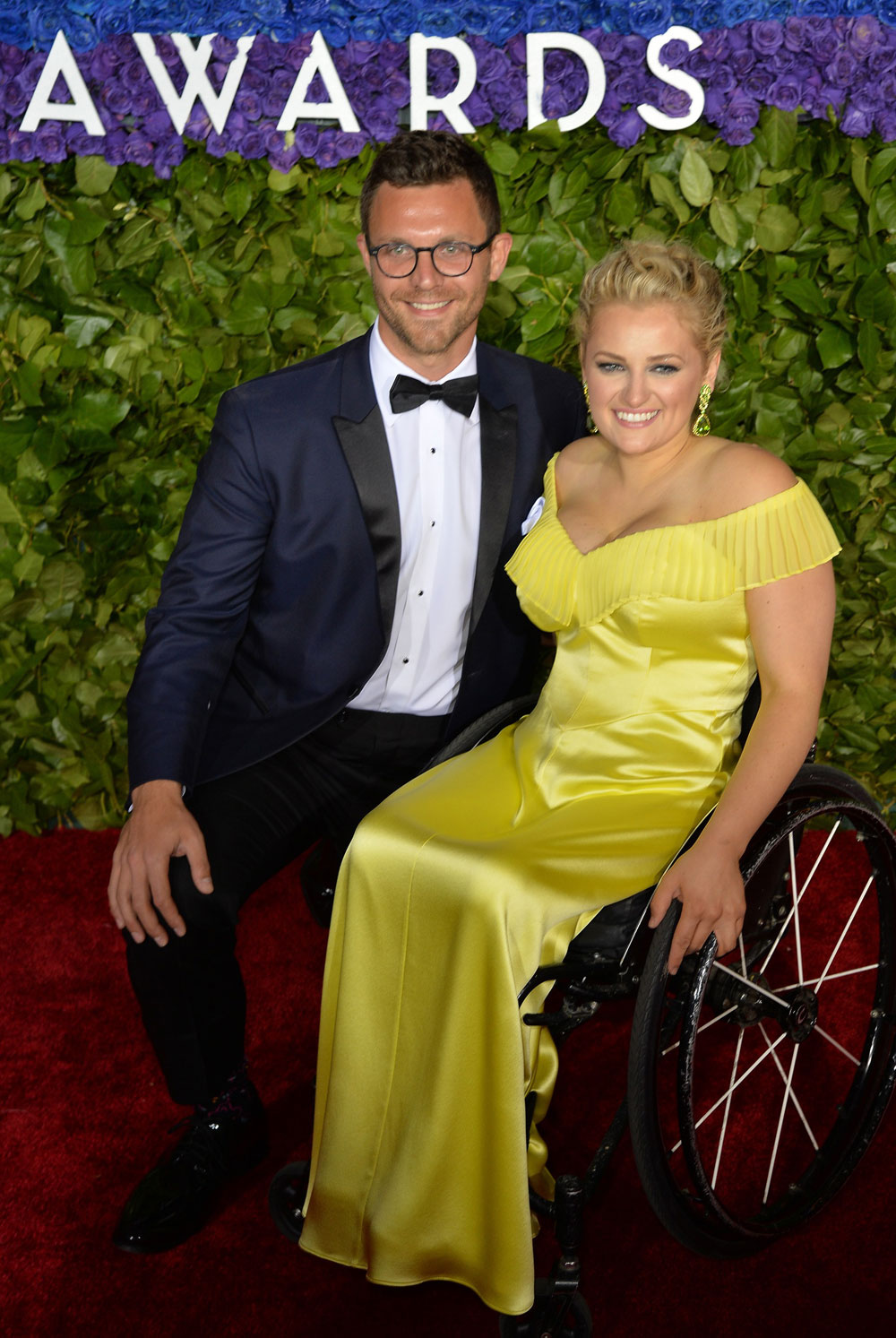 The 73rd Tony Awards aired Sunday night. Musical Hadestown garnered the most awards, 8, including a win for Rachel Chavkin, for Best Director of a Musical. One of the most-talked about winners is Ali Stroker, who became the first wheelchair user to win a Tony. She won the award for Best Featured Actress In A Musical for playing Ado Annie in the revival of Rodgers & Hammerstein’s Oklahoma! Ali had been sitting backstage while the nominees were announced, and then wheeled herself onstage, where she was greeted by applause and a standing ovation. Ali began her acceptance speech by thanking everyone and then continued:

This award is for every kid who is watching tonight who has a disability, who has a limitation or a challenge, who has been waiting to see themselves represented in this arena — you are.

In their write up of Ali’s win, The NY Times included a conversation they had with her last month. Ali talked about the importance of representation:

“I’m very aware that when I was a little girl I wasn’t seeing anybody like me, and on days when I’m exhausted or discouraged about something, that lights a fire… I hope that for young people in chairs who feel that this is too hard, that they see that being in a chair is like getting a secret key to an unknown door — that they see what I’m doing and are reassured that anything is possible.”

[From The New York Times]

I’m so happy for Ali, and yes, for all of the children (and adults!) who have disabilities who see themselves when they look at Ali, who might now think, “I can perform onstage, too.” As a disability scholar and advocate, I am so pleased at Ali’s win (yay!)

Some people in disability circles are discussing accessibility, which is something Ali mentioned post-win, though she doesn’t specifically mention the producers of the Tonys or Radio City Music Hall. She said “I would ask theater owners and producers to really look into how they can begin to make the backstage accessible so that performers with disabilities can get around.” She also spoke more about this issue a few days ago with the L.A. Times.

Ali was backstage because there was no ramp to the stage that would allow her to wheel herself up onto it should she win. The lack of a ramp also prevented her from joining her fellow cast and crew onstage when Oklahoma! won the Tony for Best Revival of a Musical. A friend who has connections to the theater in New York and I have been talking about this today, and the bottom line is that representation matters, and it goes hand-in-hand with accessibility, Many people don’t think about or choose to ignore accessibility because it requires intentional work. A ramp could have been constructed, but it was not. Modifications for accessibility in a space help all of the people in that space. Everyone can use a ramp, and if you’re walking around in stilettos, it’s probably a safer option than stairs. (Jennifer Lawrence’s trip-and-fall at the Oscars is one of my worst nightmares.) Workarounds such as the one made for Ali are nice, and, even more so, responsible, but they miss the point. She was still unable to have the experience of other winners—to go up onto the stage from the audience for her win, and for her show’s win. Constructing a temporary ramp would not have been a tall order. 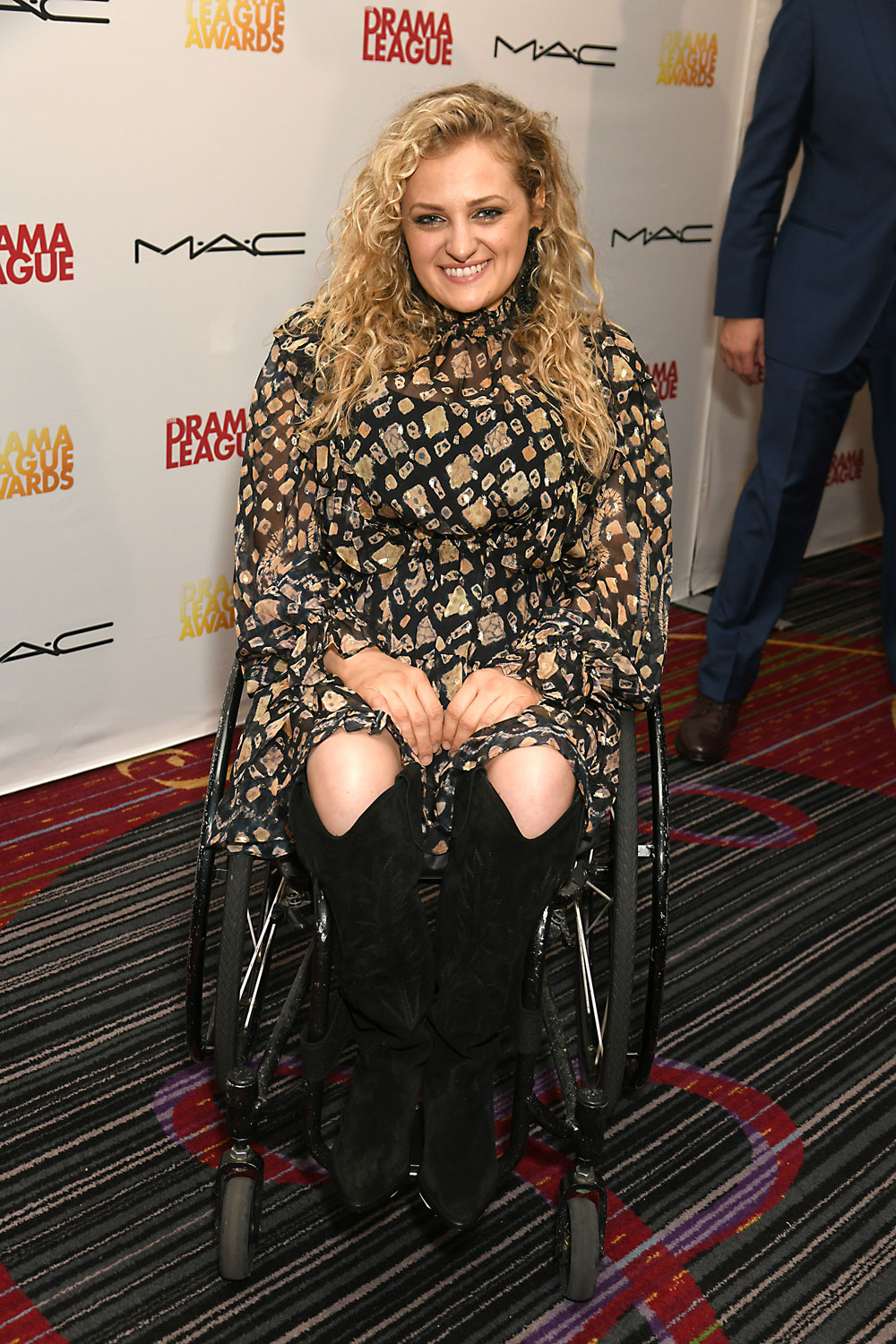 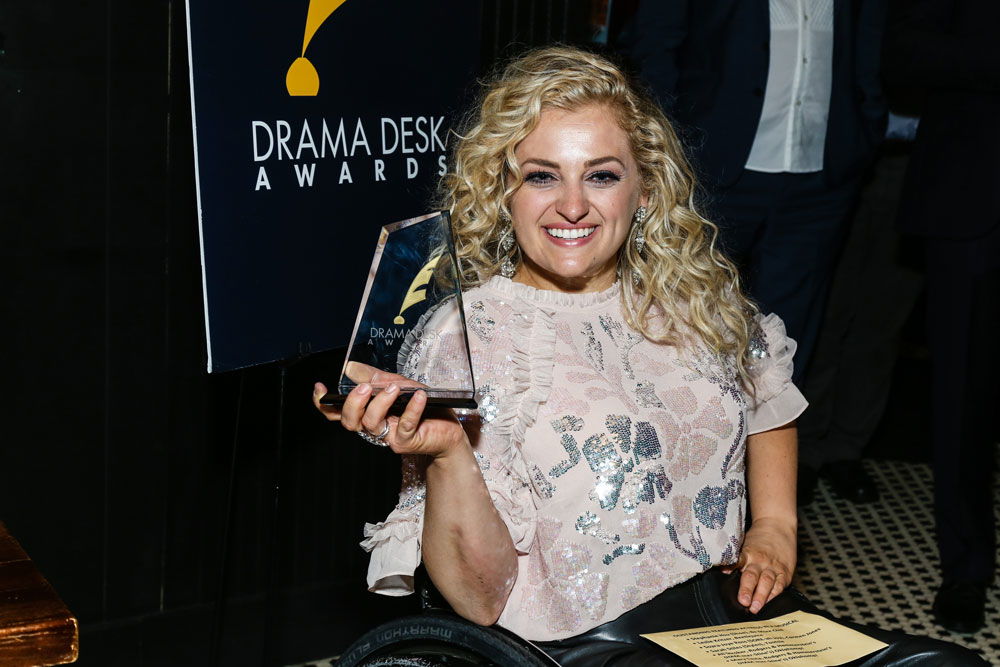