AJ Pritchard, 24, addressed his brother Curtis Pritchard’s behaviour in the Love Island 2019 hideaway on Twitter last night. The 23-year-old Islander and his villa love interest Amy Hart, 27, were nominated to spend the night together in the private bedroom by their fellow contestants on the ITV2 show. Unfortunately for the Strictly Come Dancing pro his younger sibling’s passionate display caught the attention of his BBC co-star Neil Jones, 37. The cheeky choreographer couldn’t resist taking the opportunity to tease the professional dancer about Curtis’ steamy antics on the social media platform.

He addressed AJ in view of his 57,000 followers, writing: “Don’t worry @Aj11Ace I don’t think anything was happening under the sheets they were just having a game of twister #loveisland.”

In response, a fan replied: “I actually wouldn’t be surprised if AJ ends up blocking you.”

However, Neil insisted: “@Aj11Ace loves me,” alongside a mischievous winking emoji.

AJ was quick to weigh in on the debate, giving his 104,000 followers an insight into his friendship and banter with Neil.

The star tweeted: “Well it’s a LOVE… hate relationship // Hilarious one… depends what you are typing today.”

AJ’s fans took to the comments section of his post to share their thoughts about the funny duo. 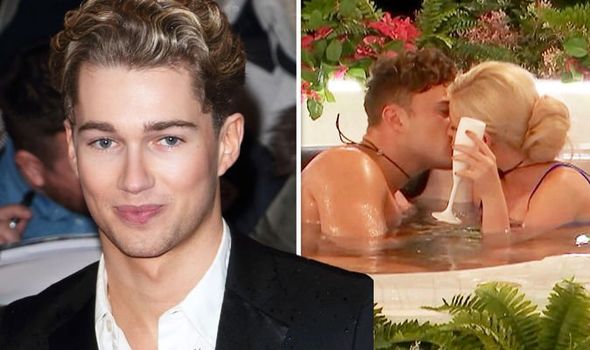 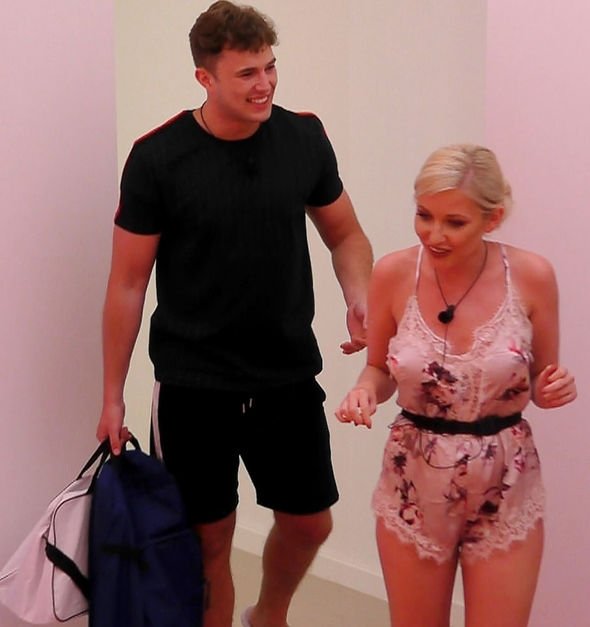 One wrote: “I feel like it’s a sibling relationship where they annoy you but you can’t help but love them.”

A third used a signature Love Island catchphrase in their response, writing: “What a bunch of bevvys.”(sic)

Elsewhere, AJ appeared to be slightly jealous of his brother’s stint on the reality show while filming a funny video alongside fellow Strictly stars Dianne Buswell, 30, and Joe Sugg, 27.

The BBC favourite practiced posing for a mock Love Island inspired photoshoot in the clip from Joe’s recent vlog. 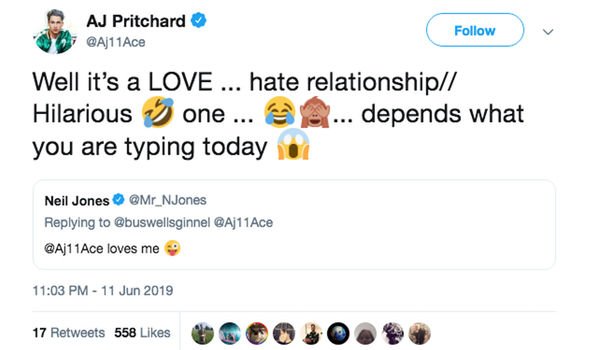 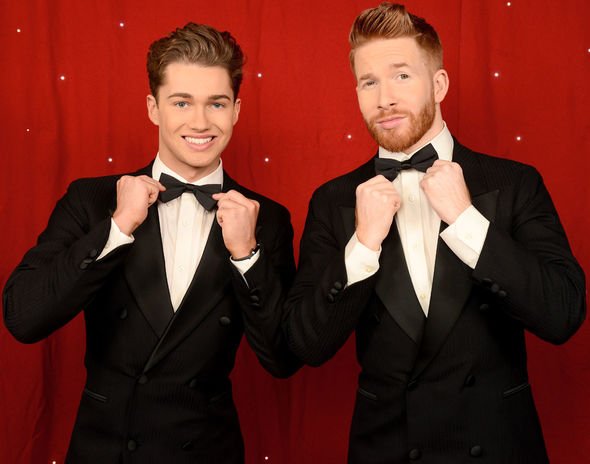 The YouTuber introduced the video by explaining: “AJ’s brother is on Love Island, so this is AJ’s version.”

AJ was then seen clutching onto two coconuts as he quipped in reference to his taller brother: “I’m the little coconut, he’s the big one.”

Getting wrapped up in the spirit of the programme, AJ made a love heart shape with his hands and posed up a storm for the camera.

Dianne and Joe then suggested AJ should follow in Curtis’ footsteps by appearing on the programme next year, adding: “Next year, next year’s Love Island.”