Strictly Come Dancing 2019 professional AJ Pritchard, 24, was a guest on Britain’s Got Talent’s spin-off show last night and took the opportunity to showcase his dance moves. The host, 42, challenged the dancer to get the show’s ratings “through the roof”, prompting him to say he was going to perform a “show dance”. AJ replied: “Well I have taken your feedback on board and I thought as a big finale we can do a show dance.” Puzzled by his response, Stephen asked AJ what a show dance is.

AJ explained: “It’s a no rules, showstopping dance where we can do whatever we want.”

The host then suggested the pair should perform a “Mulhern special,” to which AJ said that would be “career suicide” for him.

The dancer then challenged the host to a dance-off instead.

Stephen competitively agreed and the pair battled it out for scores out of 10.

After the dance challenge, members of the crew presented their scores in a Strictly Come Dancing style.

The four judges held up boards scoring AJ 36 points out of 40, while Stephen was awarded full marks. 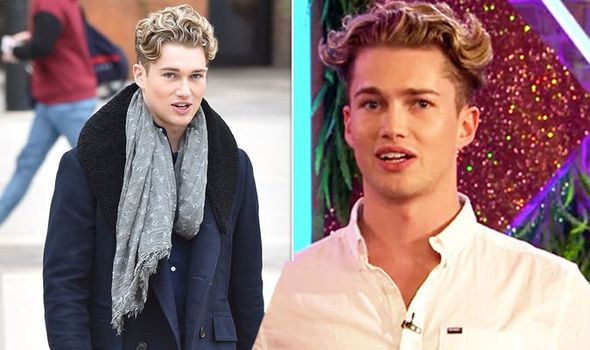 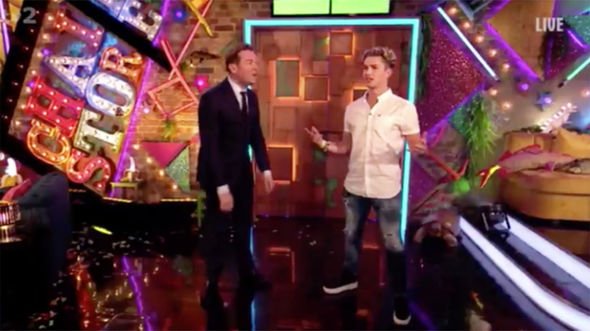 Unhappy with the scoring, AJ branded the show “a fix”.

Despite losing the dance battle, AJ won a round of musical chairs, beating the likes of Ant, Dec and Richard Blackwood earlier that night.

He later gave his 359,000 Instagram fans a behind-the-scenes insight into the studio.

The dancer shared a snap of a banana-shaped lamp commenting: “Where and how do I get one of these? BGMT.”

AJ also shared a snap of him smiling while sat on a sofa. 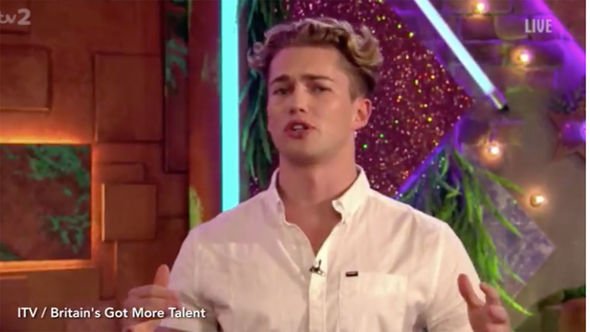 Many of dancer’s followers flocked to his page to comment.

One user wrote: “You were brilliant tonight. Delighted you won the musical chairs such fun.”

A second commented: “I will be watching.”

Elsewhere last night, AJ expressed his excitement for his brother Curtis to appear on Love Island.

The star’s sibling will enter the villa in a bid to find love next week.

Britain’s Got Talent continues tonight at 7.30pm on ITV.