Home » Celebrities » A Place In The Sun presenter Jasmine Harman left grimacing on set ‘I’m not used to this!’ A Place In The Sun presenter Jasmine Harman found herself far from the sunnier climes of mainland Europe in West Wales today. The Channel 4 regular is normally seen showing prospective buyers around properties in much warmer locations, however that was not the case for her latest shoot. The 43-year-old uploaded a shot from Newgate Beach as she updated her 22,000 Instagram followers on her movements. However, her attention was firmly on the weather, which sparked a number of hilarious responses from fans.

What is going in here? I’m not used to this on A Place In The Sun

Jasmine was seen grimacing down the camera in her amusing selfie, which quickly caused a stir.

Wearing her damp tresses down and straight, the mother-of-two was seen in a bright yellow top and scarf.

Wrinkling her nose, she looked unimpressed after polishing off her attire with dangly earrings and a delicate necklace.

“Wait!” the star captioned it. “What is going in here? I’m not used to this!”

She went on to share a glimpse of her grey, wet view, showing a deserted beach with a number of homes nearby. 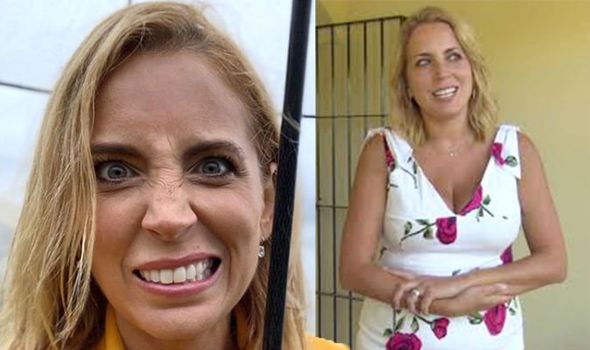 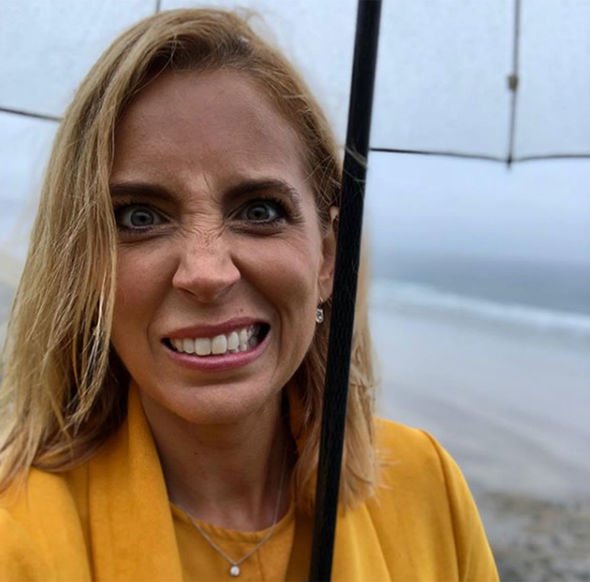 Jasmine got a number of unsympathetic replies, with one user stating: “You have an umbrella, so what?”

Two others said: “No sand castle building,” and: “Hahaha, I love this. Proper had me actually LOL.”(sic)

However, a number of fans complimented her, writing: “As far as I am concerned, you are the sunshine x.”

And: “But you’re still stunning,” while someone else urged: “Get on a plane Jasmine!” 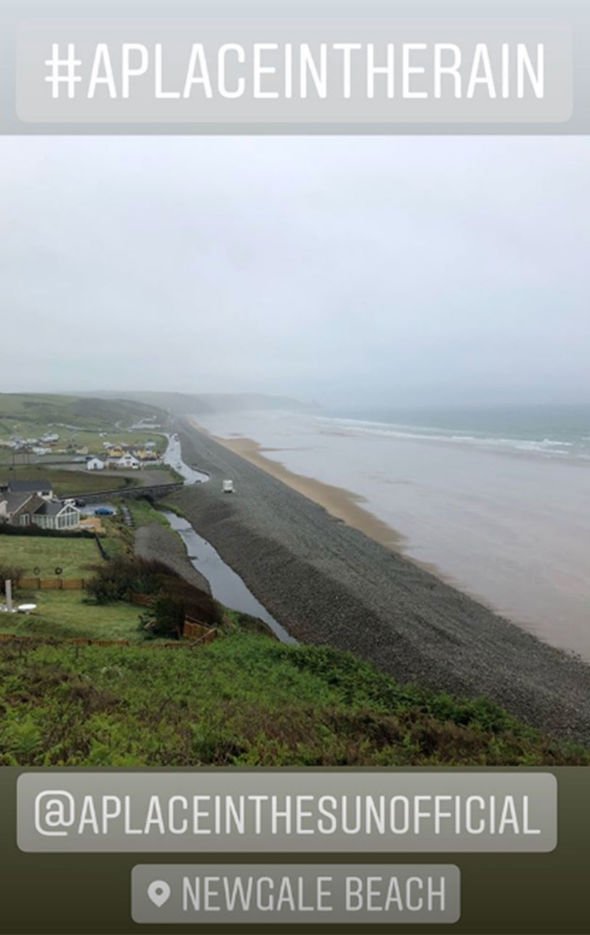 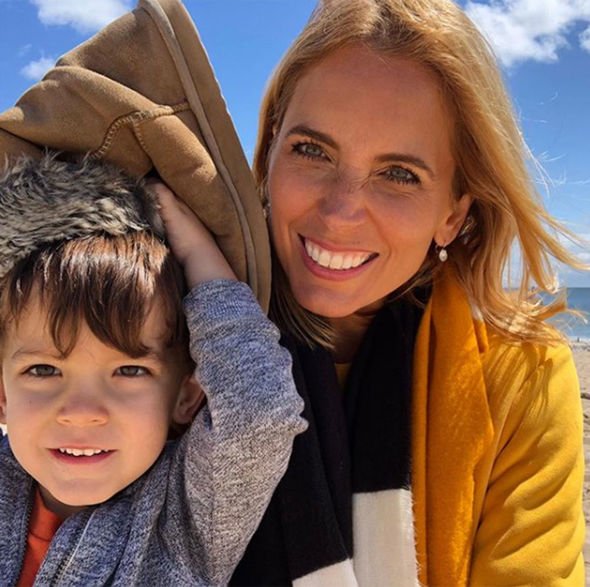 Just hours before, Jasmine had shared a much brighter photo, as she posed with her adorable son.

Wearing the same bold jacket, this time she wrapped up in a monochrome scarf while her little one was in a grey hoodie.

He playfully held a shoe above his head as his mum laughed along in the fun offering.

She added: “When it’s half term and the family come to meet you for lunch on the beach! #schoolholidays #halfterm #workingmum #boothat @pawj.california #myboy #motherson.”

A Place In The Sun airs weekdays at 4pm on Channel 4.