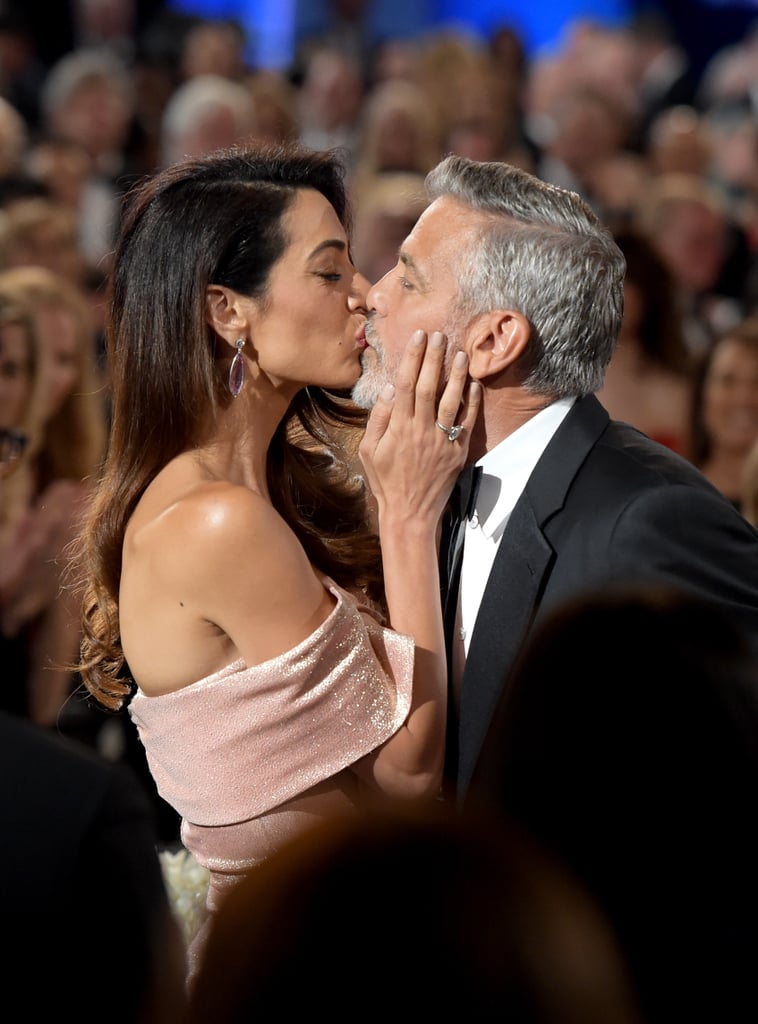 George Clooney said goodbye to the single life when he went public with his romance with his wife Amal during an African safari in March 2014. After being introduced by a mutual friend in 2013, the two spent several months communicating online before going on a date in London. They had a whirlwind courtship before they made things official when they tied the knot in Venice, Italy in September 2014 after a weekend full of festivities.

In their years together, they’ve shared plenty of sweet moments at events, on red carpets, and while fighting for causes they believe in — for example, they established the Clooney Foundation For Justice in 2016, which fights for human rights-related causes. In June 2017, the couple welcomed twins, Ella and Alexander, and they’ve been open about their parenting journeys. They’ve also been open about their love for each other. “[I thought] I’m gonna work, I’ve got great friends, my life is full, I’m doing well. And I didn’t know how un-full it was until I met Amal,” George told GQ in 2020. “And then everything changed. And I was like, ‘Oh, actually, this has been a huge empty space.’ . . . I’d never been in the position where someone else’s life was infinitely more important to me than my own.”

Ahead, check out some of the couple’s sweetest photos together.