There should be a support club for people overwhelmed by the amount of content available on Netflix. The streamer has something for virtually everyone, but you have to be able to narrow down what you’re interested in — and you have to know where to look. For example, you may not know there are a ton of Spanish-language shows on Netflix that you can watch right now. Some are popular hits, while others may not be on your radar (yet); either way, they’re worth a spot on your radar. Oh, and if you don’t speak the language, there’s always the subtitles option.

Just like with English-language shows, there are Spanish-language options in every genre on Netflix. If you’re a fan of drama, Narcos might be up your alley. If you prefer something lighthearted, check out Go! Live Your Way, which documents a teen’s life at a performing arts school. If want to watch a classic telenovela, you can check out Silvana Sin Lana, which is about a woman who loses everything when her fugitive husband flees the country. Basically, whatever you’re into, Netflix probably has a Spanish-language show for you.

Here’s a list of 20 Spanish-language shows on Netflix to get you started: Monarca is about a Mexican family’s tequila empire that is riddled with scandal. In the series, daughter Ana María returns home to Mexico to try to take control of her family’s empire and fight the corruption her family helped create. If you like drama, this one is for you.

Vis a Vis is centered on Macarena, a woman who falls in love with her boss and commits crimes because of him. The series follows her serving a prison sentence, as well as the other inmates she’s with. You know this one is good, because it became an international hit on Netflix.

Go! Live Your Way is a lighthearted musical and romance series that follows teenager Mía Cáceres after she wins a dance scholarship at a prestigious performing arts school. When she arrives, she clashes with the owner’s popular daughter, and must rely on her new friends to navigate her life at the school. If you like mystery, High Seas could be for you. Two sisters traveling on a luxury ship traveling from Spain to Brazil in the 1940s try to uncover the reasons for the mysterious deaths on board, and learn some dark family secrets along the way.

Elite follows three working-class Spanish teens who receive scholarships to a fancy private school after their original school collapses under suspicious circumstances. This show depicts an upper-class world of wealth and glamour, but throws fans for a twist when someone from the school is murdered in cold blood. Think Gossip Girl mixed with a murder mystery, and you have Elite.

If the creators of You and 365 Days had a baby, it would be Oscuro Deseo. The 18-episode Season 1 of the show follows Alma Solares (Maite Perroni) and Dario Guerra’s (Alejandro Speitzer) secret affair and all the drama that comes with it. There’s murder, a fire, and family trouble, so you know this one will have you hooked. 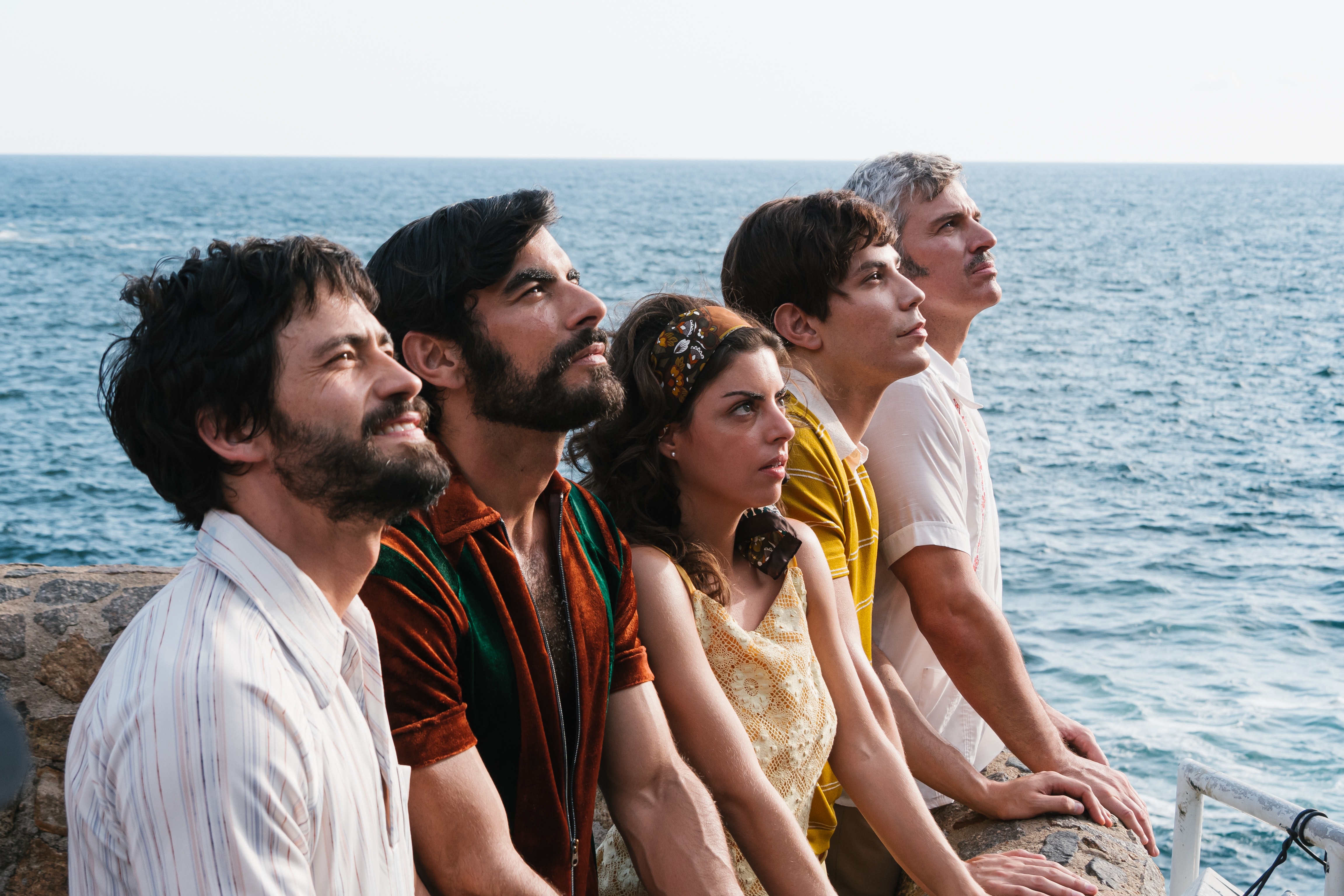 La Casa De Las Flores is a Mexican dark comedy series that chronicles an upper-class family who owns both a flower shop and a cabaret, both called ‘La Casa De La Flores.’ Throughout the series, the matriarch of the family works to keep up her perfect facade after her husband has an affair with a woman who exposes their family secrets. The show switches between English and Spanish, so this one is a twofer.

Set in the 1920s, Las Chicas Del Cable follows four women who work at a telecommunications company in Madrid. The show depicts the hardships working women faced in the male-dominated society of early 1900s Spain. If you want something that’s both emotional and romantic, this show is for you. 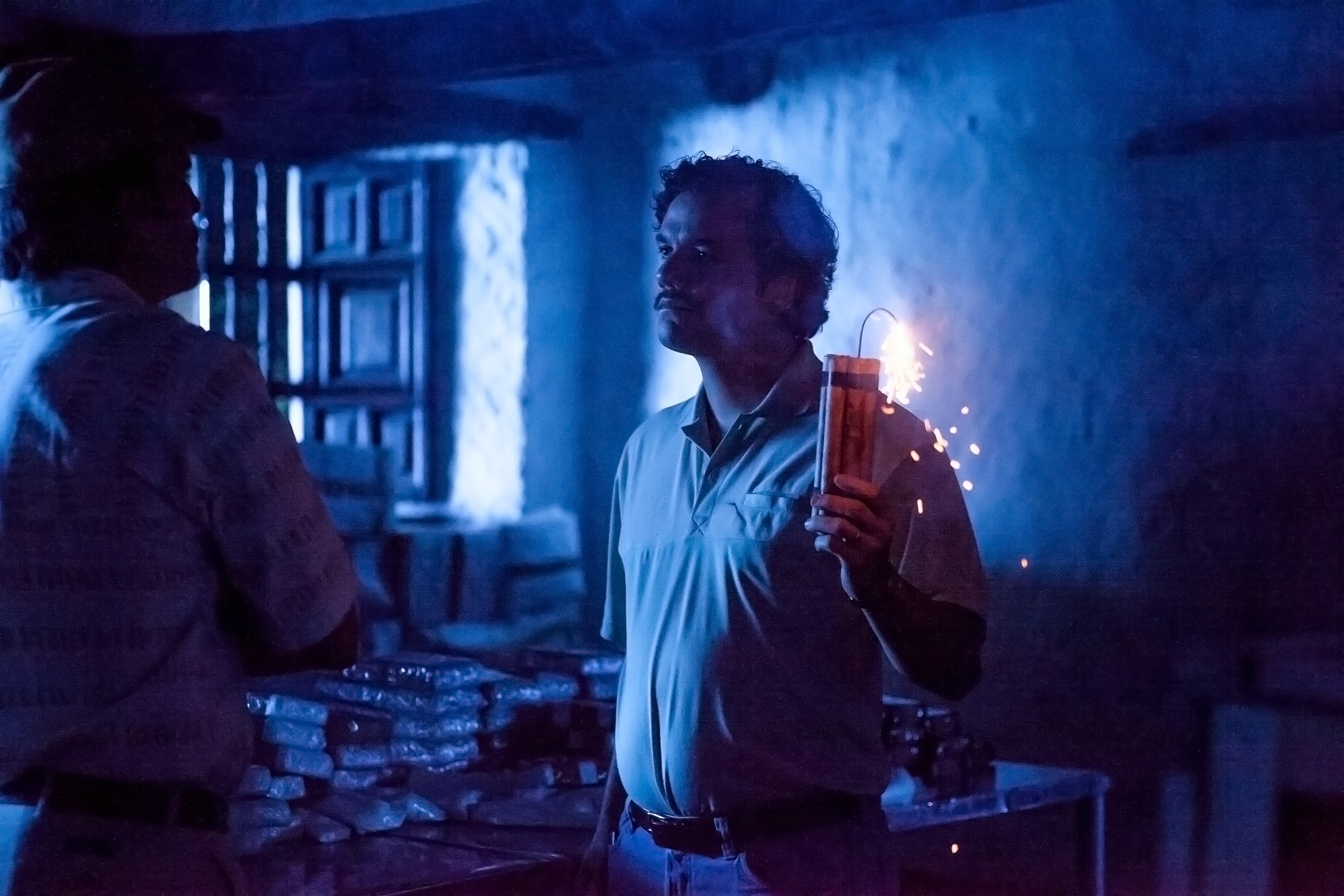 Okay, Narcos might be a bit intense for some, but it’s extraordinarily popular. The series is based on the story of drug kingpin Pablo Escobar and documents the gritty and often violent details of his life. After three seasons, a spinoff titled Narcos: Mexico was created, which could be another addition to your watch-list if you appreciate all of the chaos and danger in the original series.

If you like The Real Housewives, you’ll enjoy Made in Mexico. The reality show chronicles Mexico City’s elite socialites, highlighting their luxurious homes and famous families. Of course, everything is not always as it seems, and behind the guise of their opulent lifestyles lie drama, envy, and some personal struggles.

Set in Spain in 1906, Gran Hotel tells the story of Julio Olmedo, who comes to the luxurious Gran Hotel to visit his sister, a maid at the destination. When he arrives, he’s told she quit her job weeks earlier, but Julio believes something more sinister happened to her. He takes a job as a waiter in disguise to help uncover the truth, and finds an unlikely ally in the hotel owner’s daughter along the way. 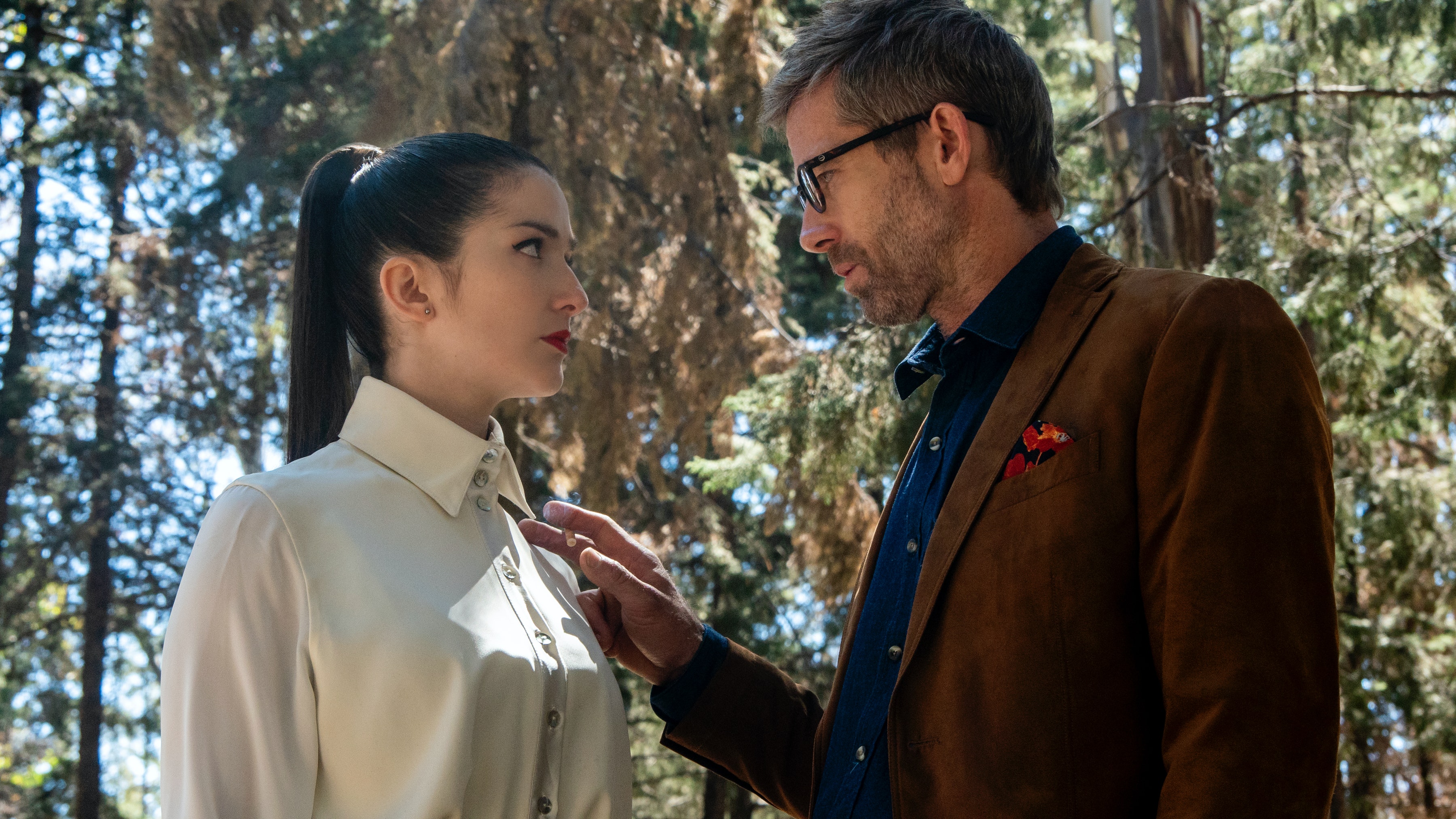 Ingobernable follows the fictional first lady of Mexico, Emilia Urquiza, a woman of high morals who fights for peace in her country. However, after she discovers her husband has different plans for the country, she must fight to uncover the dark truths about her significant other and find a way to deal with this new challenge. If House of Cards is your thing, you’ll probably like Ingobernable too.

Valeria is about a woman named, you guessed it, Valeria. She’s an aspiring writer in the middle of her first novel when she faces a plethora of personal crises and must rely on her three friends for help. There’s a love-triangle situation when Valeria is torn between her less-supportive husband and her new friend Victor, who believes in her writing dreams. There’s a little bit of drama, romance, and comedy in this show, so it really does have it all.

Velvet, set in the 1950s, documents a romance between an heir to a fashion house and a beautiful seamstress who works for the company. Even though his family doesn’t approve, they try to navigate their relationship and succeed as a couple.

Silvana Sin Lana is a telenovela about a once-wealthy woman who is forced to move to a middle-class neighborhood with her daughter and mother after her husband flees the country. 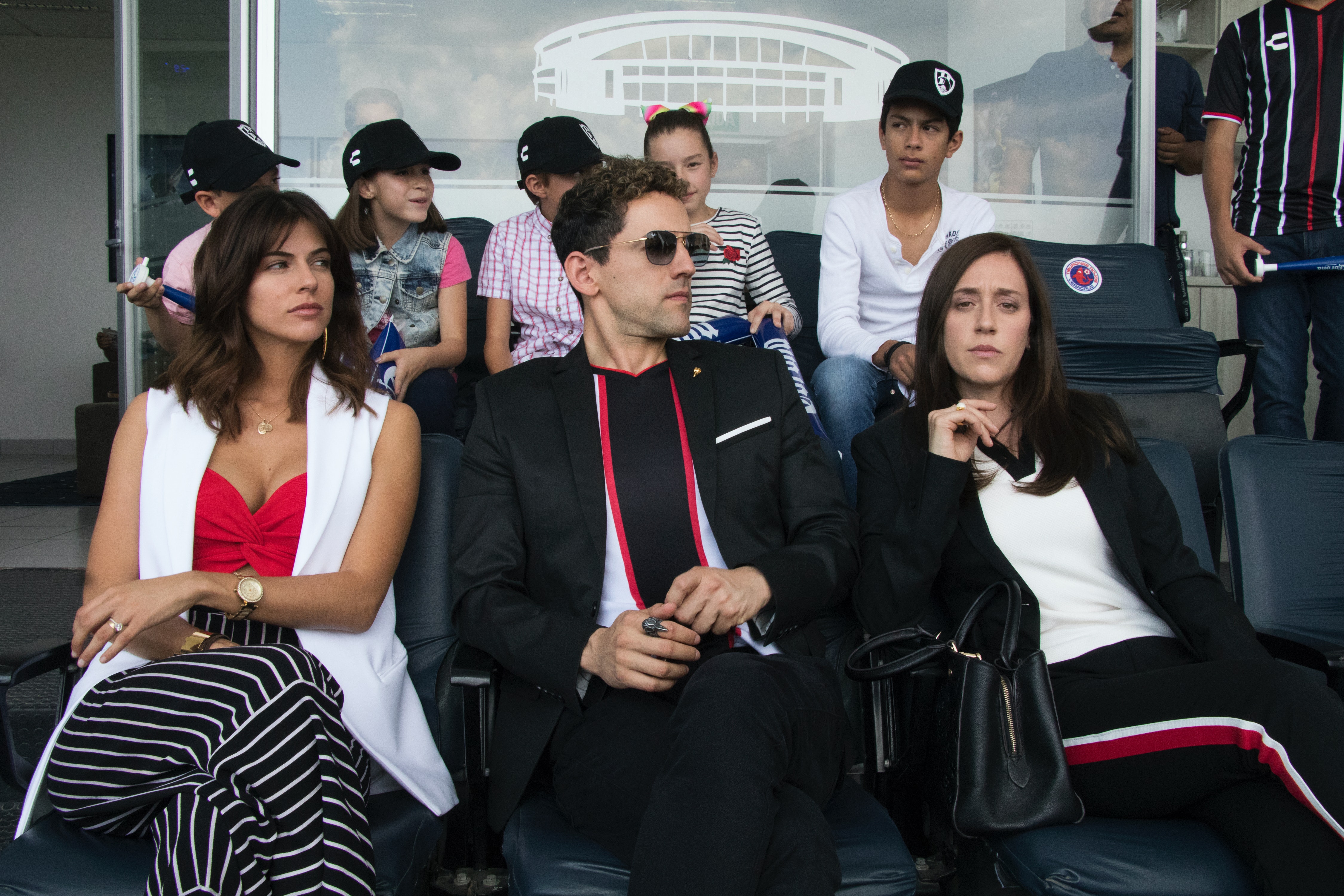 While Club de Cuervos is all about a soccer team, you don’t need to be into sports to enjoy this one. The comedy-drama series focuses on the Cuervos FC, a football (aka soccer) team that has to go through a series of changes when its owner dies. His son, Chava, is chosen to be the new president, even though his daughter Isabel is likely the better choice. When Chava proves to been a poor decision-maker, the siblings fight over who will lead the team.

All for Love is a telenovela that follows a poor farmer from the Colombian countryside named Joaquín (Carlos Torres). Joaquín goes to Bogotá to find his missing sister, and along the way he falls for an aspiring singer and gets accidentally tangled up in organized crime.

Set in the 1920s, Morocco: Love in Times of War revolves around a group of nurses from Madrid who are sent to Morocco to open a hospital during the Rif War in North Africa. The women find friendship and romance, all while trying to save lives. 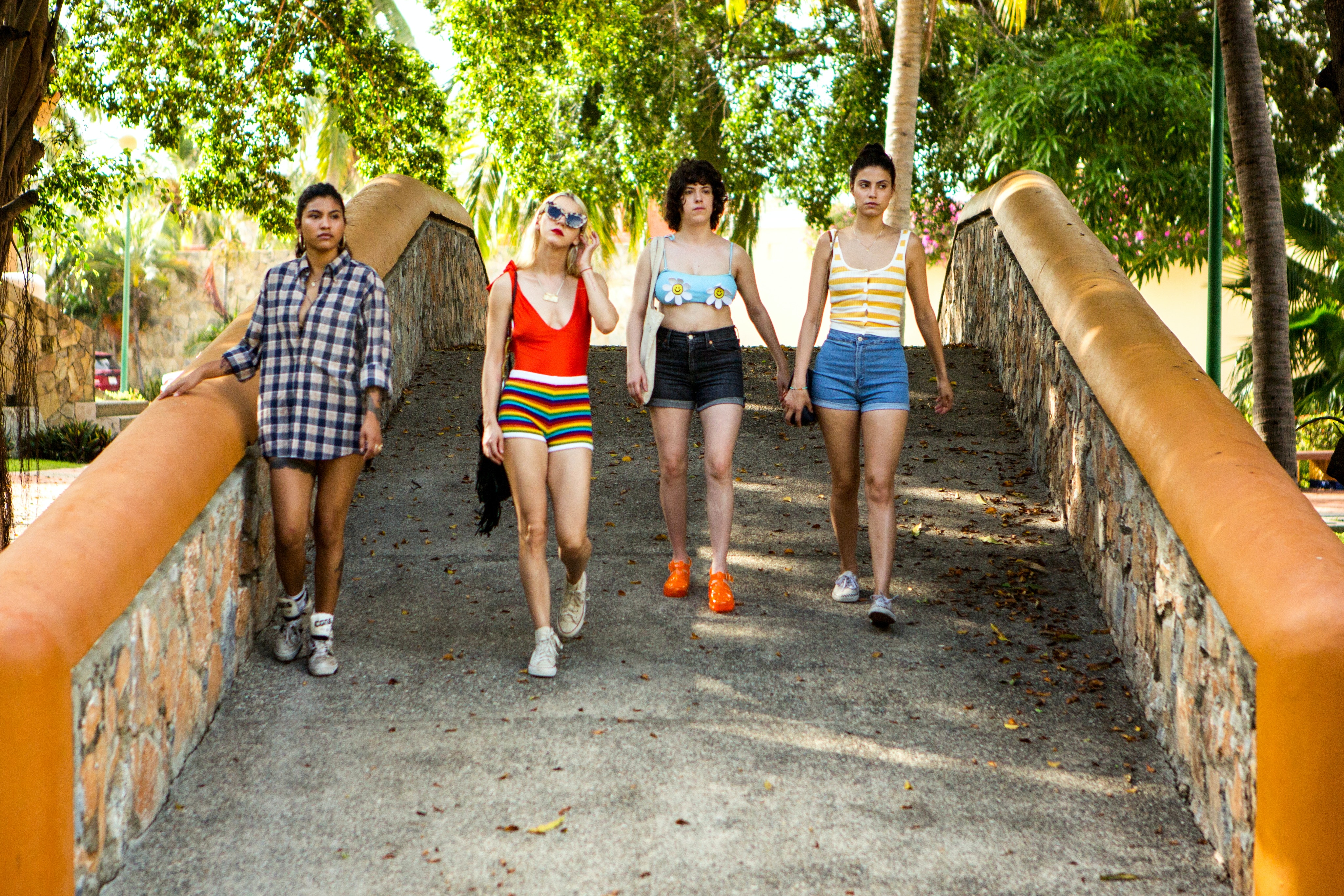 Desenfrenadas is a Mexican comedy about three women who go on a road trip together to find themselves. Along the way, they meet a stranger who joins their trip and forces them to have an abrupt change of plans.

OK, so Jane the Virgin is mostly in English, but it’s worth mentioning on this list because plenty of characters go back and forth between English and Spanish in the series — especially Jane’s abuela, Alba, who almost exclusively speaks Spanish throughout. The series centers on Jane Villanueva (Gina Rodriguez), a 23-year-old virgin who becomes pregnant after her gynecologist accidentally artificially inseminates her. It parodies classic Latin telenovelas and is a fun watch that will sometimes get you in your feels.

Guy Verhofstadt turns on the EU as he rages at bloc’s inaction – ‘Get a grip Europe!’