Home » Beauty » What Kris Jenner Looks Like Underneath All That Makeup 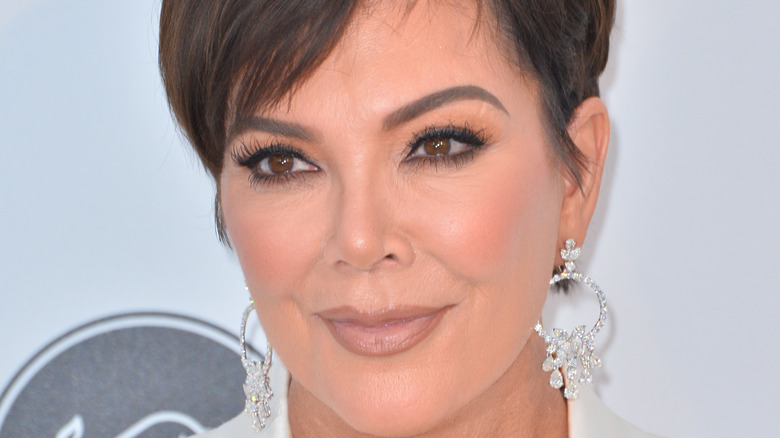 When you think of Kris Jenner, you think of beauty and glamour — not just for herself but as the mother of five beautiful and glamorous daughters (Kourtney, Kim, Khloé, Kendall, and Kylie) who have dominated the front pages since 2006 when their reality show series “Keeping Up The Kardashians” first began. With her impeccable makeup and perfectly coiffed signature short, black locks, Jenner never looked like the matriarch during the show’s 20 seasons.

Jenner has been living a glamorous Southern California lifestyle most of her life. She was born Kristen Mary Houghton on November 5, 1955, in San Diego, CA and although she moved throughout the state when she was younger, by 1978 she settled into L.A. life as the wife of high-powered attorney Robert Kardashian and gave birth to three daughters and one son, Rob (Biography). Her second marriage to Caitlyn Jenner produced a set two daughters, Kylie and Kendall Jenner, and her reality show heightened her Hollywood life glam. But sometimes Kris takes off all that makeup and reveals her true self. 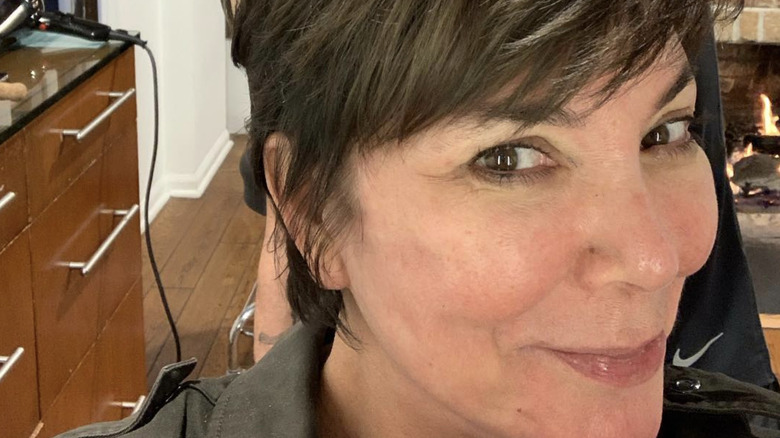 With or without makeup, Kris Jenner has impeccable skin that would be the envy of any woman. She’s even planning her very own skincare line and applied for a trademark, according to PEOPLE. “I think really good skin starts when you’re young,” Kris told Refinery29 in 2019. “When I was really young, I realized the value of a super-creamy moisturizer and getting facials from time to time to really help take care of my skin.”

The momager also credits her daughters for teaching her new skincare techniques. “My kids are pretty specific about the way you apply certain products,” she said. “Like, you rub everything upward and across the face and the neck … giving yourself your own mini face massage is amazing.”

The mom of five superstar women also said she’s learned a few lessons about keeping skin looking great that she never knew when younger. “When I was growing up, we just put baby oil and iodine all over and sat there with a reflector on the beach and it was as much sun as we could get,” Kris told Refinery29. “We didn’t know any better. Now, this generation really takes care of themselves in a way that we just weren’t educated to back in the day. Just the other day, all the kids were in the pool, and they were slathering on sunscreen and I thought, ‘Okay, good point, better get something for my face.'”