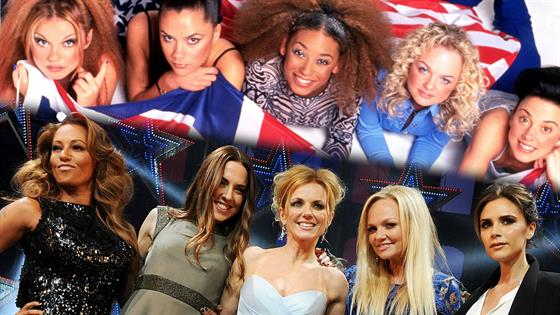 “Baby Spice,” she wrote in a pretty script font over the photo where the stylish 8-year-old can be seen rocking Emma’s signature space buns.

Victoria has been treating Spice Girls fans to several throwbacks in recent months. Earlier this week, she announced that a new Victoria Beckham Collection line is coming via Instagram. Standing at the bottom of a swanky staircase in a monochrome look, the fashion designer gave a nod to the ‘90s girl band’s signature peace sign in her announcement post.

And, in November, she and son Romeo Beckham teamed up for a mother-son dance to the Spice Girls’ hit song “Spice Up Your Life.”

Taking place in their kitchen, the 17-year-old followed his mom’s lead as she walked him through the choreography and he did his best to slam it to the left and shake it to the right. Victoria, of course, didn’t miss a beat.

During her visit to The Ellen DeGeneres Show, the Victoria Beckham Beauty founder revealed that the impromptu dance was actually part of the young model’s ploy to get more followers on TikTok. 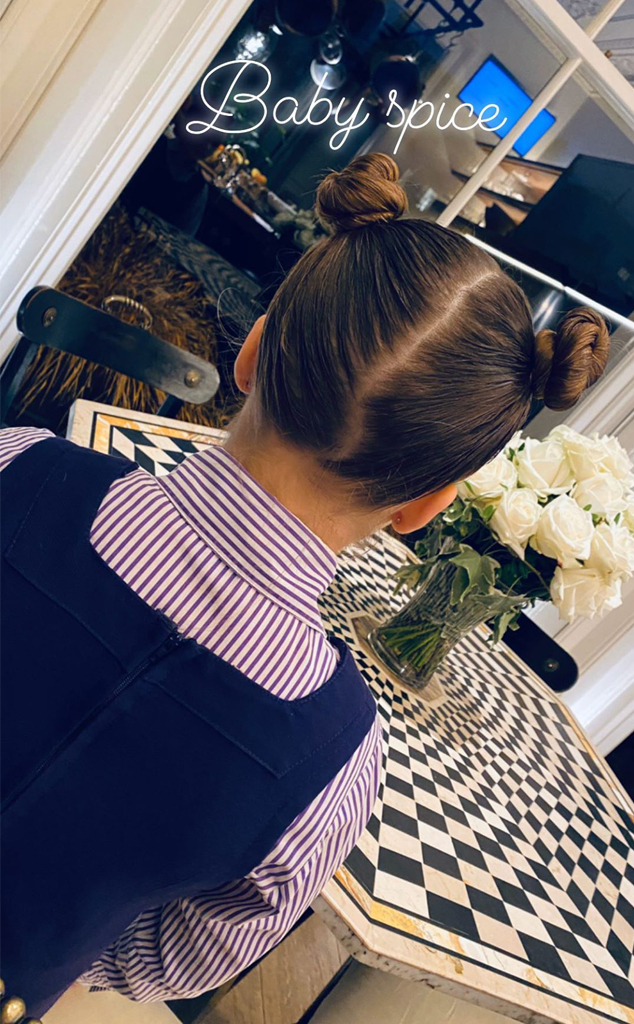 “He came home other day and he said, ‘You know, Mum, I’ve just joined TikTok. Will you do a dance with me?'” she told host Ellen DeGeneres. “And I was like, ‘Yeah, what should we dance to?’ And he said, ‘The Spice Girls.’ And then he took my phone, he posted it on my Instagram and he said, ‘That’ll get my numbers up.’ He used me!”

Of course, the daytime host couldn’t bring up the Spice Girls without asking the mom of four if she’d considered reuniting with Emma, Melanie Chisholm, Geri Halliwell and Melanie Brownfor their 2019 U.K. Concert Tour.

“Do you know, I had so much fun and I’m still close with the girls,” Victoria explained. “And I was so proud of them with everything that they did. It was a huge success. Um, but, you know, for me, I loved it when I did it, but I feel like a very different person now.”

She continued, “I’ve got four children and, you know, I’m really busy doing what I’m doing. And, it just didn’t feel like the right thing to do, although I was supporting them enormously. I mean, so proud of them. And I’ll always be a Spice Girl. I’ll always be Posh Spice. Always.”

SEBASTIAN SHAKESPEARE: Prince of Wales’s pals strike a blow for Big Ben’s birthplace Bong! After the turmoil of Megxit, here

VANCOUBER, B.C. – Gage Goncalves scored twice to lift the Everett Silvertips to a 2-1 win over the Vancouver Giants

Hunter Biden ‘holed up’ in his $2.5M Los Angeles pad ‘prepping’ in case of impeachment call – The Sun

Coronavirus chaos as 300,000 people travelled out of Wuhan on trains in just one day before lockdown – The Sun

The ‘Righteous Gemstones’ star admits it was ‘pretty stunning’ to receive a phone call from the ‘Follow God’ rapper, who

01/23/2020
Recent Posts
We and our partners use cookies on this site to improve our service, perform analytics, personalize advertising, measure advertising performance, and remember website preferences.Ok