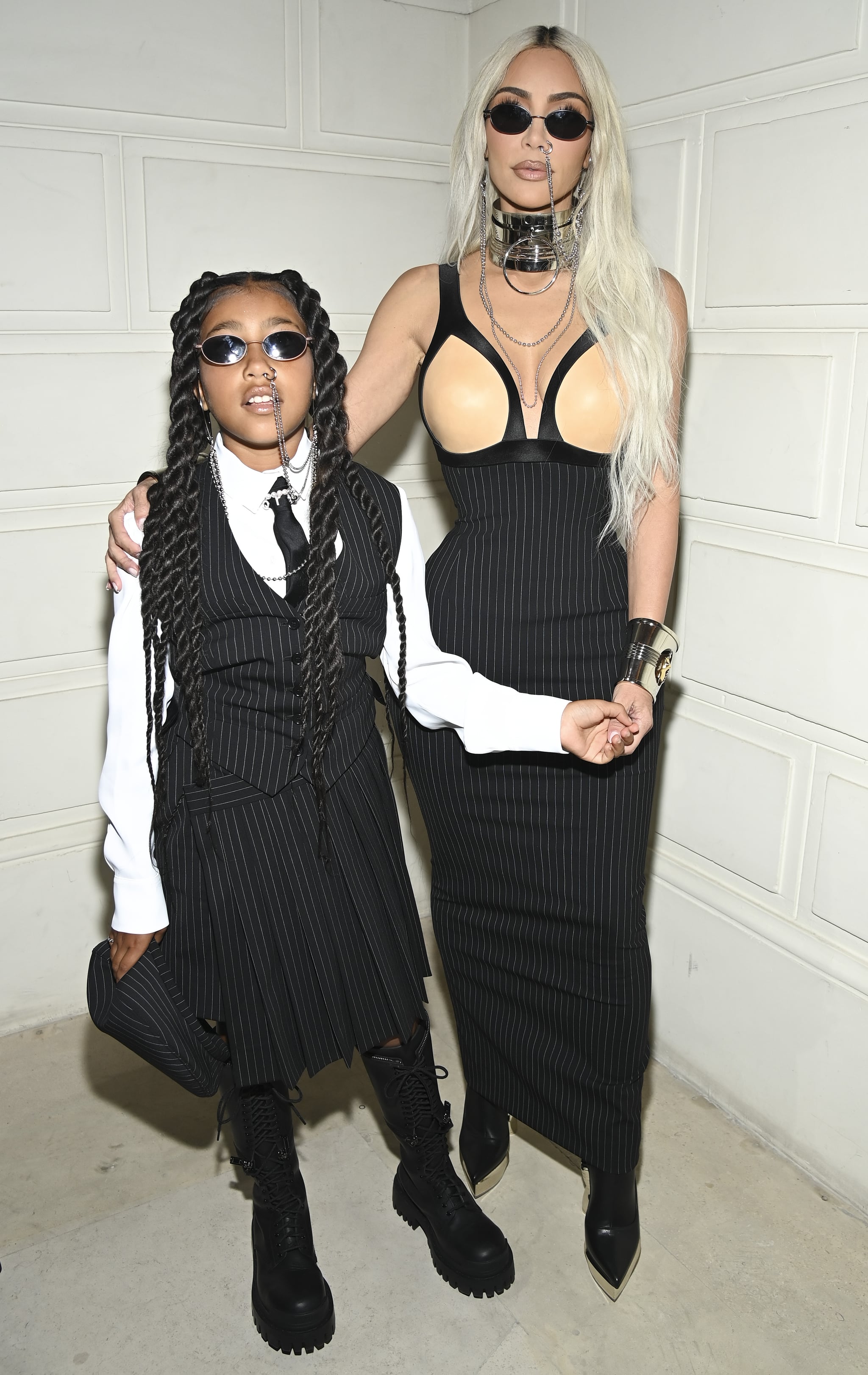 Most people wouldn’t have the guts to trick someone like Kim Kardashian. But then again, North West isn’t most people. The 9-year-old fashion icon and daughter of the Skkn mogul recently took up pranking, pretending to shave Kardashian’s eyebrows in a hilariously candid TikTok. The short clip, posted on Dec. 18 to Kardashian and West’s joint TikTok account, begins with a giddy West walking down the hallway with a bright pink facial razor in hand. As she travels to where her mom is sleeping, the words “so funny, the fake eyebrows filter” flash across the screen, and West’s mischievous laughter makes its way through a voice filter, emphasizing her budding excitement.

Finally, a sleeping Kardashian enters the frame, and West gently runs the razor over the tops of her mom’s eyebrows, although in actuality, she doesn’t apply enough pressure to change anything about them. West then applies the “thin eyebrows” filter to the video, making it look as though she really did shave off a majority of Kardashian’s brows.

With the name of the filter hidden in the bottom corner of the screen, West shakes her mom and urges her to wake up and see her new look. Kardashian bats her eyes open and looks at her reflection, catching a glimpse of her filtered eyebrows and giving West exactly the kind of reaction she seems to be craving. “North, this is not funny,” Kardashian says angrily before the video cuts to black. Still, West doesn’t seem too fazed, laughing all the while and captioning the final TikTok, “The fake eyebrows filter that’s so funny ha ha.” Watch West’s antics below for yourself.