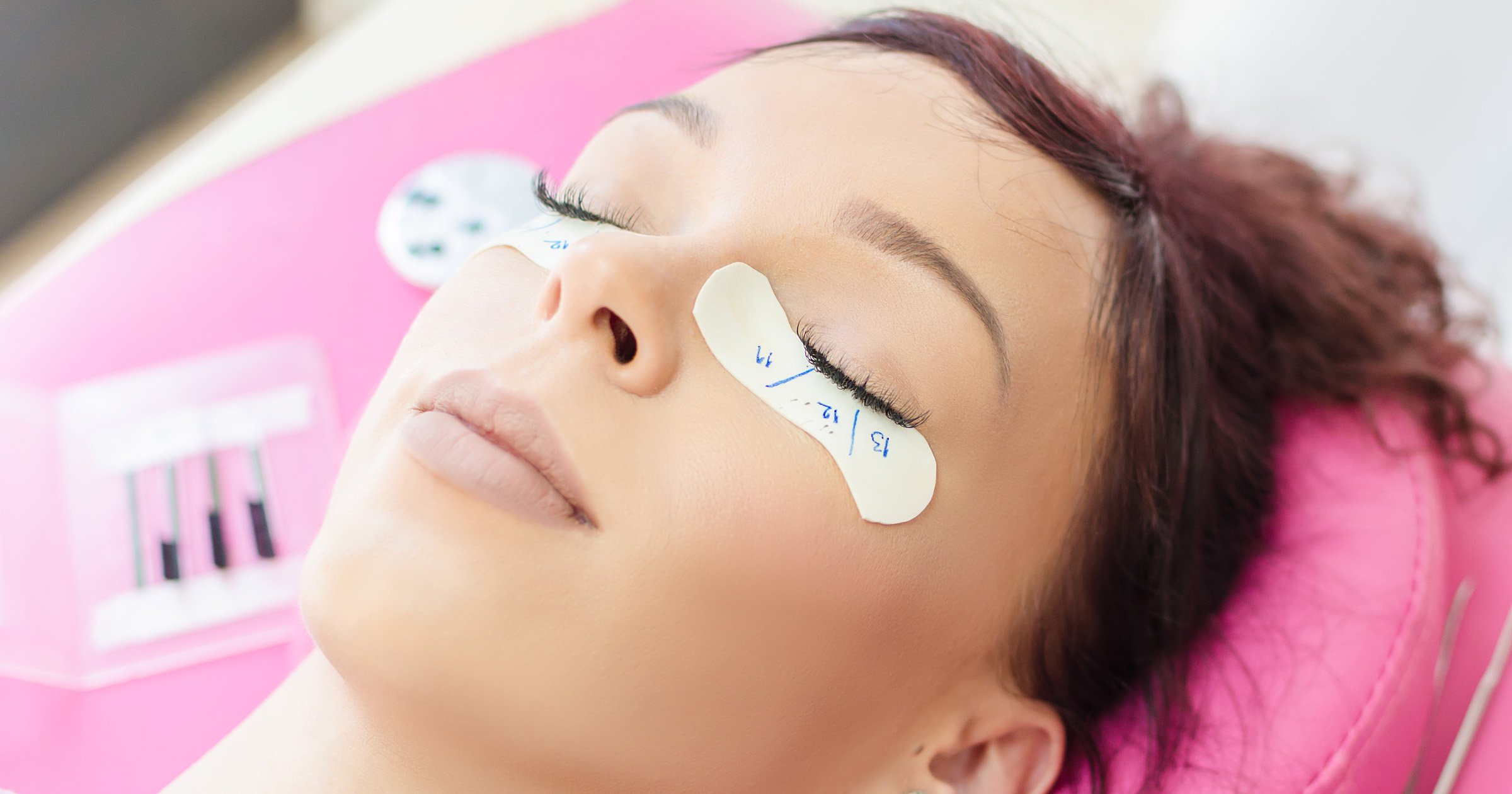 It would be a bit of an understatement to say lash extensions are having a moment right now.

The eyelash extension market was valued at $1.36 billion in 2020 and is projected to reach $2.31 billion by 2028. And according to a recent poll, eyelash extensions are one of the top beauty treatments requested by consumers – for example, there was a 795% increase on searches for Russian Lashes in 2019.

For the most part, lash extensions are popular for all the right reasons. When installed by a qualified and careful technician, they can be a great way to shape the eyes and keep lashes looking full and thick without the use of makeup for an extended time.

But there’s a darker side to this beauty treatment that can result in serious health concerns.

Top cosmetic eye surgeon Dr Elizabeth Hawkes has urged people to educate themselves on the safety of eyelash extensions before considering the beauty technique –  after TikTok user @LilDanie.1 – real name Danie – posted a video revealing she nearly lost her sight after her eyelash extensions became infected.

In the viral post, Danie reveals that two-weeks after her lash extensions, she developed a small bump on her eye, which got worse. A doctor drained the bump twice, but she was later referred to a surgery clinic, where she was told they needed to operate immediately as she was close to losing her vision.

She said ‘Danie’s TikTok video is extreme but there are definitely hygiene issues with having eyelash extensions and the risk of infections is increased.

‘Our eyelashes aren’t just there for aesthetic purposes, they do a vital job protecting our eyes, helping to deflect anything that is coming towards the eye that could harm it.

Dr Elizabeth said that it’s crucial to keep eyelash extensions healthily, and to wear false eyelashes sensibly. ‘The trend for wearing false eyelashes has increased dramatically in recent years, whereby a lot of people think it’s OK to wear them every day,’ she said. ‘I would definitely warn against this and suggest saving false eyelashes for special occasions, rather than everyday use. Prolonged wear can damage the eyes and cause infections.’

In light of Danie’s post, and many others on TikTok showing similar risks, Dr Elizabeth wants to educate people about the safety of eyelash extensions.

In particular, it’s important to be cautious of a condition called blepharitis, which causes swollen, itchy eyelids and can be a result of poorly applied or badly cared for eyelash extensions.

‘It starts with a build up of debris and bacteria around the base of the lashes,’ she said. ‘The eyelids are unique and in between our eye lashes, we have tiny glands called meibomian, which are the tiny oil glands which line the margin of the eyelids.’

Over time, these can get clogged up and lead to lash loss.

This lack of care can also cause a sty. These occur when the eyelid gland becomes clogged. ‘With eyelash extensions, people are often very cautious about cleaning them as they don’t want to ruin the false eyelashes so blepharitis is seen more frequently,’ Dr Elizabeth added. Usually a sty does not cause much trouble but it can lead to swelling and infections.

A stay can also lead to a condition called preseptal cellulitis, which causes swelling and redness around the eye itself. Dr Elizabeth also notes that if it gets more severe, it can cause orbital cellulitis, an infection of the soft tissues of the eye socket behind the orbital septum. ‘This is sight threatening and can lead to an ophthalmic emergency,’ she stressed.