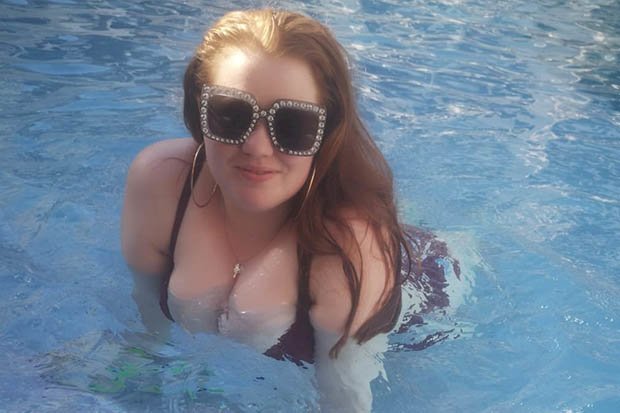 She placed the order on May 22 – which arrived a few days later – but Katrina decided to store everything and try them on closer to the time.

But following a conversation with her cousin about a party while she is away in St Lucia, Katrina was horrified when she opened the Boohoo order.

She added: “I ordered a whole bunch of stuff on a £5 deal. I’m going to the Caribbean on June 23 for seven weeks and needed some new bikinis.

“I had been buying things and then stockpiling them ready for the holiday. I thought I would try everything on in one go.”

She continued: “But I was speaking to my cousin who is a fashion designer and I told her there is going to be a candy-themed party in St Lucia.

“She was coming up with ideas of what I could wear and I said I’d bought a striped bikini which could work.

“I couldn’t believe it when I opened the package. I thought to myself, ‘why me? Why do I always get these ridiculous things happening to me’?

“I decided to post it on Twitter because I thought I could have some fun with it.

“I’m lucky I had a conversation with my cousin. I opened it up and put it against myself and could only fit one leg through.”